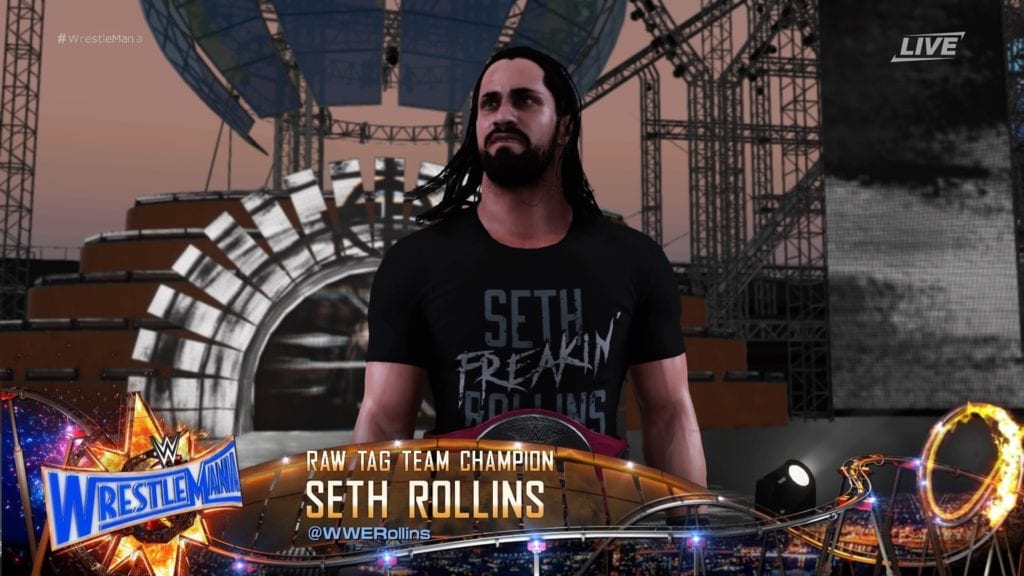 WWE 2K18 has finally arrived. After spending some quality time with this year’s release, it definitely feels like a small progressive step forward as opposed to a giant leap. Whether you consider this a good or bad thing largely depends on how you felt about WWE 2K17. I was a big fan of the game, so I can already tell I am going to have a lot of fun with 2K18.

That said, many of the major annoyances from previous years are still here. So while this does initially feel like a small step forward, there’s an argument to be made that 2K missed out on a lot of opportunities to shore up some various gameplay and game mode issues.

The gameplay feels nearly identical to last year, if not completely identical. The biggest addition is the new carry system. Instead of needing to whip your opponent into the turnbuckle or against the announcer’s table, you can now transition from a grapple move directly into a carry position. From there, you can run and toss your opponent into the turnbuckle, powerbomb someone onto the guardrail, and much, much more. It adds another layer of realism to your matches.

Matches still have a back-and-forth feel to them, creating an element of excitement and surprise. Sliders and difficulty settings should help almost any player find their ideal challenge. Many people complained that 2K17 was too easy, and while it’s too early to say whether that’s the case this year, it’s worth nothing how similar this year’s release feels to last year’s. 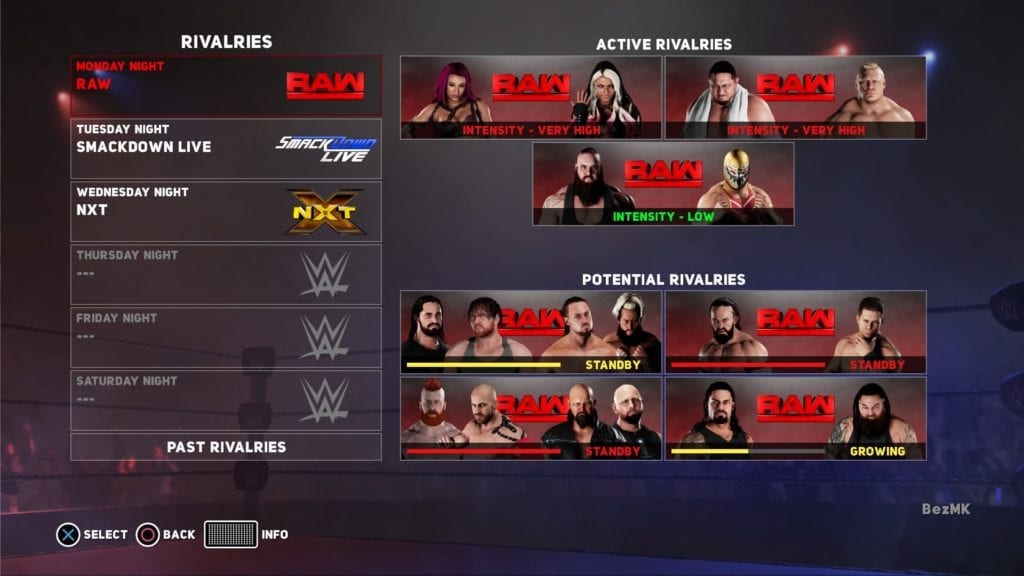 The new graphics overhaul was something 2K18 bragged about up until release, and it’s easy to see why. Huge strides were made over what we saw in 2K17, with a heavy emphasis on lighting. It adds another level of detail and realism that gives off a more television-like presentation style.

While it’s definitely an improvement over 2K17, there’s still some work to do. The lighting effects are perhaps too pronounced, leading to somewhat of a cartoony, glossy look — not to the point where it detracts from your experience, but enough to make a note of it here. And to be clear, this is definitely a huge step in the right direction. Characters are more true to life, and the movements look more realistic. There are some issues to iron out, sure, but I like the direction 2K is headed.

As for the new commentary team, well, take a guess. I applaud 2K for changing things up, including having all three men (Saxton, Graves and Cole) record in the same room in an effort to increase realism, but it still falls flat. It just comes across as forced and awkward, instead of adding something to your matches, it tends to detract.

The overall presentation is improved, however. The menus are much nicer and easier to navigate. Most importantly, the loading times have improved big time. The 2K17 loading times were horrendous, so it’s nice to see some improvement in that area.

MyPlayer features the highly touted Road to Glory mode, which lets you compete with your MyPlayer in qualifying matches against other MyPlayers before qualifying for the main event match, competing against a real-life WWE Superstar. In order to make the PPV card, you must first complete all of the challenges. As you fight, you earn XP to level your player up and earn new loot cases. You can also earn boost upgrades, which provide temporary attribute boosts during matches.

I haven’t gone in-depth with MyPlayer yet, but the creation suite seems limited. For example, maybe I just missed this, but I couldn’t find an option to change my character’s hair color (I’m sure you guys will be quick to point out I’m crazy if it is there, and I’ll change this accordingly). Hair style, yes, but not color. The creation suite is relatively limited, at least initially, but easy to navigate. There are tons of upgrades and cases to earn, so there’s plenty of replay value here.

As for MyUniverse, the changes here appear to be small. The rivalry system has added potential rivalries to go along with active rivalries, both of which now have an intensity meter. The system itself, however, still feels rigid and antiquated. The layout is largely the same, but it is easier to quickly toggle superstars on/off certain shows. They’ve also added power rankings, which provides a quick snapshot of how everyone is performing within your Universe.

I did some quick sims and, so far at least, I haven’t noticed a lot of wrestlers from other shows wrestling random matches on the other brand’s card. The 2K team has also promised that this year’s release will better be able to handle the brand split and the multiple PPVs that come with it. This is the mode I tend to spend the most time with, and I’ll have more thoughts on it later this week.

It’s early, so perhaps my initial thoughts will change as I spend more time with the game, but this definitely feels like a slight upgrade over 2K17. In addition, there are enough additions that make it feel fresh. Create-a-Match has returned, along with elimination matches. The roster is the biggest it’s ever been, giving users the chance to create an endless amount of dream matches. Which, again, for someone like me who loved 2K17, I am fine with. For others who feel like 2K17 was antiquated, this could be an issue. Still, I would recommend you give it a shot. And if you haven’t tried a WWE game in a long time, this would be a great place to start.

How do you feel about WWE 2K18 so far? Let us know in the comments!