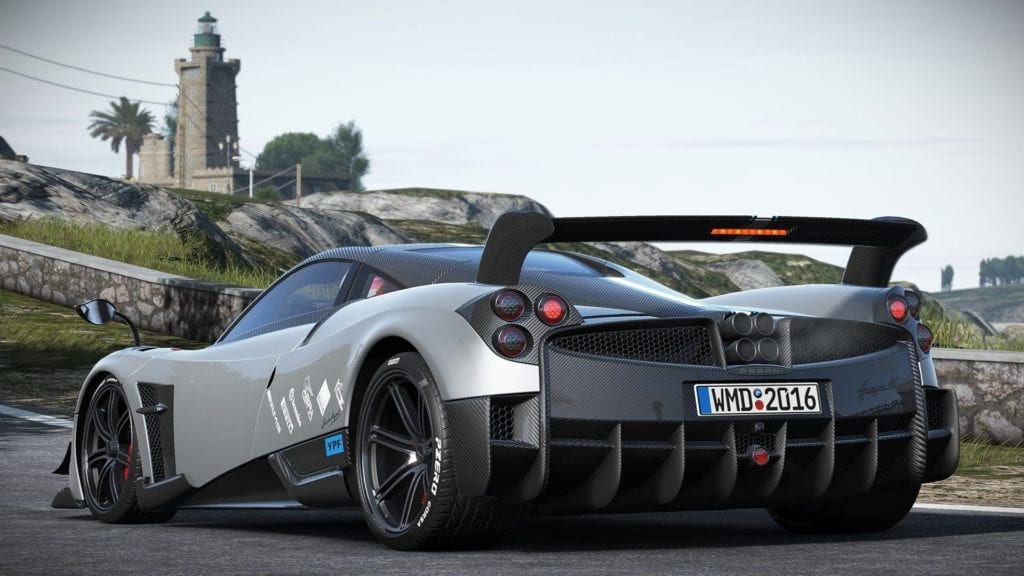 This free, PC-only game has been built around the market-leading Project CARS game, and is the result of a unique collaboration with legendary Italian car-maker Pagani Automobili. Designed to showcase both the very best examples of Pagani’s eponymous supercars along with the world-class technology that underpins the best-selling Project CARS game, Project CARS – Pagani Edition is an invitation to encounter the digital integration of high-octane hypercars with cutting-edge racing-game technology.

Featuring the Pagani Huayra, Huayra BC, Zonda Cinque, Zonda R, and Zonda Revolucion, Project CARS – Pagani Edition has been specifically designed to run on the Oculus Rift and HTC Vive and offers both car and motorsport aficionados the last word in state-of-the-art simulation.

“Collaborating with world-class auto-makers such as Pagani is a real thrill for any racing simulation developer.” said Stephen Viljoen, Game Director for Project CARS. “Key to our thinking in creating the Project CARS – Pagani Edition game was how to showcase both the best of what is undoubtedly one of the world’s most iconic car-makers, and the leading-edge technology that underpins our Project CARS franchise. We’re confident that this will be a wonderful experience for those who haven’t yet tried our game, especially in VR, where we are market-leaders.”

“I’ve always been thrilled by videogames, and Project CARS sums all the things that I love about cars: the passion and the experience.” said Horacio Pagani, Founder and Chief Designer, Pagani Automobili “I’m proud and honored to see the Project CARS – Pagani Edition, and I hope all our fans all over the world enjoy the possibility to drive our creations, especially the new Pagani Huayra BC.”