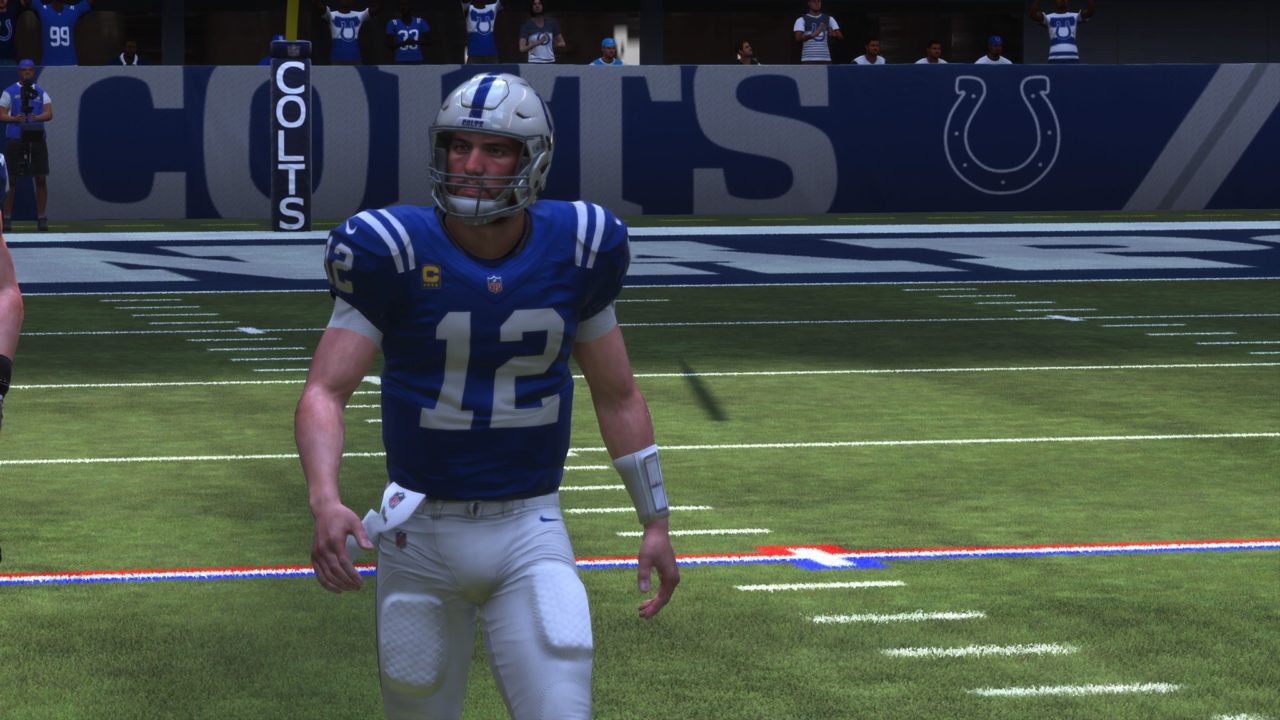 Houston’s roster is littered with talent from top to bottom, and it all starts with quarterback Deshaun Watson. Watson is one of the better dual-threat QBs in the NFL, and we all know how those type of players flourish in Madden. Houston’s offense has plenty of stars, with none brighter than wide receiver DeAndre Hopkins. Hopkins is the best receiver in the NFL, and it should reflect that way in this year’s game. Opposite of Hopkins is Will Fuller. However, for as good as the offense is, the defense might be that much better. Houston’s front-seven might be the best in football with J.J. Watt and Jadeveon Clowney causing nightmares for opposing QBs. Lastly, the Texans’ secondary still has the aging but still solid Johnathan Joseph, and a safety tandem consisting of Tashaun Gipson and Justin Reid. The Texans should be a fan favorite this season.

There has been no better quarterback prospect in the last decade than Andrew Luck. And now that he’s finally healthy and surrounded by playmakers, he’s ready to build upon his legacy. Frank Reich’s offense is very good and has the potential to blow the top off of opposing defenses with speedsters T.Y. Hilton and Parris Campbell.They also finally found a suitable running back in Marlon Mack, and also have change of pace runners Nyheim Hines and Jordan Wilkins. Let’s not forget the Colts’ impressive offensive line. On defense is where the Colts have improved the most in recent years. And with playmakers like Darius Leonard, Jabaal Sheard and Justin Houston, Indianapolis will be hard to contain on the virtual gridiron.

No one can say with certainty who the Jaguars truly are. In fact, after almost making the Super Bowl in 2017, they seemingly fell off the map. But with the addition of quarterback Nick Foles, the time is now for Jacksonville to show the NFL what they’re capable of. Foles will have to rely on running back Leonard Fournette, and receivers Dede Westbrook, D.J. Chark and Marquise Lee. Beyond that crew, the offense is a bit lackluster. Still, they should be greatly improved over past teams. In either case, what remains the strength of this team is the defense. It’s as good as it gets on paper. With shutdown cornerbacks Jalen Ramsey and A.J. Bouye, it’s going to be difficult to move the football versus this defense.

If you hop in a time machine and travel back to the ’70s and ’80s, there you will find the 2019 Titans’ offense. A team that is built to run the football with one of the meanest running backs in the game, Derrick Henry — and a complementary back in Dion Lewis. The quarterback situation is a bit underwhelming, but Marcus Mariota’s mobility makes him a dual-threat in Madden 20. Tennessee’s wide receivers are in better shape this year with the addition of A.J. Brown opposite of speedster Corey Davis. Defensively, there’s a lot of potential, but they still may have the worst defense in the division.