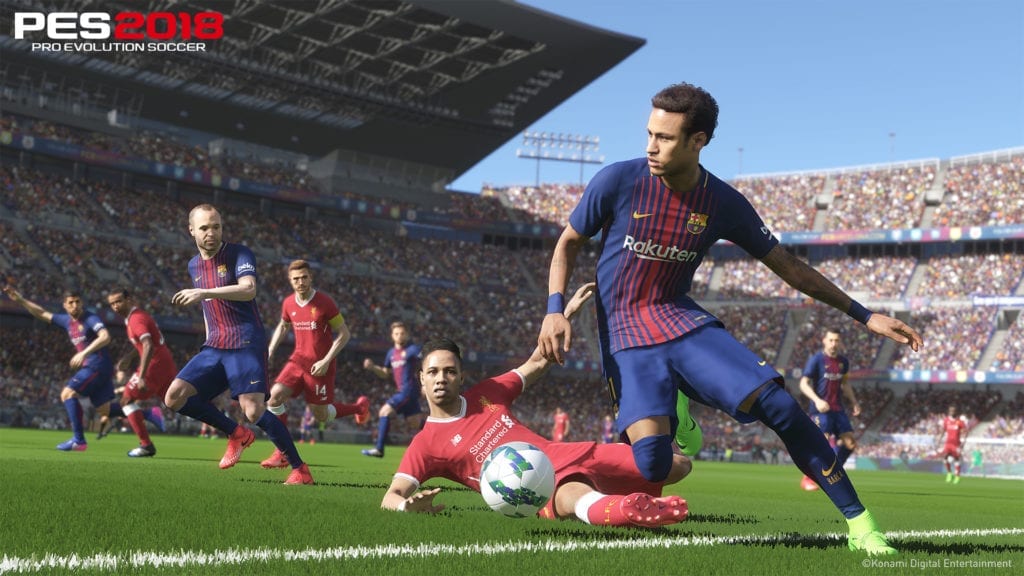 It’s been nearly a month since Konami’s strong E3 showing. Gameplay videos have been broken down with every little nuance and detail dissected. Now that the excitement of E3 has worn off it’s time to look ahead and see what’s in store for PES 2018. 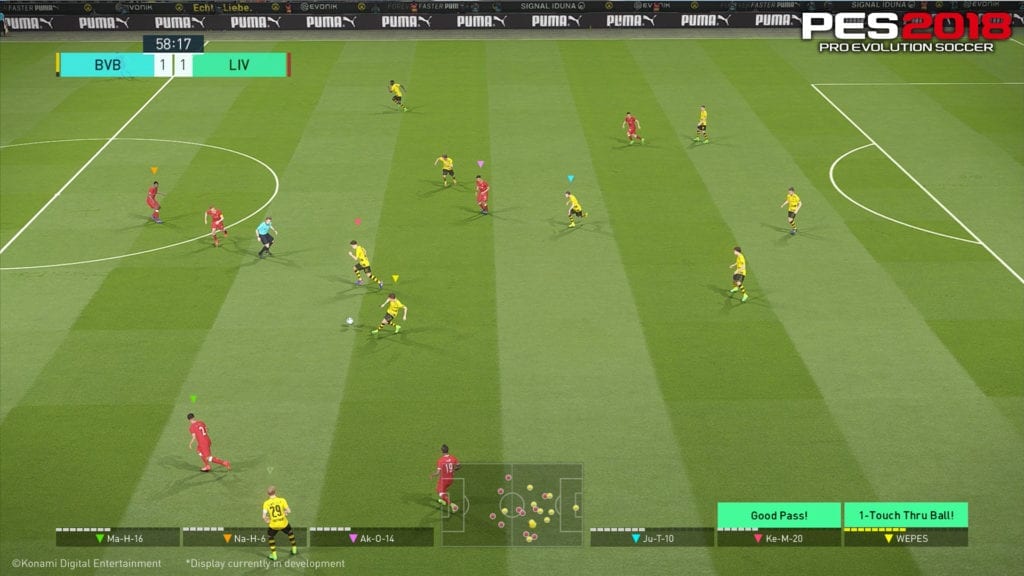 There are two significant events on the upcoming PES 2018 radar. First-up is the Online Beta which is scheduled to drop July 20th and run through the 31st. Similar to PES 2014 in the sense that we should in theory be able to play two demos but different in that the main reason for this beta is to test out some new network architecture aimed at improving on Konami’s less than stellar online performance. Little is known regarding the details of the Beta apart from two modes being available, “Quick-Match” and a new “Online Co-Op”. Konami defines Online Co-Op as a “ new mode dedicated to 2v2 and 3v3 co-op play, with support for local guests. Play together with friends, take your team to the top or simply have some fun via one-off casual matches.” If there’s an area that drives foot fans to FIFA apart from Licenses it’s EA’s strong online performance. Whether you’re a fan of Ultimate Team, Seasons Mode, etc… there’s no denying that FIFA plays just as well online as it does offline in regards to lag and online stability.

Not only will Konami be able to reap the benefits of what’s basically a small scale (11 days) network test, they’ll also be able to obtain valuable gameplay feedback from a community that is never shy about sharing their concerns. What build (E3 or updated) Konami will release is still unknown as well as what teams will be playable but if I were to wager I’d bet the house that FC Barcelona is one the clubs available to play with.

Looking Ahead to Gamescom

The second key date for PES 2018 coincides with the annual Gamescom convention in late August. This four day event (August 22-26) is normally reserved for an updated playable build and the announcement of licenses. By most accounts, feedback from the E3 build was positive which means that Konami will focus their efforts on refining the gameplay instead of overhauling it. Sure, there’s still the odd positioning snafu and awkward animation but gamers looking for a sim experience will feel reassured by the “realistic game pace” boasted by those who were able to get their hands on the game at E3. By Gamescom, the game is usually ready for production with the official release date right around the corner (September 12th) so anything that will be changed will come via a Day 1 patch (not uncommon for sports games this year due to the demand for updated rosters). 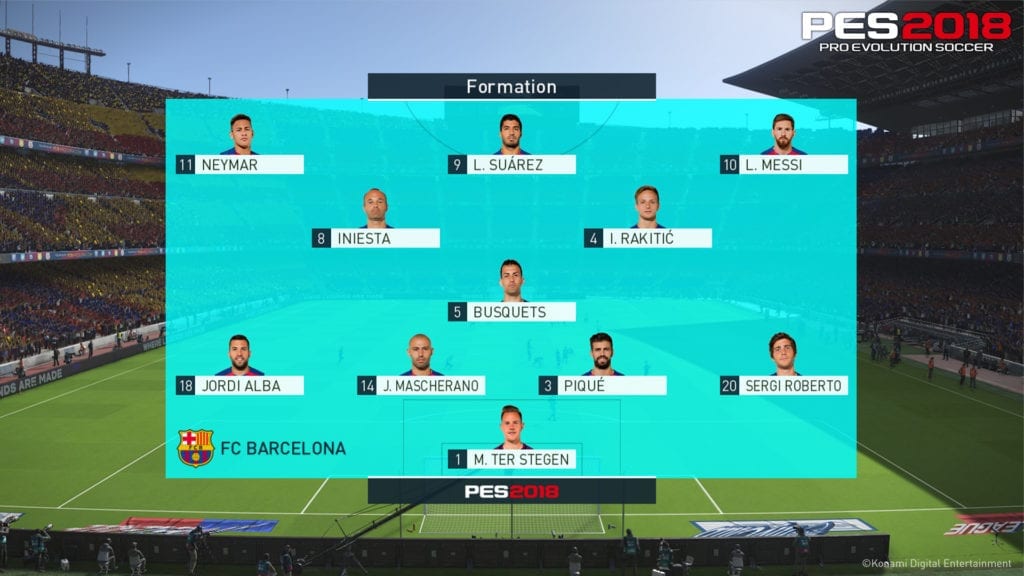 In years past, the time leading up to Gamescom is usually reserved for the release of information such as Master League changes, MyClub features, and other mode related tidbits. Adam Bhatti, PES’ Global Product & Brand Manager, has already hinted via twitter (insert twitter link) and various interviews about some of the changes to Master League as well as the UI. Some of these UI changes can be seen in the various gameplay videos released. Live statistics and overlays during matches gives the game a much more broadcast feel and help to immerse the user in the overall experience. It’s these “small” changes that often advance the overall game forward, especially when gameplay is generally considered strong already. Hopefully we’ll also hear news about the feasibility of Option Files on the Xbox 1.

As we sit back and wait for these key PES events to approach, what are you looking forward to the most?