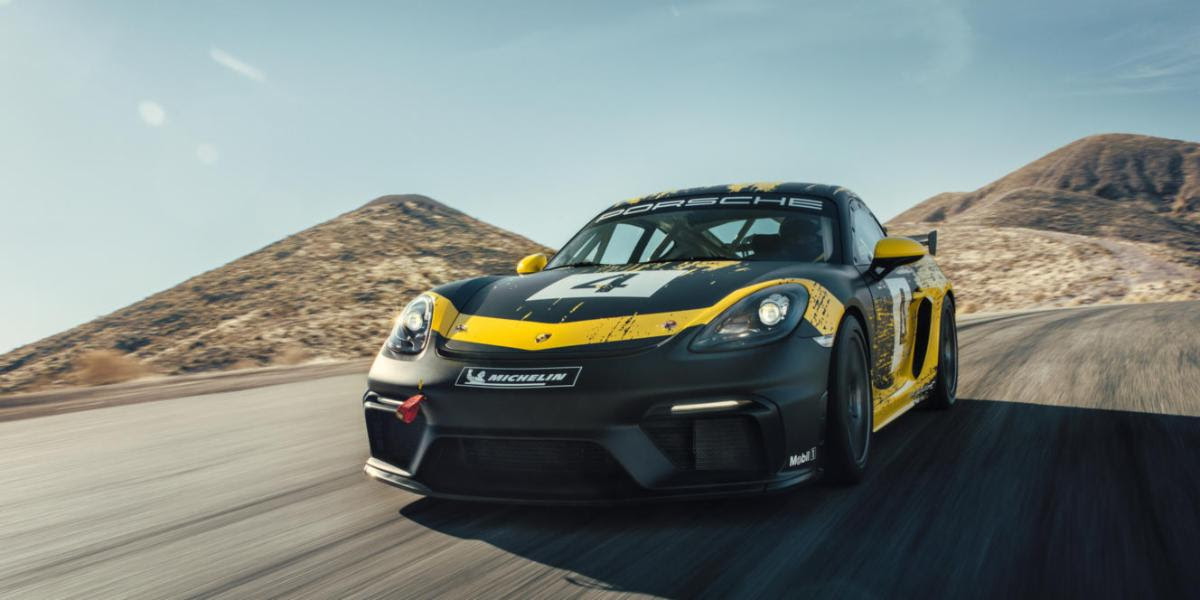 iRacing has announced the Porsche 718 Cayman GT4 Clubsport will be making its iRacing debut this winter. The announcement was made during this weekend’s IAA 2019 at Frankfurt am Main, where 30 of the world’s top iRacers, including six in the Porsche exhibit itself, competed in a live Porsche Esports Supercup race streamed online around the world.

“The Porsche 718 Cayman GT4 Clubsport is an immensely popular car that we can’t wait to launch this winter,” said Steve Myers, executive producer, iRacing. “We’re grateful for the opportunity to work with Porsche once again on bringing one of their most exciting racecars to life next year. iRacers have been asking us for more aggressive road racing content, and we know they’ll be enamored with the 718 Cayman GT4 Clubsport when it makes its debut.”

The Porsche 718 Cayman GT4 Clubsport represents pure motorsport. The recipe is well known and proven: lightweight, well-balanced performance. Whether driving it at a track day or in wheel-to-wheel competition, it is in its element. But be careful: the more you drive it, the less you want to stop. The GT4 Clubsport is more than a commitment to the racetrack, it is a declaration of addiction to motorsport.

Popular throughout the world, the Porsche 718 Cayman GT4 Clubsport competes in a number of series internationally, including the IMSA Michelin Pilot Challenge. Porsche has already announced that the brand new Porsche Sprint Challenge GB will feature the 718 Cayman GT4 Clubsport on top British tracks in 2020. The car has also been adapted for use in the Pikes Peak International Hill Climb as part of the Porsche Pikes Peak Trophy, which was won by Travis Pastrana in each of the past two years.

iRacing’s partnership with Porsche has extended to multiple vehicles and eSports series. The Porsche 911 RSR GTE, Porsche 911 GT3 Cup, and Porsche 919 Hybrid LMP1 are already available on iRacing. Earlier this year, the Porsche Esports Supercup, iRacing’s premier road racing World Championship, launched with a 10-race season that will pay $100,000 in prizes. The inaugural championship will conclude on Saturday, September 28 at 10AM ET with a round at the virtual Autodromo Nazionale Monza.

For more information on iRacing and for special offers, visit www.iRacing.com.

Cancel reply
Discussion
Click here to reply to the discussion
Continue Reading
You may also like...
Related Topics:iRacing, racing