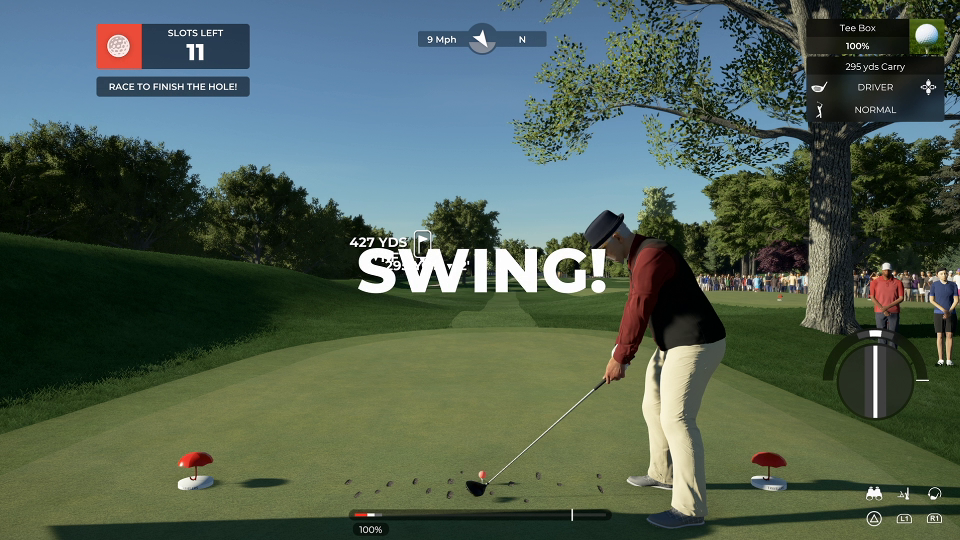 As if to fulfill some sort of legal obligation that all games need to at least attempt to implement some sort of battle royale mode, PGA Tour 2K21 introduced a new Divot Derby mode recently. In this mode, players try to shoot a round of speed golf faster than 19 other opponents. The slowest players gradually get eliminated over the course of nine holes or until there’s only one golfer remaining to be crowned as the speediest on the course. You can even bring in your own party of four if you want you can earn bragging rights (or some real money if you prefer) over your friends.

Though it could see plenty of fine-tuning in the coming days, at the moment it’s a mode that certainly works better on paper as a concept than it does in its execution. The mad rush to the pin does succeed in creating some added excitement, and the fact that it’s all over with rather quickly (even if you’re the last one standing at the final hole), makes it a welcomed addition for online players. However, there are still plenty of bugs and kinks that need to be ironed out (no pun intended) if it wants to become a mode people return to regularly.

One of the best parts of playing Divot Derby has to be the “3, 2, 1” countdown leading up to everyone teeing off. You get to see the rainbow spray of yours and everyone else’s golf balls of different colors shooting through the sky from the tee box. It’s a mesmerizing image that never really loses its hypnotic appeal no matter how many times you play, though the effect does obviously diminish some as the number of golfers is trimmed.

You can take some time to survey the landscape of the hole and account for any wind if you like, but you have to be aware of the fact that every second you take to properly line up your shot is an advantage that others are going to have when they’re lining up their next shot before yours may have even landed. You’ll soon find that this constant balancing act of planning your shot vs the ticking clock becomes the overriding theme for the entire mode as you move on to considering your approach shots. 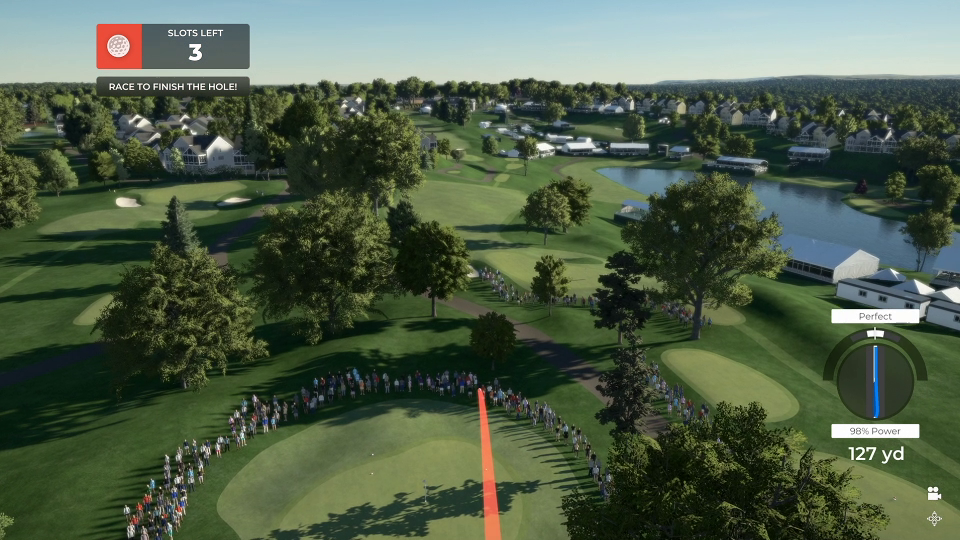 On a lot of holes (especially any par-4s), your second shot is going to be the one that makes or breaks you in Divot Derby. You can always overcome a bad tee shot with a good approach, but if that approach doesn’t get you on the green or at least somewhere close to it, the likelihood of being eliminated increases substantially. If you’re going to take a little extra time with any of your shots, it should be the one that can potentially get you close to the pin for an easy putt, so that means maybe take a moment on those par-3 tee shots to see if you can’t give yourself a tap in for birdie to qualify for the next hole.

Because this is speed golf and every second counts, it’s a little annoying to sometimes have to deal with the game (or some AI caddie ostensibly) suggesting clubs that are less than ideal for the shot you’re trying to make. This is less of a problem on longer holes where the driver is usually selected by default off the tee. However, it will sometimes give you a wood instead of a driver, and changing that club and lining up your shot can cost you some valuable time. This is even more of a problem on approach shots where you will often be forced to quickly cycle through clubs — or even types of shot (switching from a pitch to a normal swing or a chip to a splash, for instance) — when considering things like wind, elevation, and lie to decide on the appropriate play.

To make things even more stressful, you’re not able to fast forward your shots at all like you can in all other modes, so you’ll sometimes be stuck waiting for what feels like an eternity as your shot continues to bounce and roll when all you want to be doing is lining up the next shot. 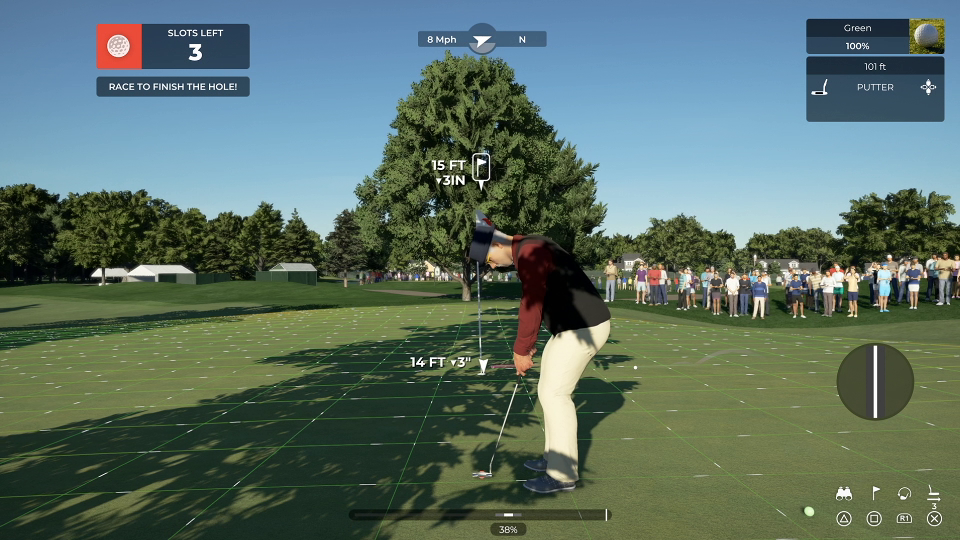 While you may be able to make things so much easier with a good approach shot, putting will inevitably determine whether or not you survive until the next hole. As you putt or even as you get closer to the hole in general, you may want to pay some attention to the display in the top-left corner as that lists the slots remaining to qualify for the next hole. This will give you a pretty good idea of how urgently you need to be thinking about holing out, especially when you’re able to see other colored balls littered about the green.

Of all the tense moments in Divot Derby, none may rival the ones when you know there aren’t that many qualifying slots left and you can see other balls closer than yours on the green. In that instance, you have the sudden realization that you’re about to have to sink what can sometimes be a pretty long putt if you want to continue. This is usually only exacerbated on the final hole, when it will so often come down to a putt-off between you and one or two other people, and you don’t have a whole lot of time to read the green before you make that bid for glory. 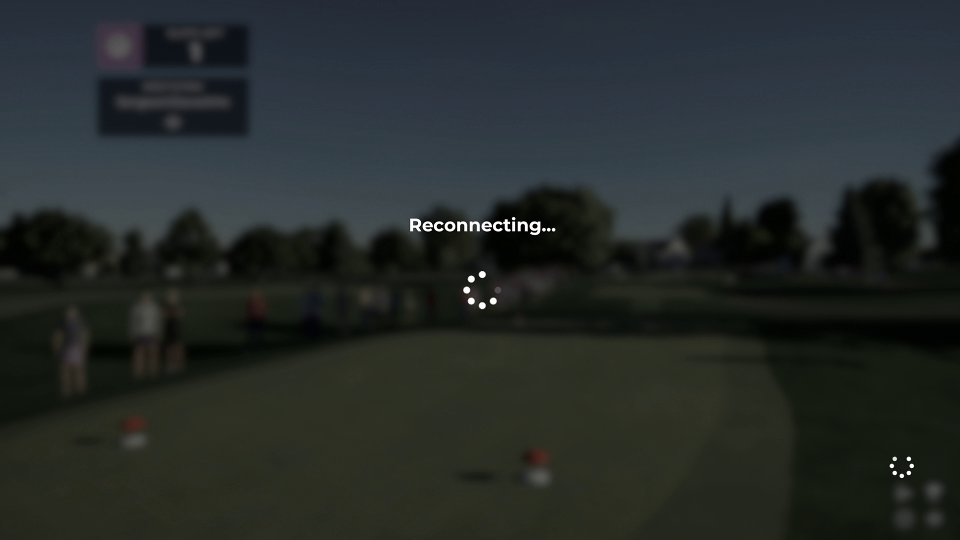 The biggest issue the developers of this new mode have to overcome is keeping everyone in the match connected — or else find better solutions for what happens when people begin to disconnect. Each Divot Derby match is supposed to begin with 20 people competing online, but in cases where you’re not able to find that many people able to join, it’s common to find yourself playing against real-life PGA Tour players being controlled by AI. This might be better than not being able to play a match at all (and surely there are some who might actually even like playing speed golf against the pros they watch on TV), but it’s the kind of mode that’s enhanced by competing against other real people.

It’s an even bigger problem when your match begins to see people leave right in the middle of it. To be fair, it’s unclear how much of this is people choosing to quit and how much is people simply losing connection with the rest of the group. Regardless of the root cause, the outcome is the same and right now it has the potential to sometimes completely derail a match. When the mode’s been designed to have a couple of players eliminated on each hole, and yet you’re constantly having people disconnect from the match for whatever reason, it can become a little confusing as to whether eliminations are even necessary on certain holes when you’re shedding so many players naturally anyway. 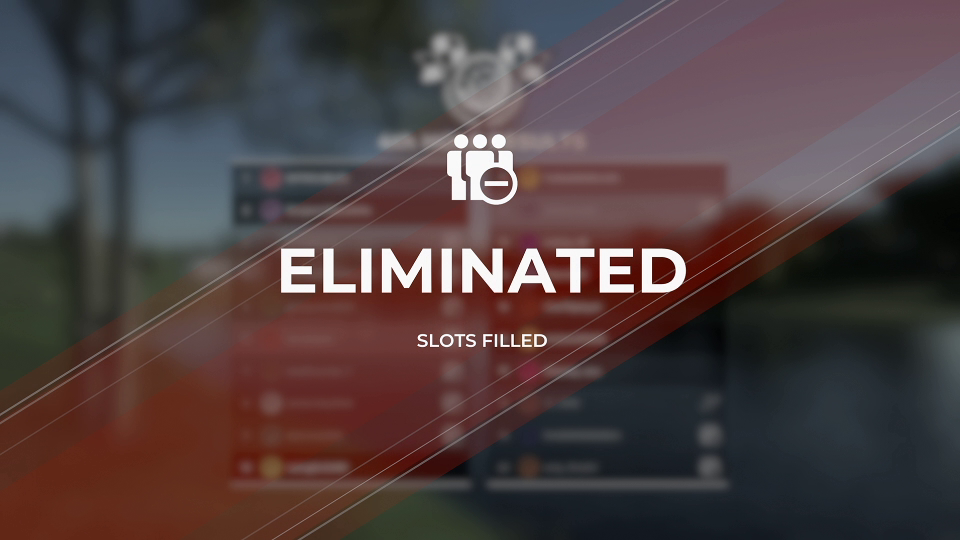 I’ve had multiple matches get all the way to the last hole only to have people disconnect and no real winner be decided when the mode essentially hangs and eventually requires quitting out through the dashboard. Needless to say, playing a game that’s ultimately pointless because no one wins is not exactly an ideal scenario and not something that will keep people coming back for more.

There are also times when you’ll be in the middle of the hole and suddenly get a “reconnecting” screen for a good 15-30 seconds, which might not seem like that long, but it becomes kind of important when you’re playing a round of speed golf. 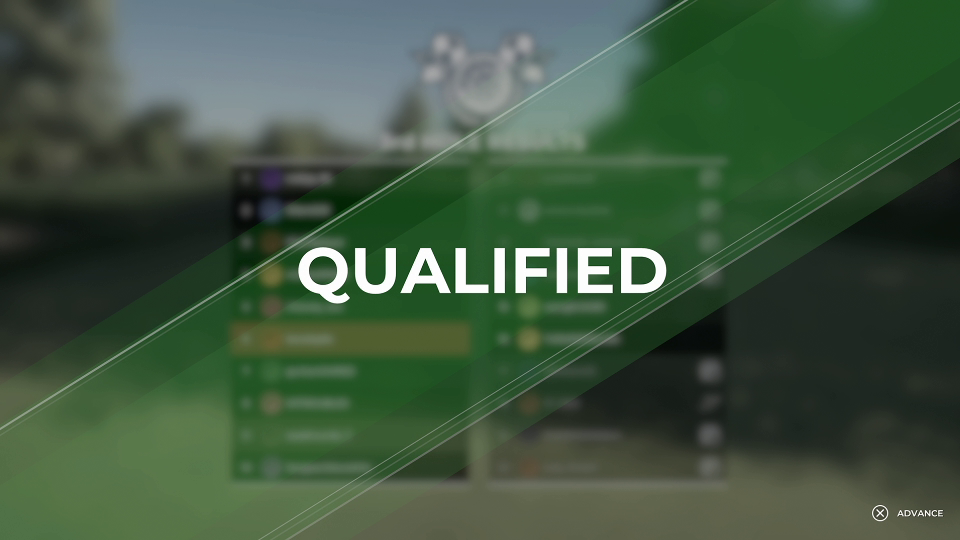 When a Divot Derby match works as intended, it’s clear to see that there’s plenty fun to be had in a BR-style speed golf mode, and it serves as a quick and innovative online option that had been missing in PGA Tour 2K21 up until now. Unfortunately, it’s still a little too glitchy at this point and some of those connection (and disconnection) issues are significant enough to make you wary of investing too much time in a mode where it might only end up wasted in a match that never even finishes.

The good news is that there are solutions to these problems, even though there will always be people who choose to quit a game midway through. The mode just needs to find a way to adjust when those people do decide to drop out by quickly altering the number of golfers who will qualify for the next hole to allow the competition to continue smoothly. It may lead to shorter matches because there won’t end up being as many people that need to be eliminated from the 20 that began, but at least you won’t be stuck with that empty feeling of having played for nothing as you’re forced to reboot the game again to find another match.