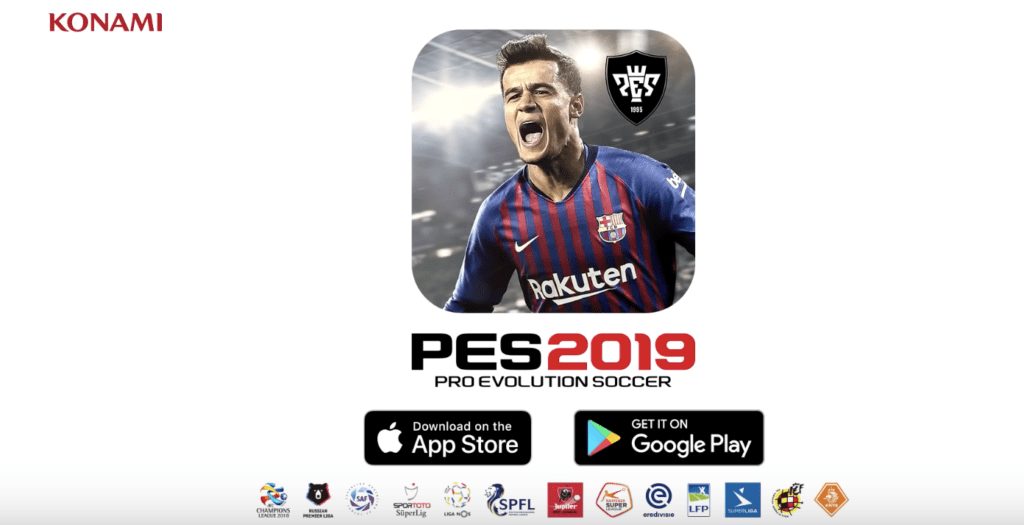 New League Licences added
Official licences of 12 new leagues from around the world have been implemented in-game. From Europe, the Russian league makes its debut as a PES-exclusive, as well as leagues from Belgium, Scotland, Denmark, Sweden, Portugal, and Turkey. New South American leagues have also been implemented, with Argentinian and Chilean leagues added. Finally, the long-awaited J.LEAGUE from Japan has been added, alongside Thai and Chinese leagues for Asia. Select from among an unprecedented number of players and clubs from around the globe and build your dream squad!

New Legend Players
Exclusive Legend players like Beckham, Zico, Romario, and world renowned legends like Cruyff, Nedved, Gullit, Maldini, and Kahn will continue to appear in PES 2019. New Legends will also be added throughout the season, allowing you to play with the best players, past and present!

Limited-edition ‘Featured Players’ coming to PES 2019
Players that performed well in the previous weekend’s matches will be available as ‘Featured Players’. ‘Featured Players’ will have boosted stats based on their match performance, with some even receiving new skills. Additionally, special versions of players from the sport’s most iconic teams will be made available throughout the season, including partner clubs like FC Barcelona and Liverpool FC. Be sure to log in every week and sign the latest Featured Players to truly take your squad to the next level.

New Live Update Feature
PES 2019 will always be aligned with the real world thanks to the new Live Update feature. Info on the latest transfers and individual player performance from real-life matches will be reflected in-game on a weekly basis. Keep up to date with the fast moving world of football to ensure that you’re a step ahead of the competition.