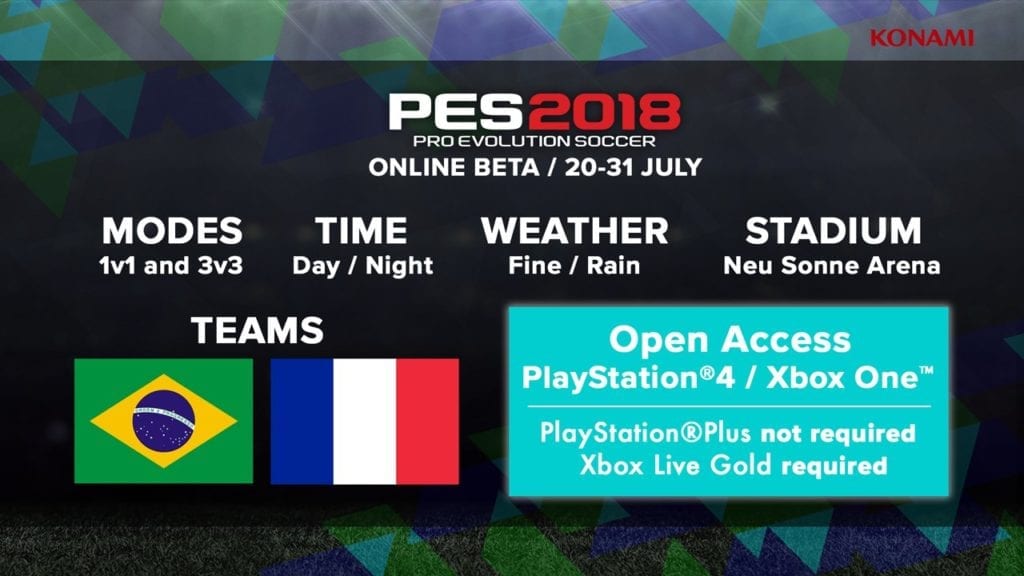 The tentatively scheduled PES 2018 online beta for July 20 through July 31, is now official. Konami tweeted out the details earlier this morning.

Of note, Adam Bhatti, PES Global Product & Brand Manager, mentioned on Twitter that there will be a PES 2018 demo closer to launch, based on final code, this online beta is only to test the online code.