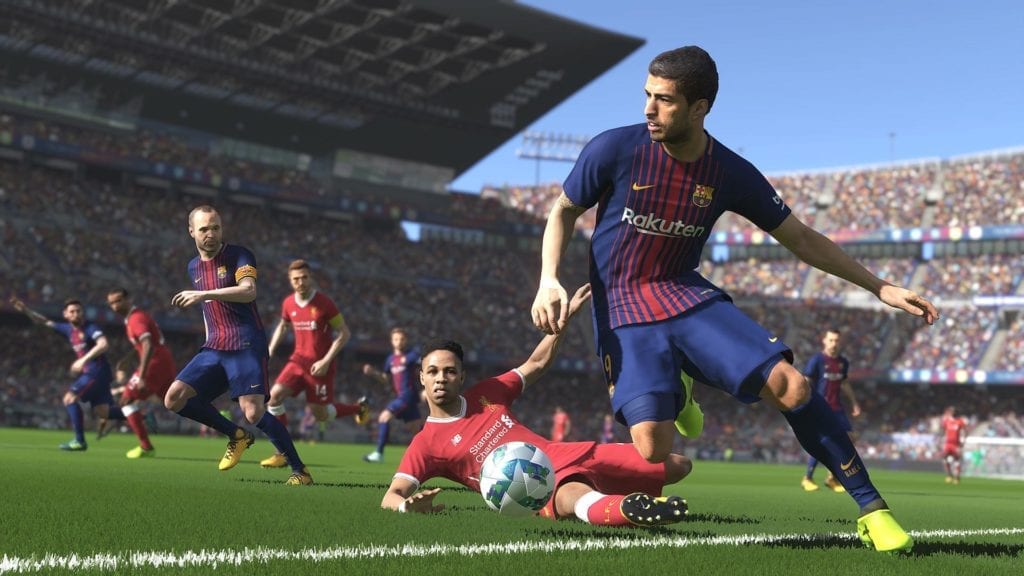 PES 2018 Lite is available now for PlayStation 4 and PC. The Xbox One version hasn’t arrived yet, but we will update this post when it does.

PES 2018 Lite is a free-to-play version of PES 2018, where you can play online myClub and PES LEAGUE mode, as well as offline exhibition matches and training mode, for free.

Create your very own dream team with myClub, where current and historic superstars can be signed. World renowned legendary players like Beckham and Maradona feature, as well as partner club legends Liverpool’s Gerrard, Owen, McManaman, and Inter’s Zanetti, Stanković, and Toldo. More Legend players will appear in-game throughout the year in myClub! Aim to be the best PES player in the world by competing in this season’s PES LEAGUE. Users will be able to qualify for global events by participating in the CO-OP (3v3) ONLINE Championship, time limited tournaments, or the newly introduced PES LEAGUE myClub – either in 1v1 or CO-OP competitions. PES LEAGUE is an online mode which features exciting tournaments to compete against each other to become the best PES player in the world.