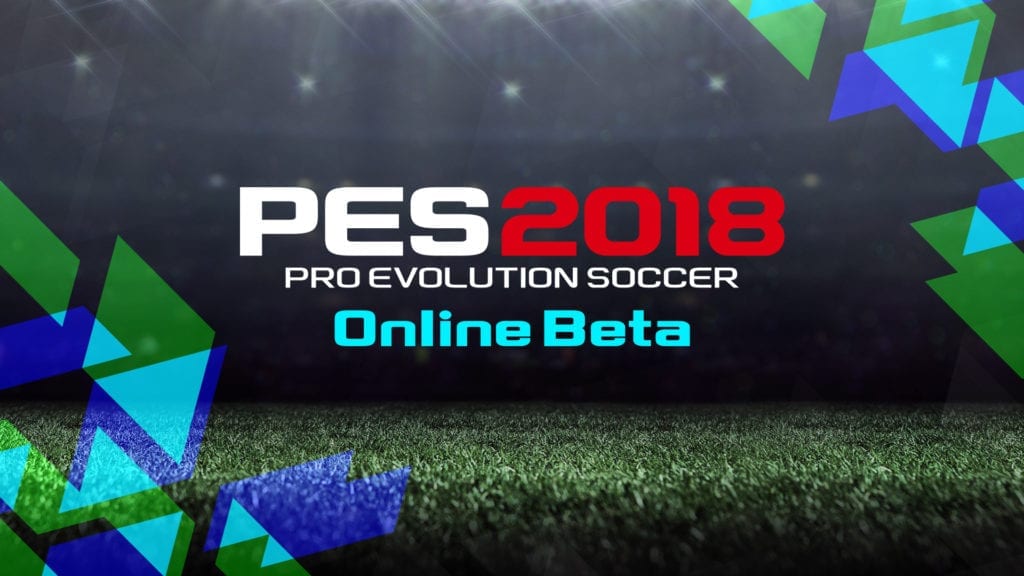 When Konami announced an online beta was to be released for PES 2018  the reaction from the community was one of overwhelming excitement. After all, who doesn’t want to get their hands on a new game nearly three months ahead of release?

As I downloaded the beta and counted down the minutes until it was finished I booted up PES 2017 as sort of an annual tradition. There’s no better way to compare than to play the older edition before cracking open the latest and greatest. Forgoing the main intent of the beta (more to come on that later) I was eager to see and more importantly, “feel” the changes, whether they be aesthetic or cosmetic.

Without further ado, let’s dig into this delicious beta.

The modes might be limited but there’s still plenty of fun to be had. Without lag (more on that to come), quick matches online are reminiscent of times when you and your buddies would sit in front of a TV and play until your eyes bleed (not literally of course).

Co-Op brings a whole new level of enjoyment as you team up with two other randoms and either take on the AI or a set of human players. This mode is where I’ve spent the majority of my time and the little taste now is only going to wet my appetite further come release. When paired with teammates who understand positioning, tactics, and are willing passers it can be very rewarding. Paired with players who want to showcase their arsenal of tricks can cause the mood to turn sour quickly. 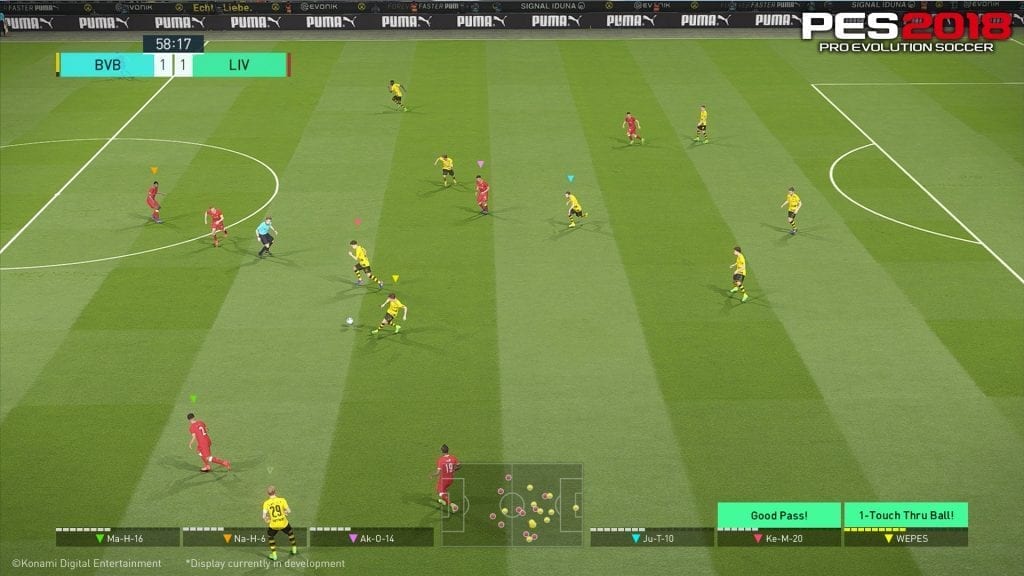 Konami expressed their intentions very clearly when announcing the beta. Poor online performance, whether that be server-related or mode variety, is one of the main areas where PES historically lags behind FIFA (Licenses obviously being #1).

Years and years of laggy matches have left a sour taste in the ever-expanding online crowd. Couple this with layer upon layer of tedious menus and it can seem like hours pass by before you can make a connection.

Thankfully, proved by the overall overwhelmingly positive feedback (According to Adam Bhatti 90% of the matches are of good quality when it comes to connection. While it is still premature to speculate on the menus, the ease at which finding a match is a welcome relief as is the generally lag-free gameplay.

“I wonder if Konami’s new servers can handle a tenfold increase in users.”

The 3 vs 3 Co-Op play was a little troublesome at first when it comes to connecting to a match but Konami have since remedied the issue and given fans a new way to enjoy the game. Online is never going to be as smooth as offline but the fun gameplay we enjoy offline is a close replication online. Still, the final test will come once the game is released and Konami’s global audience attempt to connect with each other.

As good as the beta is when it comes to connectivity I wonder if Konami’s new servers can handle a tenfold increase in users.

Because it’s all about gameplay for PES and as a sim-based community it would be foolish to not talk about the gameplay. Its tough to judge all aspects of gameplay from an online beta centered around human vs human matches. Issues from PES 2017 like spacing, positioning, and game pace usually rear their ugly heads when humans are matched up against each other.

It’s not uncommon to see your human teammates in co-op mode gravitate towards the opposing player on the ball like seven year-olds but with a slower and more realistic pace coupled with new defensive mechanics the gameplay is markedly improved over last year’s edition.

Quick players like Neymar, Dembele, and Coutinho feel dangerous on the ball, ready to skin a defender at a moment’s notice. Not to be outdone, the physical players such as Giroud and Pogba are equally as effective using their size and strength to make the most out of the game’s new auto-shielding feature.

“…with a slower and more realistic pace coupled with new defensive mechanics the gameplay is markedly improved over last year’s edition.”

I’ll admit, I was very skeptical of having the game determine when it should be used but so far my experience with auto-shielding has been exceedingly positive. Not only does it play it out well contextually, players who should use their body like the aforementioned Pogba and Giroud do so, only helping to create solid hold-up play with their backs-to-goal.

The affects of this new feature extend beyond this though as you’re less reliant on quick, unrealistic first-touch passes when put in this situation, thus slowing the pace of the match down to a more believable level. Yes, it takes time to trust this new feature and adapt, both offensively and defensively as it’s all-so tempting to try and go through a player’s back to dislodge the ball risking fouls, but the developers at Konami have hit a home-run with this one.

If I had to sum up in the gameplay in two words it would be “hello freedom”. Everything from dribbling to passing reeks of this newfound freedom. Letting the ball run into space, running onto through balls, and having the game respond to your button input harkens back to the PS2 days when PES was ultra-responsive.

Conversely, dealing with these new attacking options is a welcome challenge. No more “heat-seeking” perfectly timed tackles. In it’s place is a more realistic risk-reward system that punishes players for diving in.

Look, it’s going to take time to adjust, but in my experience thus far I’ve become very good friends with the jockey button. Maybe it’s the internal defender in me that welcomes this challenge but the idea that you must square an attacker up, push him towards help/the touchline is what defending is and should be about.

“Thankfully keepers are much improved and your AI teammates will throw their bodies in-front of shots causing deflections.”

While the gameplay is very strong, it’s not without it’s faults. Passing Assistance Level 1 (PA1) is still a little bit too precise with the game sometimes playing passes off the ground in tight space where a simple grounded ball would suffice.

Shooting still stuffers from too many clean connections resulting in on-target and at-times, very powerful shots. Thankfully keepers are much improved and your AI teammates will throw their bodies in-front of shots causing deflections. One area where keepers could use some improvement is in dealing with finesse shots. They’re still a little too accurate and “floaty” for my tastes.

Overall keepers are solid though and boast a plethora of new animations whether it be saves, throws, or just better general awareness. Player switching is also a little wonky right now although Konami says that it, as well as other things, have been addresses since this pre-E3 build.

I was also able to find in the menu the option to turn off the “next player indicator” as I found it a little distracting. 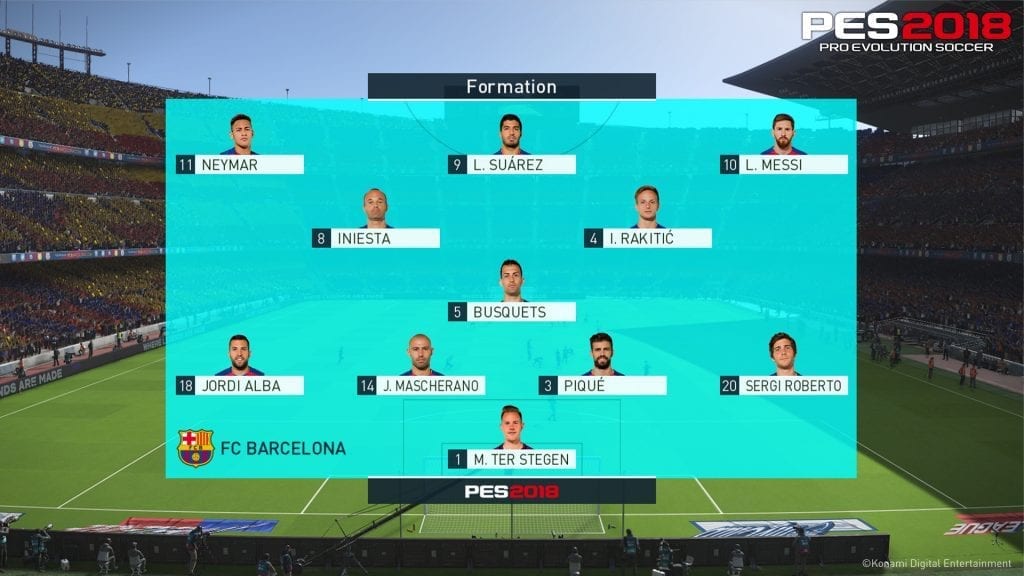 Visually the game looks improved with Konami somehow pulling off the rare feat of pulling the default camera back and still managing to show off their amazing player models. With only two teams available and being two of the premier international sides you’d expect the player details and individuality to shine and it does. Pogba, sporting blonde-hair, is easily distinguishable from his midfield teammate Kante.

Audio is still hit or miss with the opinion coming down to your fondest for the announcers, Peter Drury and Jim Beglin. I’m personally not a fan of someone screaming at me for 90 virtuall minutes but one can’t deny Drury’s passion for the dramatic. Beglin, as always in this series leaves a lot to be desired. He often goes missing and at times will even talk over Drury as he attempts to inject his two cents. I’m usually guilty of turning the commentary volume down once I get my hands on the final game and I expect this year to be no different.

“…this Beta is a breath of fresh air.”

Menus are still a little funky and inconsistent. The initial match screen menus are fine but once you get past the top layer they are still as outdated as ever with the exception of the “Gameplan” screen which now boasts all faces in your starting 11. Tactically there are some new options with wingbacks, the new vogue in real-life, represented for the first time in a while. Still, with a limited time to explore (~120 seconds), it’s hard to really dig into tactics to see their true impact.

At a time when most have been done with last year’s footy offerings for quite a while, this Beta is a breath of fresh air. Even with the limited number of teams available, the day when this beta goes away (July 31st) will a somber occasion.

From there the countdown to Gamescom, where more information on licenses and modes are announced, will officially begin. While there’s no news of when the demo will drop, Konami’s Brand Manager Adam Bhatti has hinted that they’re building the biggest demo ever!

We're building the biggest demo ever, with lots of teams, something you'll be able to truly judge. Until then…let's fix online!!!! 👍

Until then let’s just enjoy the beat because if Konami gets their online right, we’ll likely never have access to the newest iteration of PES this early.

How has your PES 2018 beta experience been thus far?