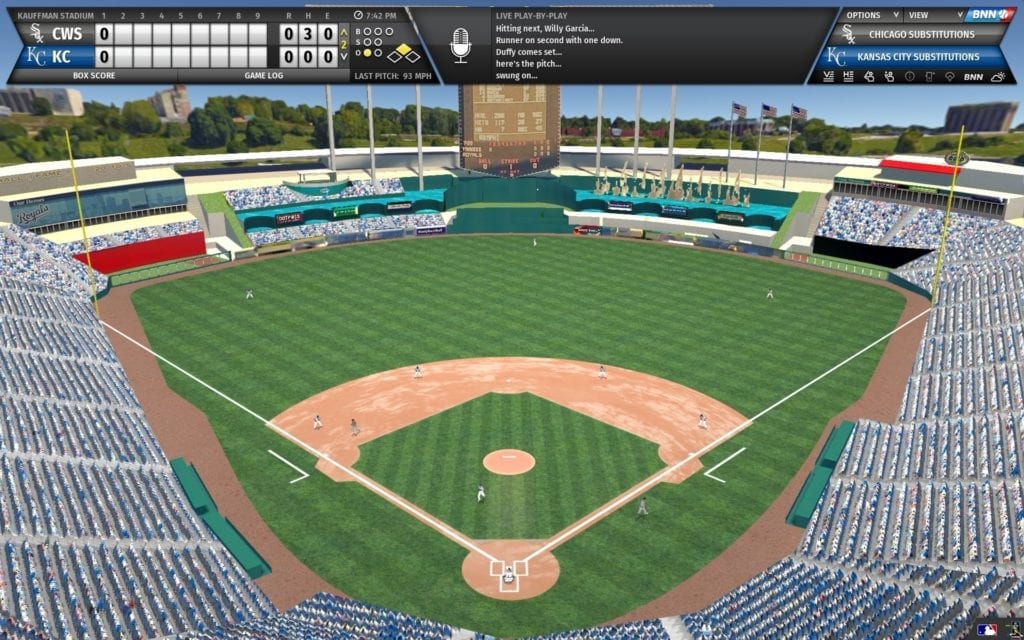 The Road to Release series has been a long-time staple of OOTP’s history, and this year we thought we’d lead off with a look at the amazing new 3D graphics engine found in the game. 3D came to the OOTP series in version 15, when 3D stadiums were introduced, and “peg people” who moved around the field arrived in version 17.

However, this year, for the first time, you get to experience animated players pitching, hitting, running the bases, fielding balls, and even celebrating walk-off wins. As impressive as it looks, this is just the start of some exciting advances in the game. Every feature introduced to OOTP is improved upon every year, and this one is no exception. 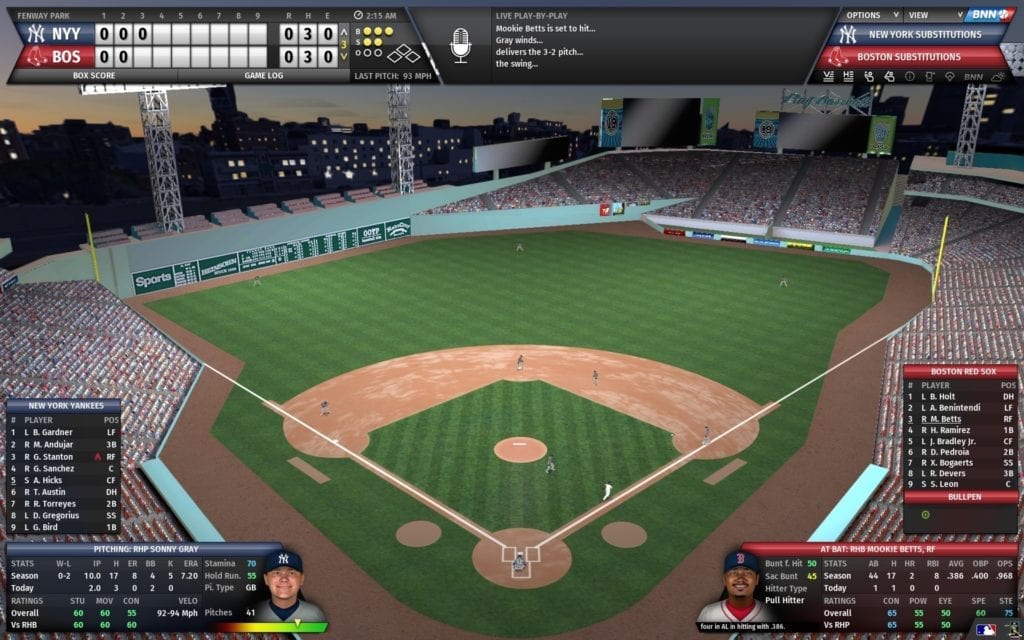 OOTP’s 3D stadiums are a perfect example of a feature that’s made large strides since its introduction. All 30 MLB stadiums are rendered in exquisite detail in OOTP 19. Fenway Park’s Green Monster, Citizen Bank Park’s Liberty Bell, and Kauffman Stadium’s fountains are all there, among many other unique ballpark features. You’ll even see the usual billboards, video screens, and luxury boxes.

Combine the new 3D player models with the improved stadiums and you have an immersive experience every time you call the shots from the dugout. The pitcher winds up and throws, the batter makes contact with a satisfying crack, and the fielders take realistic routes to balls in play. The pitcher will even run behind the catcher, or the first or third baseman, to provide back-up, and after a strike-out with no one on base, the catcher will initiate a throw around the horn, just like in real life.

When a batter gets a base hit, he’ll take a wide turn at first, thinking about going for two, and he’ll run past the bag on a ground ball, hoping for a “Safe!” call. Call for a steal and he’ll run with the pitch, diving in headfirst as the catcher zips a throw. After the third out, the players run off the field, and a walk-off win brings teammates streaming out of the dugout to celebrate.

The OOTP Developments team has much more planned for this part of the game, so watch for improvements during the rest of this year and beyond.

Cancel reply
Discussion
Click here to reply to the discussion
Continue Reading
You may also like...
Related Topics:baseball, ootp 19, OOTP 3D Engine, out of the park baseball 19, Out of the Park Baseball 19 3D Engine, spotlight

Some New OOTP 19 Features Revealed
Out of the Park Baseball 19 Road to Release 2: The In-Game Screen