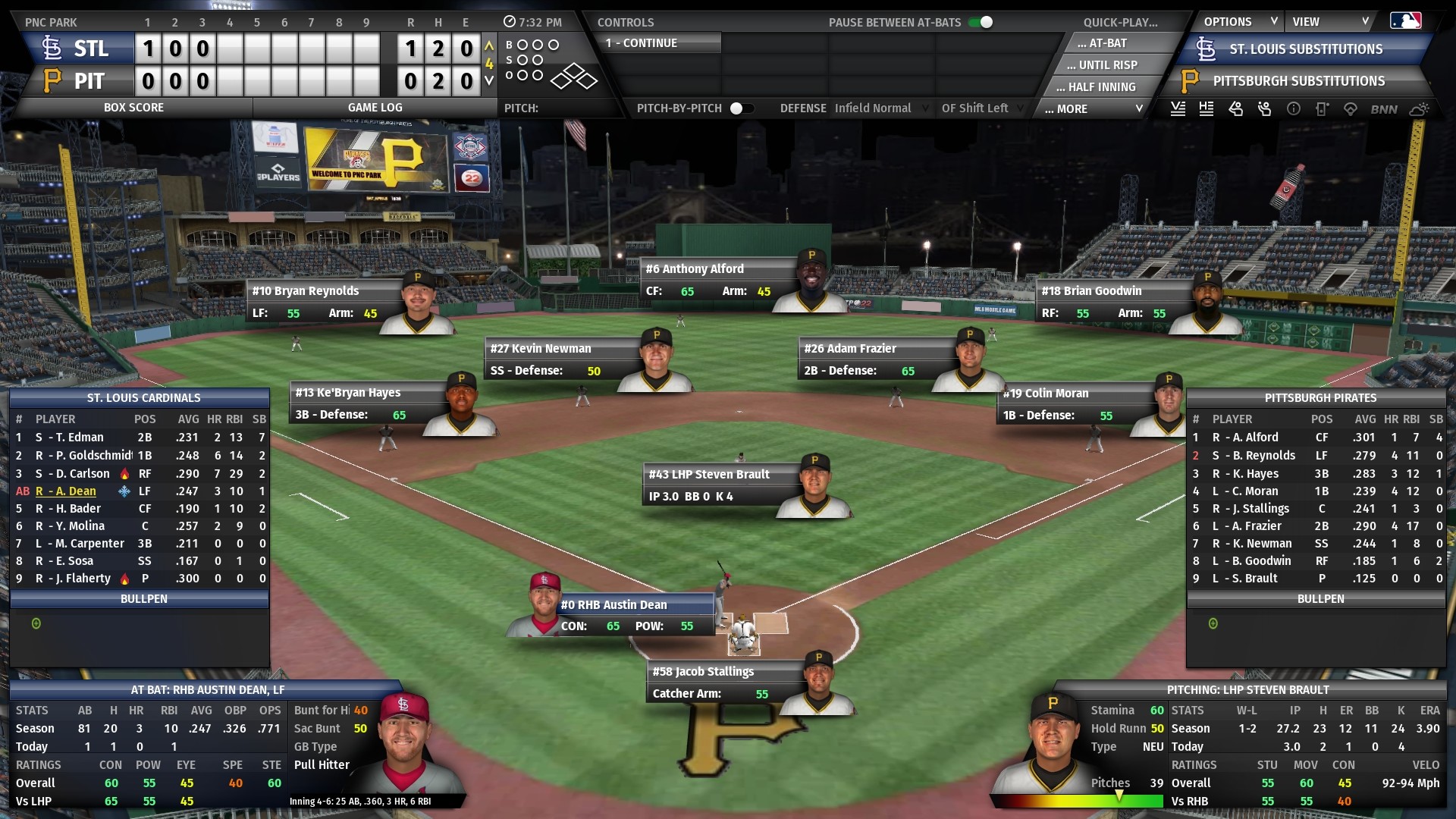 Out of the Park Baseball 22 is available today on Steam or the official OOTP website for PC, Mac and Linux. Out of the Park Development’s award-winning baseball strategy game transports players to the dugout to take their favorite teams all the way and build a baseball dynasty for the ages.

Discover new talent, draft the next superstar, negotiate with free agents, enter trade talks with other teams, build your dynasty and guide a franchise into an infinite future! As a manager, dive into the more hands-on management and set your team’s lineups, pitching staffs, in-game strategy and call the shots from the dugout. You can oversee your league at a high level, or play out each game in the immersive 3D game mode, managing play by play or even pitch by pitch.

Play on your own, play with friends in online leagues, and play against tens of thousands of others around the world in our persistent online Perfect Team mode.

Here are some of the new features in Out of the Park Baseball 22.

The team has added incredible new 3D versions of every MLB ballpark – implemented from the ground up in the largest development project OOTP Baseball has ever undergone. Franchise mode is simply transformed! Everything is new in every MLB stadium in glorious detail.

Combined with major updates to ballplayer 3D animations, the leap forward in the in-game experience is simply astounding – and is like nothing you’ve ever seen before in our 22-year history.

The team has dramatically upgraded the coaching systems! For the first time ever, employ a first base and third base coach, have specialists teach players and prospects specific skills, hire coaches away from other teams, align your coaching staff to maximize their talents to apply to your players, and more. It’s a fantastic new addition to running a team that you’ll love – and wonder how you lived without!

Impressive new player and team strategy options are added, along with more choice in league trading settings and improved AI trading that leads to more realistic offers than ever.

By popular demand, we have added dozens of new items and features to the beloved 3D Ballpark Construction Kit in version 2.0! Hundreds of thousands of stadiums were created by players around the world, and we’ve taken tons of that feedback and added it. New items, attributes, and features to the ballpark will keep you delighted for hours as you create your own perfected version of baseball heaven!

Accurate 2021 MLB and MiLB rosters, rules, and schedules. Baseball is changing more than ever, and OOTP 22 has everything covered – including the dramatic changes to the minor leagues. It’s an entirely new minor league structure in 2021 with new team affiliations, leagues, and rules – and OOTP 22 has it all!

Dozens of international pro and independent baseball leagues around the globe are also included, with up-to-the-minute accuracy for teams, rosters player stats, and ratings.

For the first time ever – the KBO license

OOTP 22 features a brand new Korean Baseball Organization license! The KBO has become incredibly popular around the world, and OOTP 22 has all of the teams, players, and killer new 3D stadiums from around the league. Plus! KBO-specific rules, including Regional Draft Rounds, foreigner signing limits, and more make this the most authentic KBO experience on the planet.

Perfect Team roars back this season with a raft of new features, options, and modes.

For more information on Out of the Park Baseball 22, visit the official website.