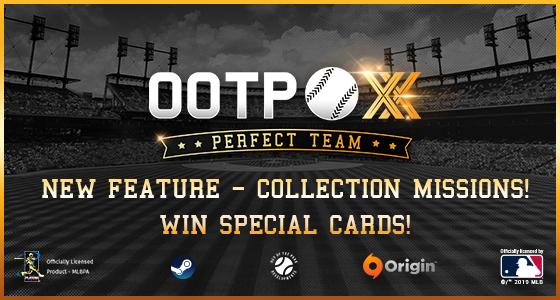 Out of the Park Baseball 20 has officially launched a new feature called Collection Missions for Perfect Team mode. The new mode allows you to earn exclusive new cards, by collecting all sorts of different themed cards.

Developer Markus Heinsohn explains what it is…

We have added a new screen to the PT Home screen called “Missions”, see below. It lists all currently active missions, their status (for example the completed percentage) and rewards.

There are two types of missions: 1) Missions for cards and 2) Missions for missions (yes, that sounds confusing at first, but bear with me).

Missions for cards are pretty straightforward. When clicking on a mission title, the expanded mission info will pop down and show you the cards that are required to complete the mission plus the reward(s). Some missions require you to collect all cards of that mission, other missions a certain number, for example any 7 out of 12 total cards. The latter lets you select the specific cards you’d like to submit for completion.

Once a mission is complete, you can submit the mission to our servers, you will then receive the mission reward(s) and the cards of the mission (or the selected ones for the missions which only require any X out of Y cards) get locked. Locked cards can no longer be sold or auctioned, but they still can be played as usual.

Missions for missions can be completed by completing a certain set of missions, getting you an additional reward. So let’s say there are Mission 1, 2 and 3 and a Mission A which is a mission that includes these three missions. After completing each mission you will get their reward, and after you have completed all three, you can submit mission A and collect another (great) reward.

Mission rewards are either Perfect Points, Regular Packs, Gold Packs, Diamond Packs, cards or super rare Special Edition cards (which can not be pulled from packs) or any combination of these. So, some missions may only get you a Gold Pack, while others get you 10,000 PP, 3 Regular Packs plus a certain card, depending on the mission difficulty.

Upon launch there will be 90+ missions available, and we will be adding new missions throughout the year, so it doesn’t get boring. 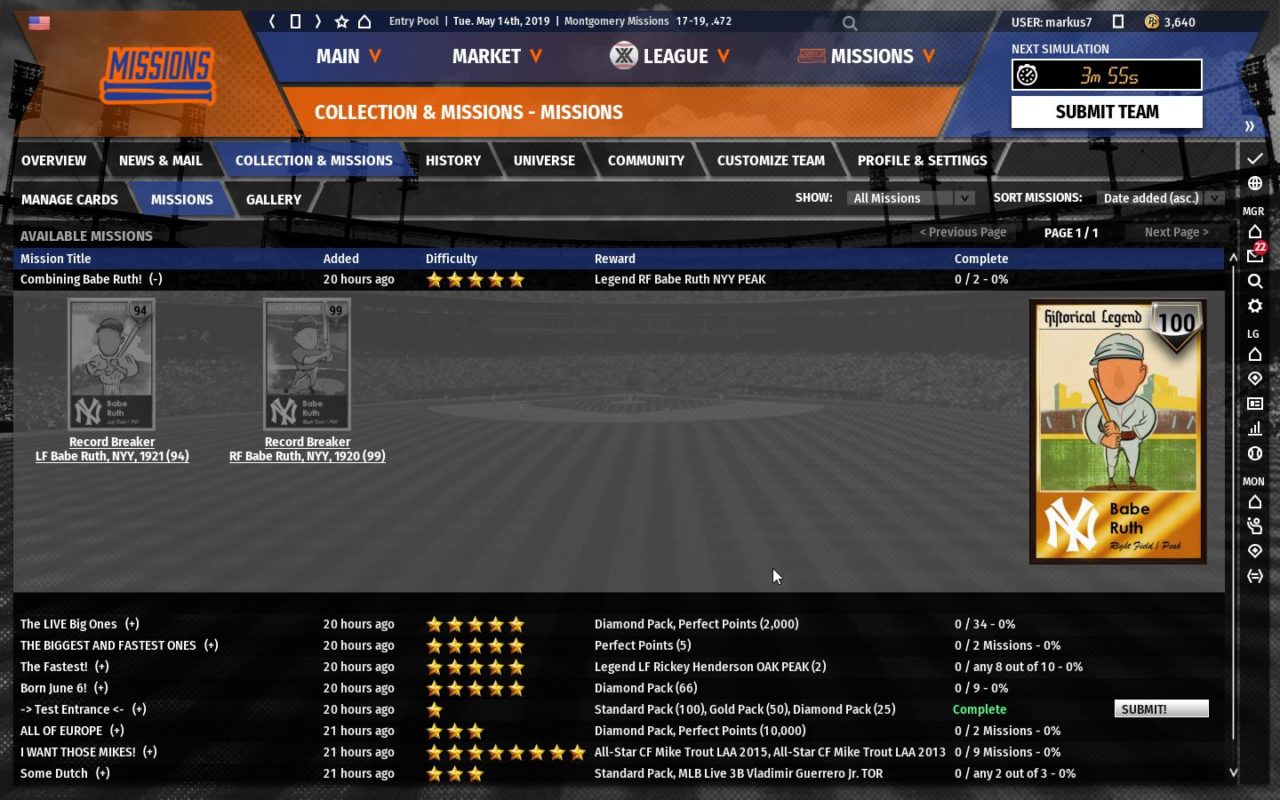 OOTP’s This Week In Perfect Team: A Tribute to the College World Series!
Get 50% off OOTP 20 and FHM 5, During the Steam Summer Sale