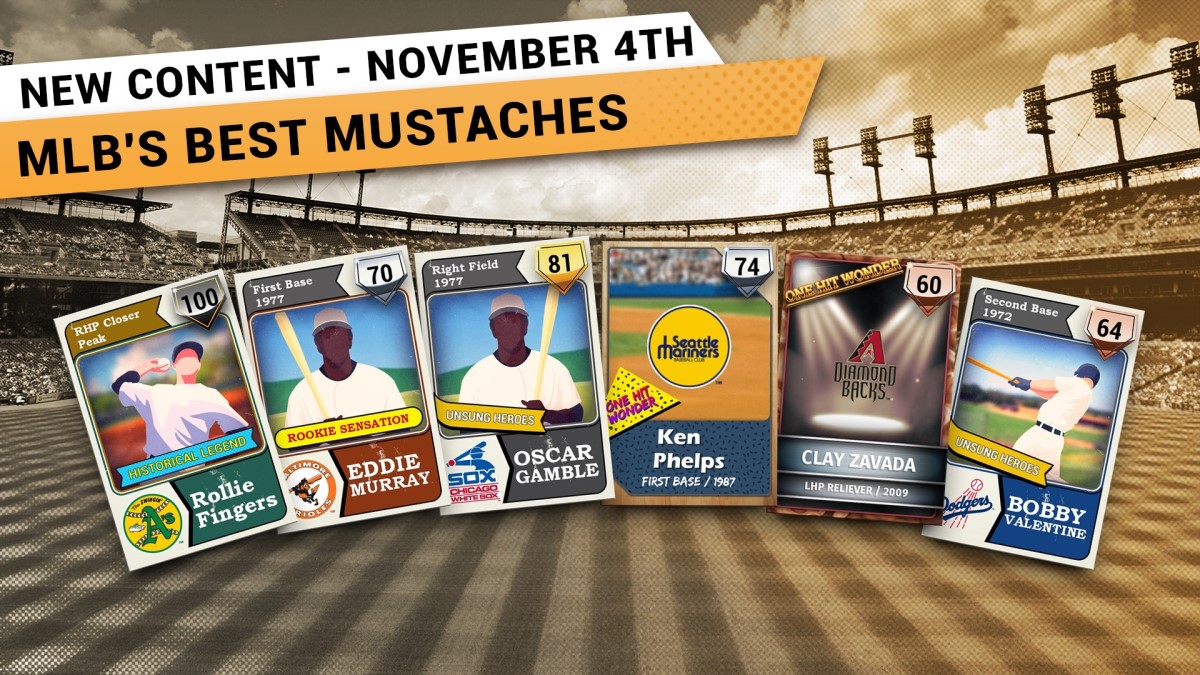 The Major League Baseball season has ended, and the Washington Nationals are your World Series champions – exactly like Out of the Park Baseball predicted back in March! Even though the real world season has concluded, Out of the Park Baseball’s Perfect Team mode continues to light it up this November. This week, the newest slate of Perfect Team cards celebrates the all-time best mustaches in the history of the sport – and introduces a card that has quickly become a collector’s dream and a Perfect Team club’s prized possession!

If you’ve been on the fence about Out of the Park Baseball 20, it’s now just $19.99! You can get it directly from the OOTP website, from Steam, or from Origin.

The OOTP Now Podcast: Looking back and looking ahead

Every Tuesday brings a new episode of OOTP Now, the popular podcast produced by the Out of the Park Developments crew. This week, host Rich Grisham chatted with FanGraphs’ Paul Sporer all about the 2019 World Series, predictions for the MLB award winners, and what he would do in OOTP if he took over his beloved Detroit Tigers franchise.

Every Thursday brings a new episode of The Kevin Kennedy Show, brought to you by Out of the Park Baseball. Rich Grisham talks baseball with MLB player, manager, and announcer Kevin Kennedy, and no topic is off limits! This past week, the two reviewed the 2019 World Series and look ahead to a busy offseason.

See you next week!

Out of the Park Baseball 20 Simulates the 2019 World Series
OOTP’s This Week In Perfect Team: MLB’s Peak of the Mountain!