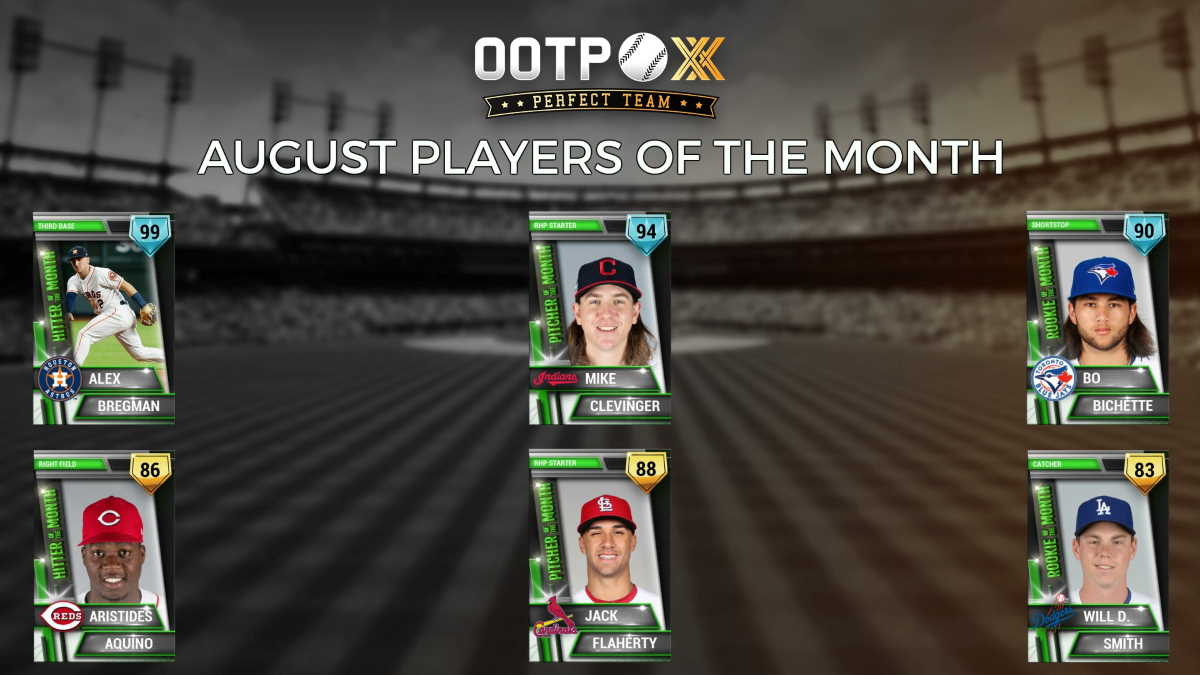 We hope your real-life favorite MLB team is doing as well as your online Perfect Team(s) in OOTP 20, but if the latter needs to fill some holes for a playoff run, you’ve come to the right place. If it’s the former, well, sorry and better luck next year.

This week’s episode of This Week in Perfect Team, which is hosted by Perfect Team Community Manager Kris Jardine every Monday at 9 PM ET at Twitch.tv/ootpdevelopments, is a two-fer that features 12 new cards honoring past September stand-outs as well as this year’s August Players of the Month.

You can catch up on TWIPT Episode 39, which features the September stand-outs, in the YouTube replay. The August Players of the Month were revealed in a short add-on video that you can also watch on YouTube.

If you haven’t gotten started with Perfect Team yet, it’s never too late to sign up, rip your starter packs, and enjoy the thrill of victory and the agony of defeat. Just get your copy of Out of the Park Baseball 20, which is available now on Steam and through the OOTP Developments website 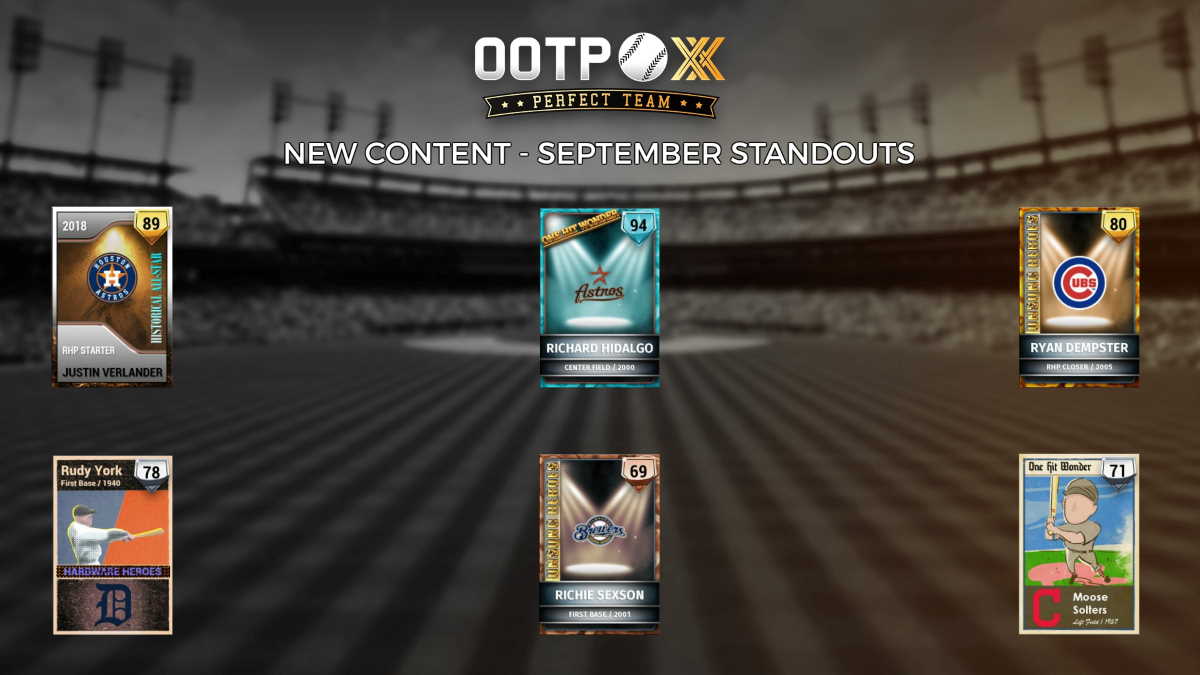 August Players of the Month

The start of the September pennant races was also a great time for OOTP Now host Rich Grisham to bring Paul Sporer (Fangraphs, ESPN) in to talk about what to expect, as well as who’s in the running for MVP hardware in both leagues. Sporer also ran down his “3 things you always do in Out of the Park Baseball” list. (Number 3 will surprise you! No, not really – just couldn’t resist the joke.)

Check out the latest episode to hear all of it.

So that’s it from us this week. We hope the new batch of cards will provide a few players to plug holes in your team roster(s). See you next week!