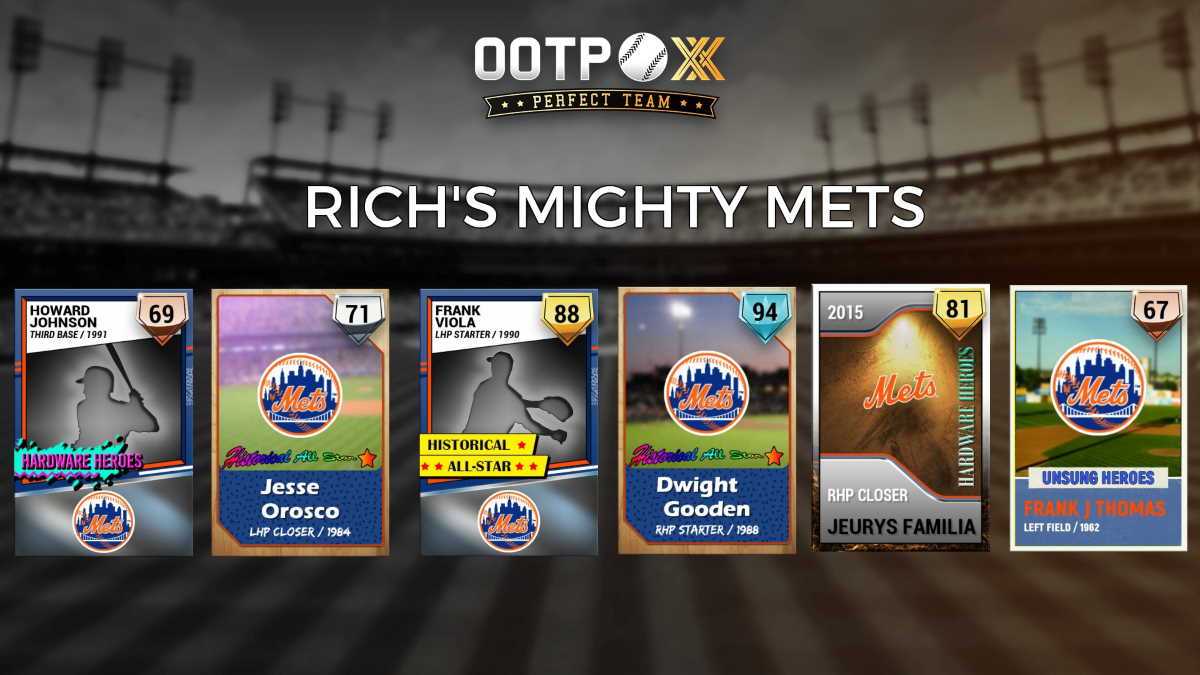 New York Mets fans may be starting to think “Wait ‘til next year!”, but there are plenty of great Mets players, past and present, who can fill in holes on your Perfect Team. Out of the Park Developments CMO Rich Grisham joined This Week in Perfect Team host Kris Jardine to introduce 6 new cards some great Mets of the past.

Jardine hosts TWiPT every Monday at 9 PM ET at Twitch.tv/ootpdevelopments, and you can catch up on the latest episode on YouTube.

No matter which teams and players are your favorites, you’re sure to find plenty of cards you want in Perfect Team in Out of the Park Baseball 20, which is available now on Steam and through the OOTP Developments website.Grab a copy, start ripping packs, and build your Perfect Team!

The Mighty Mets talk continued in the latest episode of the popular OOTP Now podcast, in which host Rich Grisham returned the favor by bringing in Jardine to talk about Grisham’s all-time favorite Mets seasons and moments. (We’re going to guess that 1986 and the ball between Bill Buckner’s legs featured prominently in the discussion.)

How’s your team doing this season? Even if they’re out of officially out of contention, or they’re unlikely to make the playoffs, you can always relive their best seasons of yesteryear through Perfect Team. See you next week!

OOTP’s This Week In Perfect Team: September Stand-Outs and August Players of the Month!
Out of the Park Baseball 20 to Unveil 2019 MLB Postseason Predictions LIVE on MLB Network, Sunday at 9PM ET