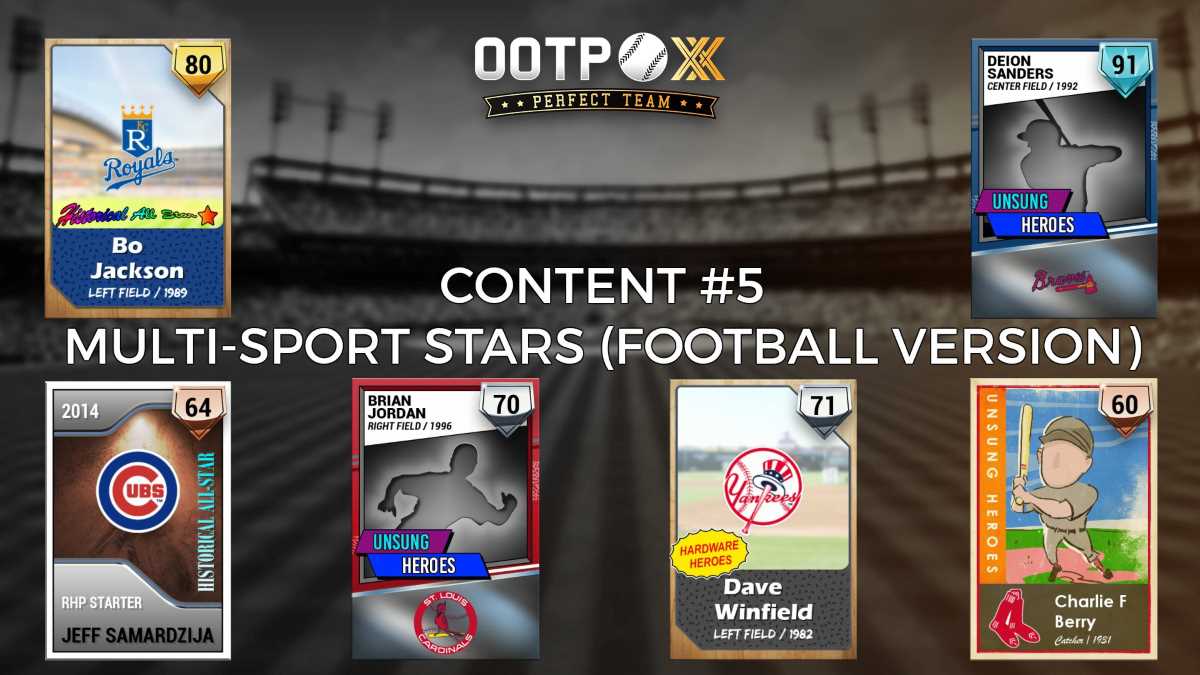 He’s not a Hall of Famer, but he was a multi-sport star who was well-known for his Nike commercials as well as his feud with fellow football player Brian “Boz” Bosworth. He was also notable for his antics on the baseball field, including an amazing run up an outfield wall and breaking a baseball bat over his leg in frustration.

You can watch the unveiling in the YouTube replay, and you can catch future TWiPT episodes live every Monday at 9 PM ET at Twitch.tv/ootpdevelopments.

Meanwhile, in the latest episode of the OOTP Now podcast, host Rich Grisham was joined by OOTP fan and videogame industry analyst Mat Piscatella of The NPD Group, who talked about the San Diego Padres’ early season success and how he’s been playing OOTP 20. OOTP Developments’ Matt Arnold also stopped by to explain a little-known OOTP feature known as the Simulation Module, which produced OOTP 20’s MLB season prediction and has many options to handle all kinds of scenarios.

How’s your Perfect Team doing? Whether you’re headed for promotion or demotion, your team can probably use a few new cards to plug holes in your roster, so good luck ripping those packs!

Cancel reply
Comment on this article
Continue Reading
You may also like...
Related Topics:OOTP 20, OOTP Baseball, Out of the Park Baseball 20, spotlight

OOTP’s This Week In Perfect Team: Celebrating Jackie Robinson Day With 25 Greatest Negro League Players!
Making the Leap From MLB The Show to Out of the Park Baseball