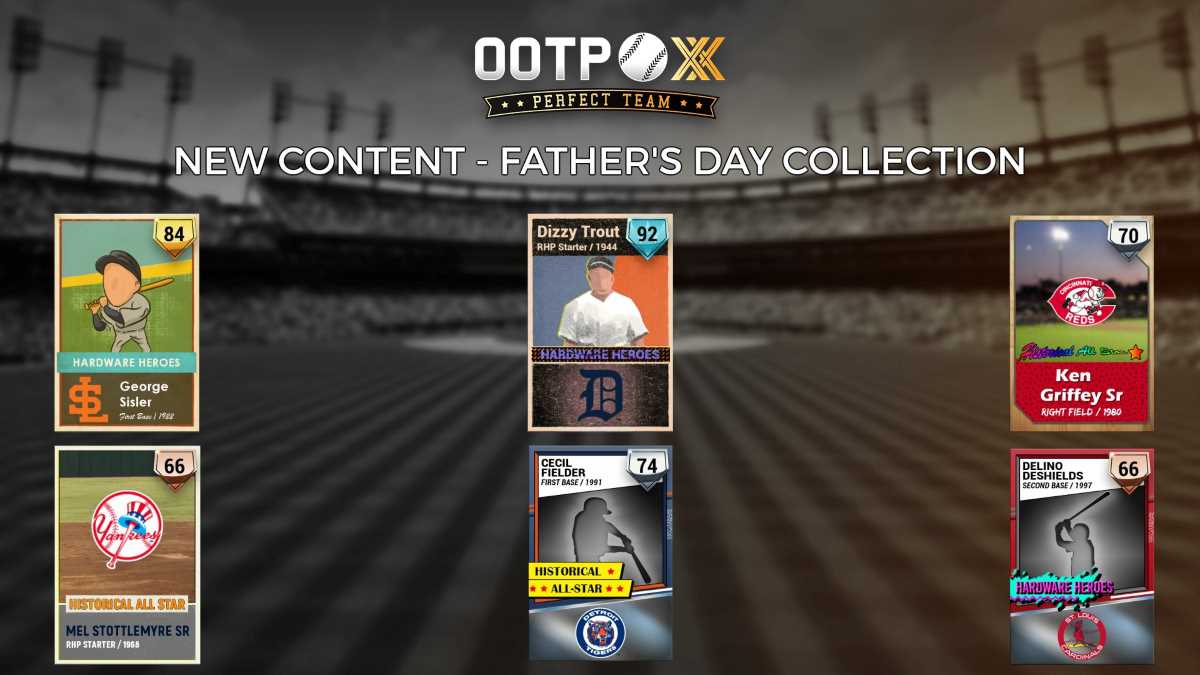 Fathers and sons going to baseball games and playing catch together might be a cliche, but who doesn’t get at least a little mushy at the thought, especially when the third Sunday in June rolls around? You have to be made of stone to not get a few feels that time of the year, unless, of course, you have very personal reasons why you don’t.

Father’s Day was the theme of the latest edition of Out of the Park Baseball’s This Week in Perfect Team show. You can check out a replay of the episode on YouTube, and you can catch future TWiPT episodes live every Monday at 9 PM ET at Twitch.tv/ootpdevelopments.

This week, TWIPT host Kris Jardine unveiled 6 new cards that honored dads whose sons have played the game at the highest level too. In addition, he spent a lot of time talking about the exciting new Collection Missions feature in Perfect Team for OOTP 20. You can complete missions by ripping packs and using Perfect Points to buy cards.

Finish missions and earn awesome rewards, including exclusive and super rare Special Edition cards that can’t be pulled from packs. Jardine gave a tutorial of the new feature and did a Q&A with fans watching the stream live.

If you haven’t gotten into Perfect Team in Out of the Park Baseball 20, it’s not too late to join the fun — it’s available now on Steam and through the OOTP Developments website.

In this week’s episode of the popular OOTP Now podcast, host Rich Grisham brought in Jardine to talk some more about Collection Missions. He also welcomed pro wrestler Steve Corino, who stopped by to chat about his career and his love of Out of the Park Baseball. The OOTP Developments blog also has an interview with Corino that ties in with the Father’s Day theme.

Ready to join the Collection Missions fun? After you’re done catching up on This Week in Perfect team and the OOTP Now podcast, get busy ripping a few packs! See you next week!

Get 50% off OOTP 20 and FHM 5, During the Steam Summer Sale
OOTP’s This Week In Perfect Team: All-Star Game Cards!