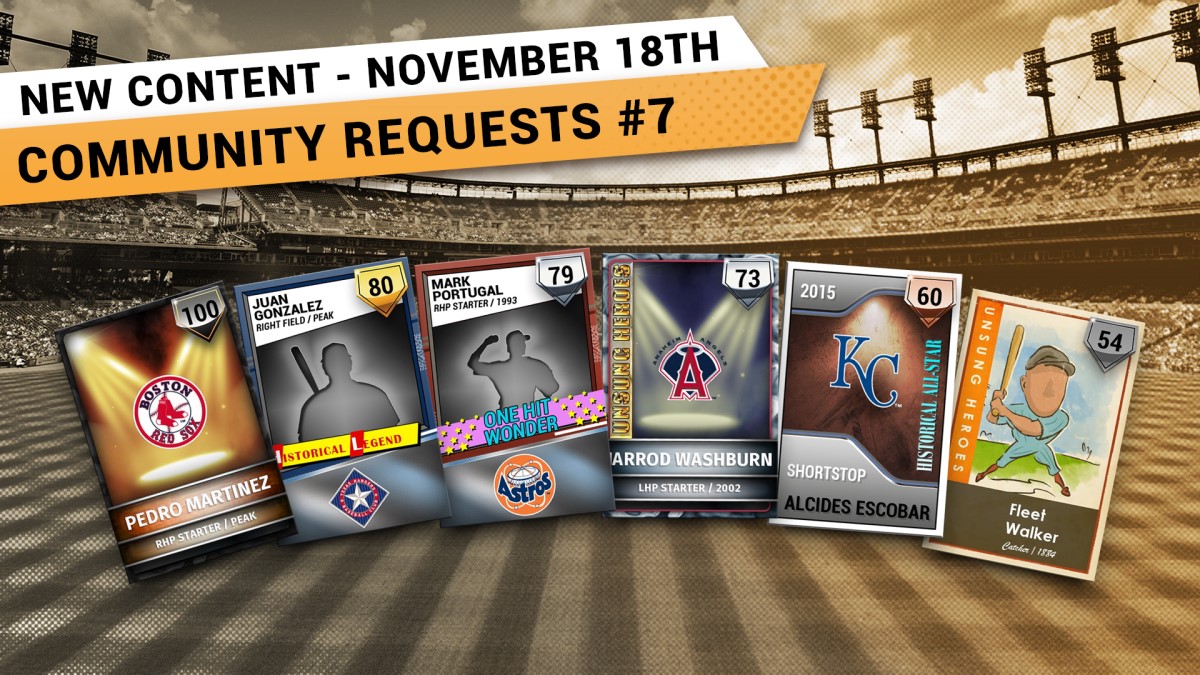 It’s no secret that the Out of the Park Baseball community is the best in the world of gaming – they prove that every day in the OOTP Discord, livestreams, forums, and other gathering places. They are also incredibly smart, and often submit requests for Perfect Team cards. This week, Out of the Park unveiled the seventh Community Requests collection – and in a word, it’s spectacular.

Plus! Massive news – the Perfect Team Tournaments mode is now officially live! Grab the latest version of Out of the Park Baseball 20 to experience the biggest addition to OOTP game since Perfect Team launched over a year ago.

If you’ve been on the fence about Out of the Park Baseball 20, it’s now just $19.99 for the whole offseason! You can get it directly from the OOTP website, from Steam, or from Origin.

MLB’s Peak of the Mountain

Every Tuesday brings a new episode of OOTP Now, the popular podcast produced by the Out of the Park Developments crew. This week, host Rich Grisham chatted with the CEO of Out of the Park Developments Markus Heinsohn all about the design, development, testing, and rollout of Perfect Team Tournaments. It’s an interesting ‘peek behind the scenes’ with the most transparent game studio head in the world.

Every Thursday brings a new episode of The Kevin Kennedy Show, brought to you by Out of the Park Baseball. Rich Grisham talks baseball with MLB player, manager, and announcer Kevin Kennedy, and no topic is off limits! This past week, the two went in-depth on the cheating scandal that has engulfed the world of baseball. What’s fair? What’s foul? Kevin knows better than anyone, and isn’t hesitant to let you hear what he thinks.