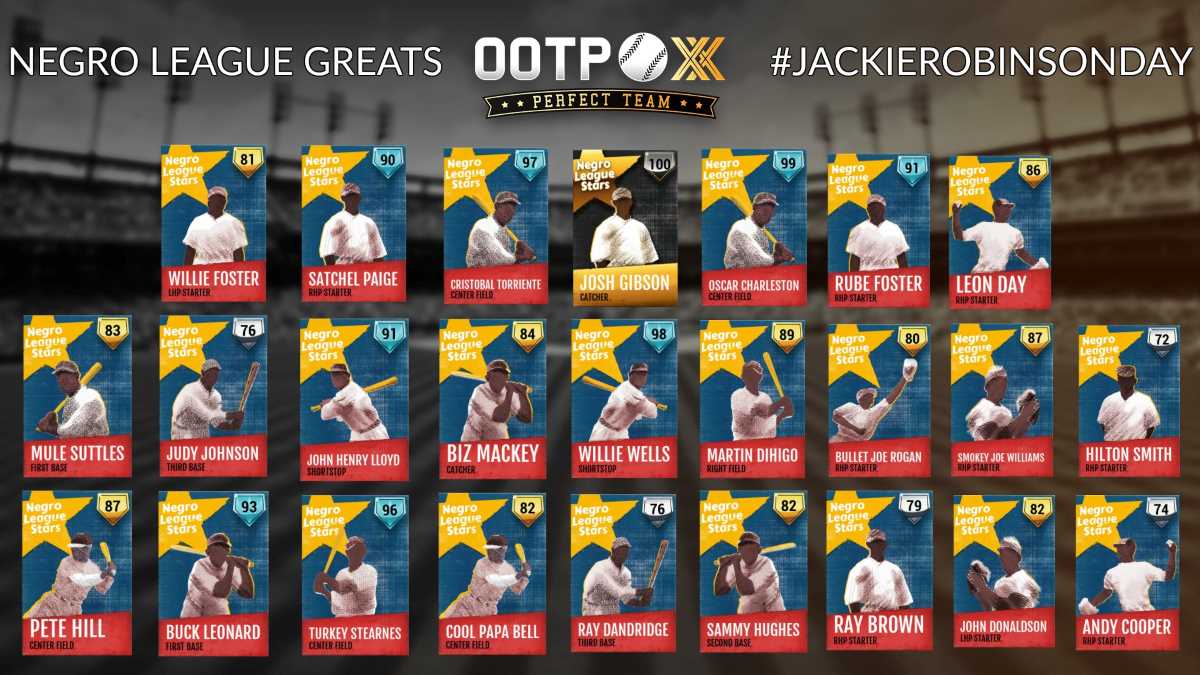 Jackie Robinson Day is always a special event during the baseball season, so the latest edition of This Week in Perfect Team (TWiPT) honored his legacy by introducing a whopping 25 new cards that pay tribute to the greatest Negro League players. The Josh Gibson card is the latest Perfect 100 card added to the game.

OOTP Developments’ Perfect Team Community Manager Kris Jardine, who hosts TWiPT, noted that a Jackie Robinson card wasn’t included because he already has 4 cards in the game and his Negro League card would already be very close to one of them. You can watch him explain that and introduce all the new cards in the YouTube replay.

You can catch future TWiPT episodes live every Monday at 9 PM ET at Twitch.tv/ootpdevelopments.

Here are the 25 new cards revealed by Jardine this week. They’re all in the Negro League Stars category.

The Jackie Robinson celebration continued in the latest episode of the OOTP Now podcast, in which host Rich Grisham talked to Jardine about that 25-man roster of Negro League players added to Perfect Team. The two chatted in depth about the entire squad and shared interesting histories about many of them.

We hope this massive infusion of new Perfect Team cards helps you plug the holes in your team as you keep ripping packs in your quest to reach the Perfect Leagues!