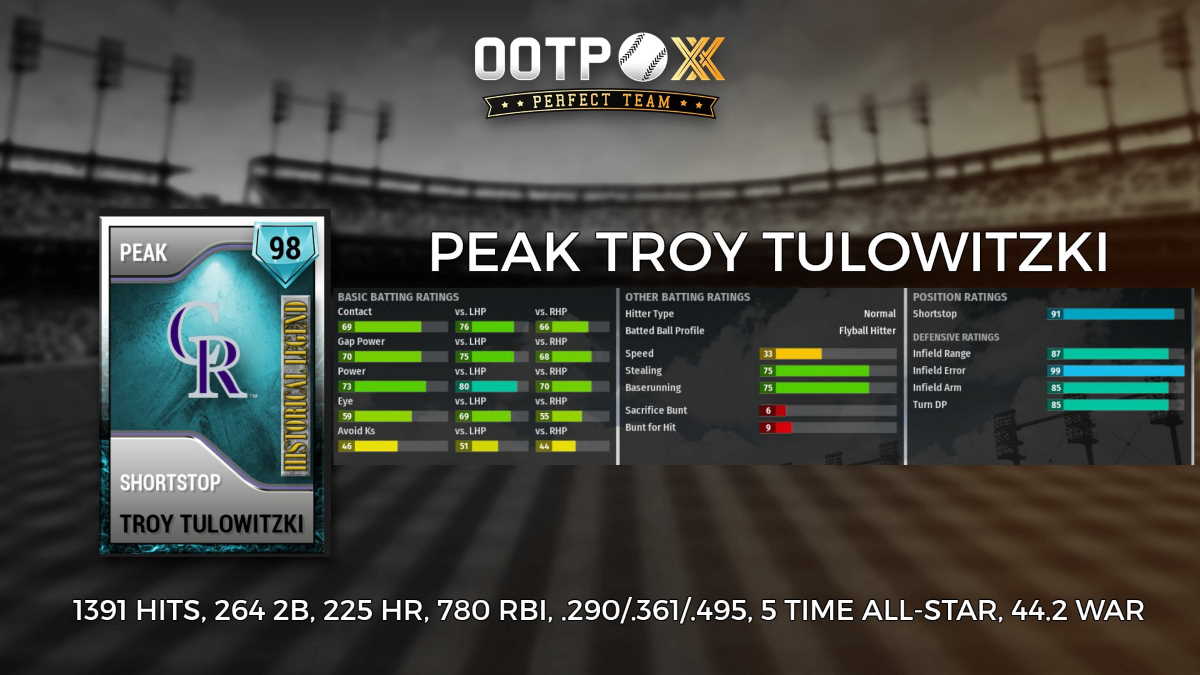 MLB’s trading deadline provides plenty of drama as we approach each July 31, and this year there was some added rumor-mongering since the additional August 31 revocable trade deadline was eliminated. There were a few blockbuster deals, and plenty observers thought the Astros were the winners while the Mets left many thinking, “What was the point of that?”

In honor of the July 31 trading deadline, This Week in Perfect Team host Kris Jardine used his show this week to introduce 6 new cards that celebrate players who were traded mid-season and turned in beastly performances for their new teams.

Jardine also introduced a peak Troy Tulowitzki card that honored the oft-injured shortstop who hung up his cleats this week. Tulo, as he’s known, broke in with the Rockies in 2006, was traded to the Blue Jays in 2015 as part of a blockbuster trade deadline deal, and finished up his career by signing with the Yankees for this season. After playing in just 5 games this year because of an injury, he decided to call it quits.

You can catch a replay of this week’s TWIPT episode on YouTube, and you can watch future airings live every Monday at 9 PM ET at Twitch.tv/ootpdevelopments. 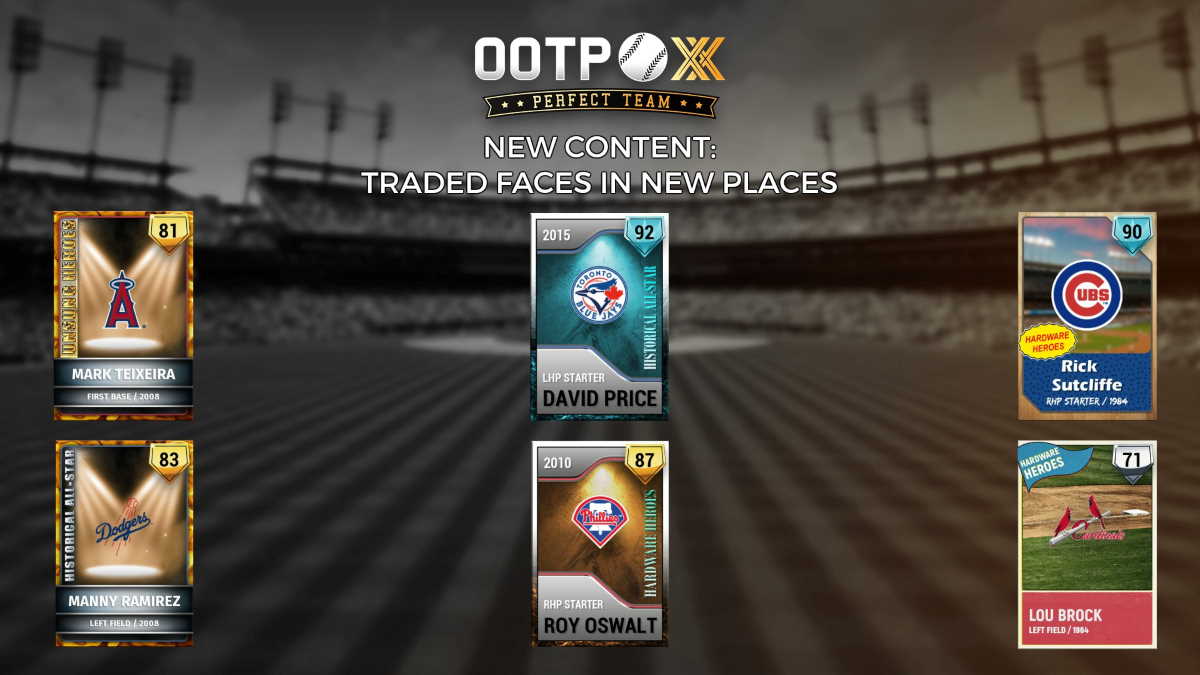 This week’s episode of the popular OOTP Now podcast featured host Rich Grisham talking to OOTP Community Manager T.J. Lauerman, who hosts his own Twitch cast Tuesdays at 9 PM ET. Check out Twitch.tv/ootpdevelopments to follow Lauerman’s Redbird Rising series – he talked to Grisham about the 3 seasons he’s spent running the Cardinals so far, including how he deftly juggles contract negotiations, trades, free agency, and more in front of a live audience.

It’s not as easy as it looks, folks.

After you finish catching up on Twitch and OOTP Now, rip a few packs in Perfect Team and see if you can score that awesome Tulo card, or any of those trade deadline beasts we showed off this week! See you next week