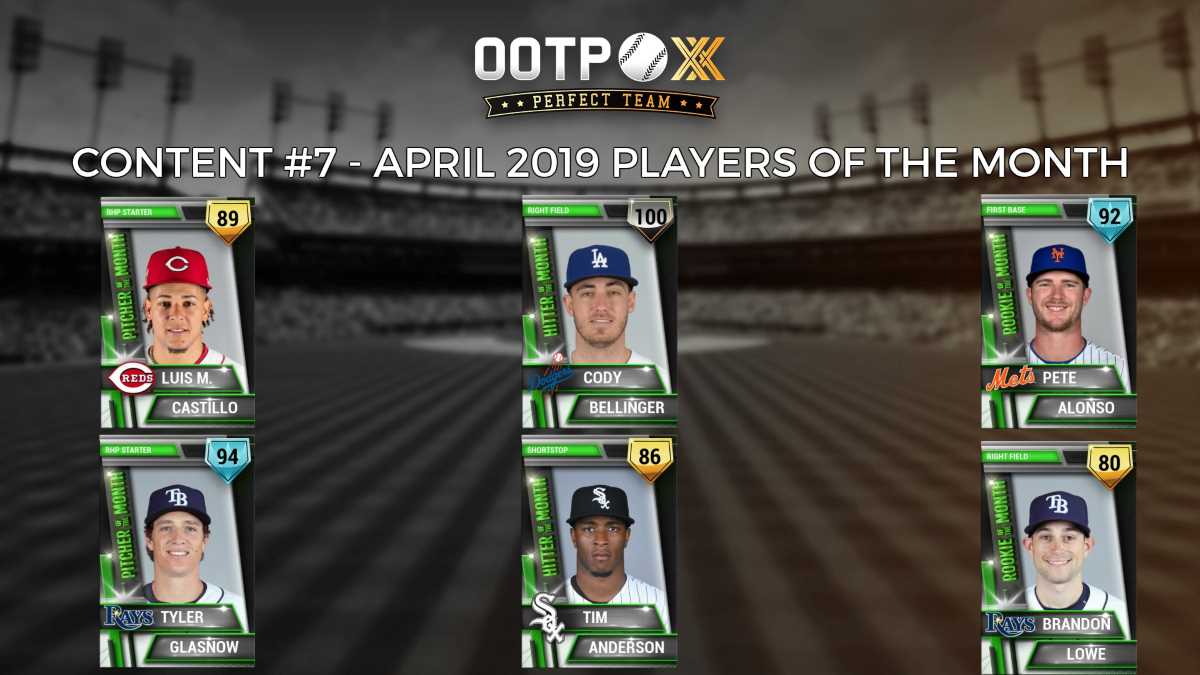 Baseball might be the most stat-heavy sport in the world these days, and where there are stats, there are milestones. This week, OOTP Developments’ Perfect Team Community Manager Kris Jardine took the wrapping off OOTP 20’s first-ever batch of Player of the Month cards — 3 from the NL and 3 from the AL — and showcased a Peak CC Sabathia in honor of him becoming just the 17th player to ever rack up 3,000 strikeouts.

You can catch up on the action in the YouTube replay, and you can catch future TWiPT episodes live every Monday at 9 PM ET at Twitch.tv/ootpdevelopments.

Celebrating the April Players of the Month 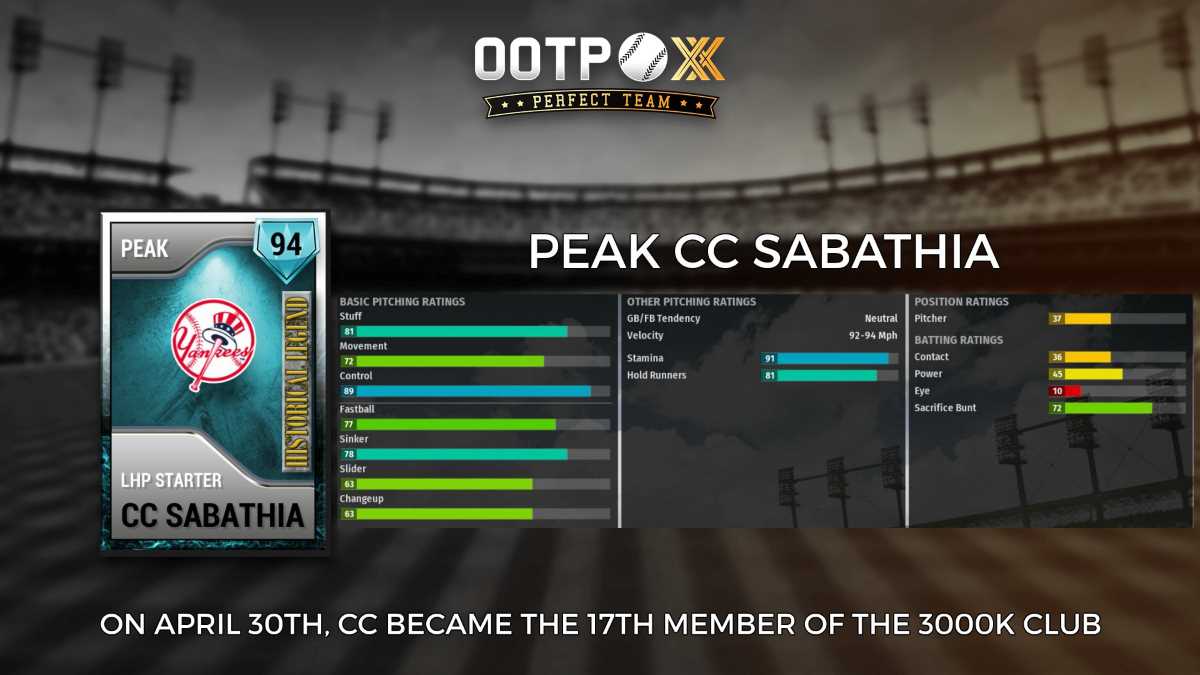 The OOTP Now Podcast: Checking out the OOTP 20 Roadmap

Wondering what’s in store for OOTP 20 this year?  The latest episode of the OOTP Now podcast featured host Rich Grisham spending some time with OOTP creator and lead designer Markus Heinsohn, who talked about his plans for the game for the rest of 2019. There are some exciting new features in store, as usual.

And on the hockey front, Franchise Hockey Manager producer Jeff Riddolls joined Rich to talk about the NHL playoffs and dish some behind-the-scenes info about the weekly FHM streams on Twitch.

What all-time baseball milestone is your favorite? We hope you can score a great Perfect Team card associated with it the next time you rip a few packs. Have fun!