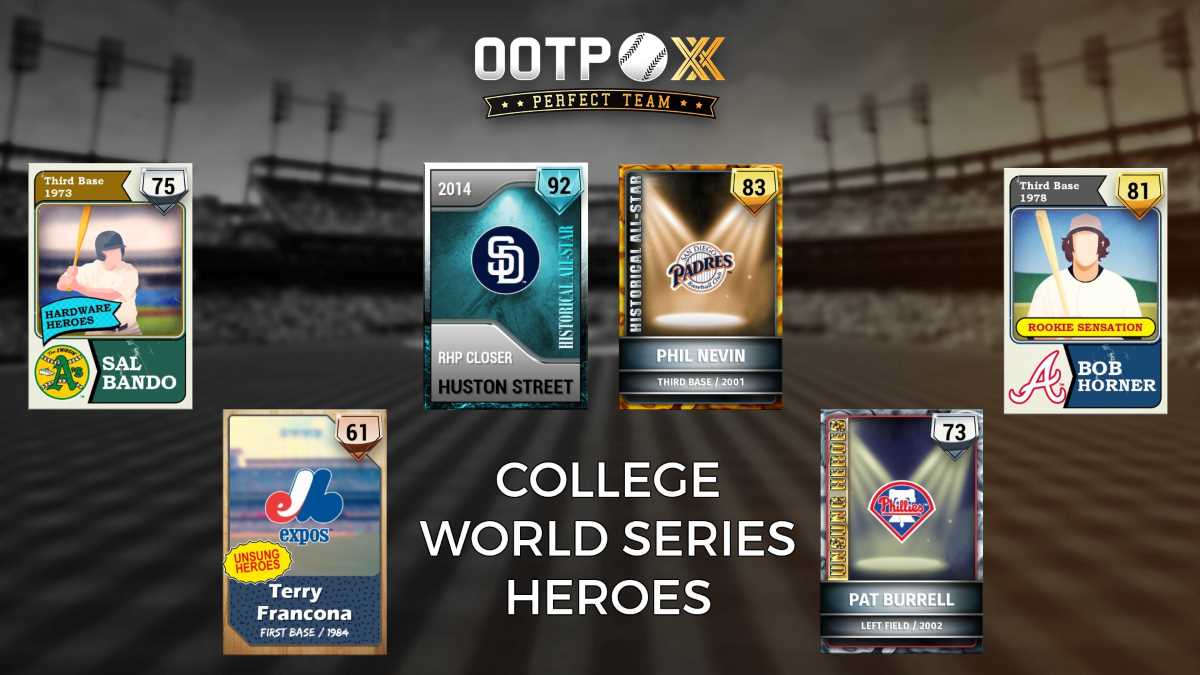 The 2019 College World Series began last Friday, which offered the perfect opportunity to play homage to the event in the latest edition of Out of the Park Baseball’s This Week in Perfect Team show. You can check out a replay of the episode on YouTube, and you can catch future TWiPT episodes live every Monday at 9 PM ET at Twitch.tv/ootpdevelopments.

This week, TWIPT host Kris Jardine unveiled 6 new cards that honored past heroes of the College World Series, including one that’s a Diamond. If you haven’t gotten into Perfect Team in Out of the Park Baseball 20, it’s not too late to join the fun — it’s available now on Steam and through the OOTP Developments website.

The OOTP Now Podcast: Wrapping Up the 2019 MLB Draft

In this week’s episode of the popular OOTP Now podcast, host Rich Grisham brought back OOTP’s minor league prospects guru Scott Spindler to wrap up the 2019 MLB draft, including the big themes, the major surprises, and the interesting developments. Jardine also stopped by to talk about all the great new Perfect Team cards added during the past two weeks.

How are you doing in Perfect Team these days?? After you’re done catching up on This Week in Perfect team and the OOTP Now podcast, get busy ripping a few packs! See you next week!

OOTP’s This Week In Perfect Team: May Players of the Month and T.J.’s Birthday Collection!
Out of the Park Baseball 20 Adds New Collection Missions For Perfect Team Mode