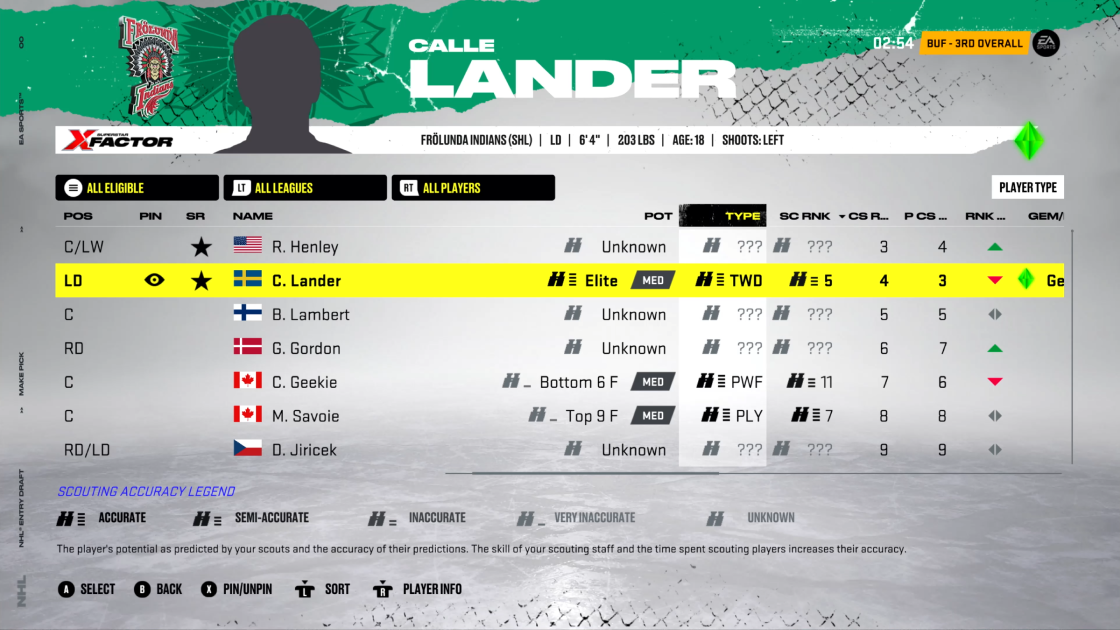 For those that didn’t already know, NHL 22 Franchise Mode and Be a Pro details will be revealed on October 4. The team shared a couple of brief NHL 22 videos today on scouting, drafting and Be a Pro.

Start your NHL 22 Franchise with the Expansion Draft! Build a new team from the ground up, and you can choose either the Seattle Kraken or add a 33rd team to the league and draft with them. If you choose an existing team, you’ll have to decide which players from your roster that you want to protect from getting selected by the expansion team.

New X-Factor reports in Franchise mode show X-Factors on both pro and amateur scouting reports, adding another layer to the Fog of War system that requires scouting to unlock. Use X-Factor reports to plan and build your team, as these abilities can influence trade value and team management. Maximize line chemistry by utilizing players with different X-Factors that complement each other.

Similarly to World of Chel, in Be A Pro you can earn X-Factor abilities as you progress and upgrade your player. Choose your paths and storyline, then complete long-term challenges to unlock X-Factor abilities.

Live your dream hockey career in new ways with fresh multi-season storylines and challenges. You’ll have more options than ever: take on long-term goals like building a dynasty early in your career like Crosby, or go for consecutive Cups on different teams like Maroon. It’s your story, so write it your way.

Now, earn ❌-Factor abilities along the way to upgrade your player and chase greatness 🏆

Stay tuned for more info coming in our Be a Pro Deep Dive on October 4 🗓️ pic.twitter.com/ntCifI6DW4

Here’s a look at the NHL 22 schedule of events prior to release.