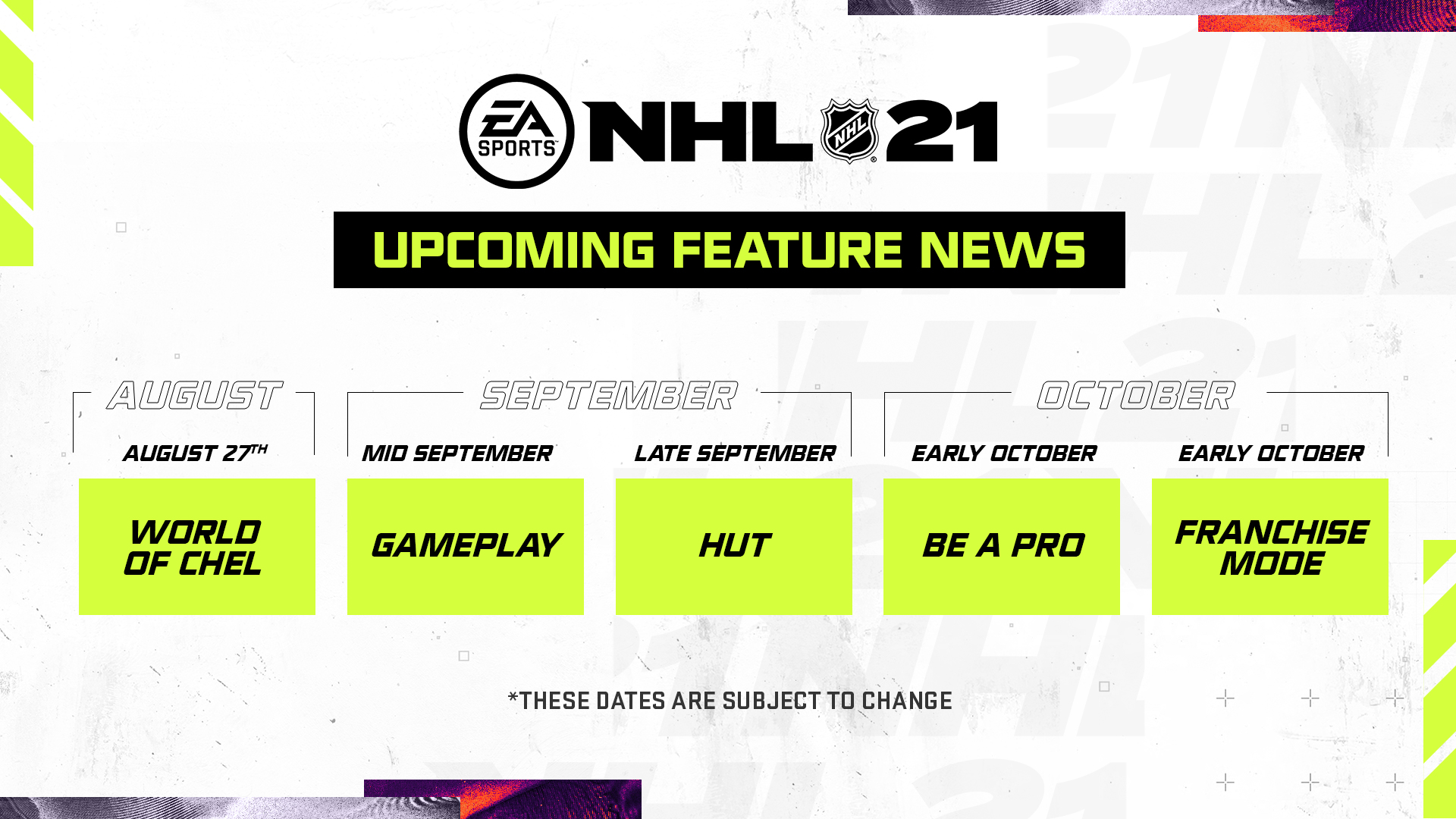 UPDATE: (8-27) The NHL 21 World of CHEL details will not be released today and the closed technical beta has been pushed out further.

In World of CHEL, the new Ranked Seasons allow players to compete across each of the four modes – ONES, THREES, Drop-In or Clubs – to earn rewards and play in the new EASHL Club Finals. Player and team success will be rewarded with unique gear, items and vanity sets to flaunt domination.

In September, it’s all about gameplay and Hockey Ultimate Team. Prior to its release on October 16, the NHL 21 team will discuss the new features coming to Be a Pro and Franchise modes. 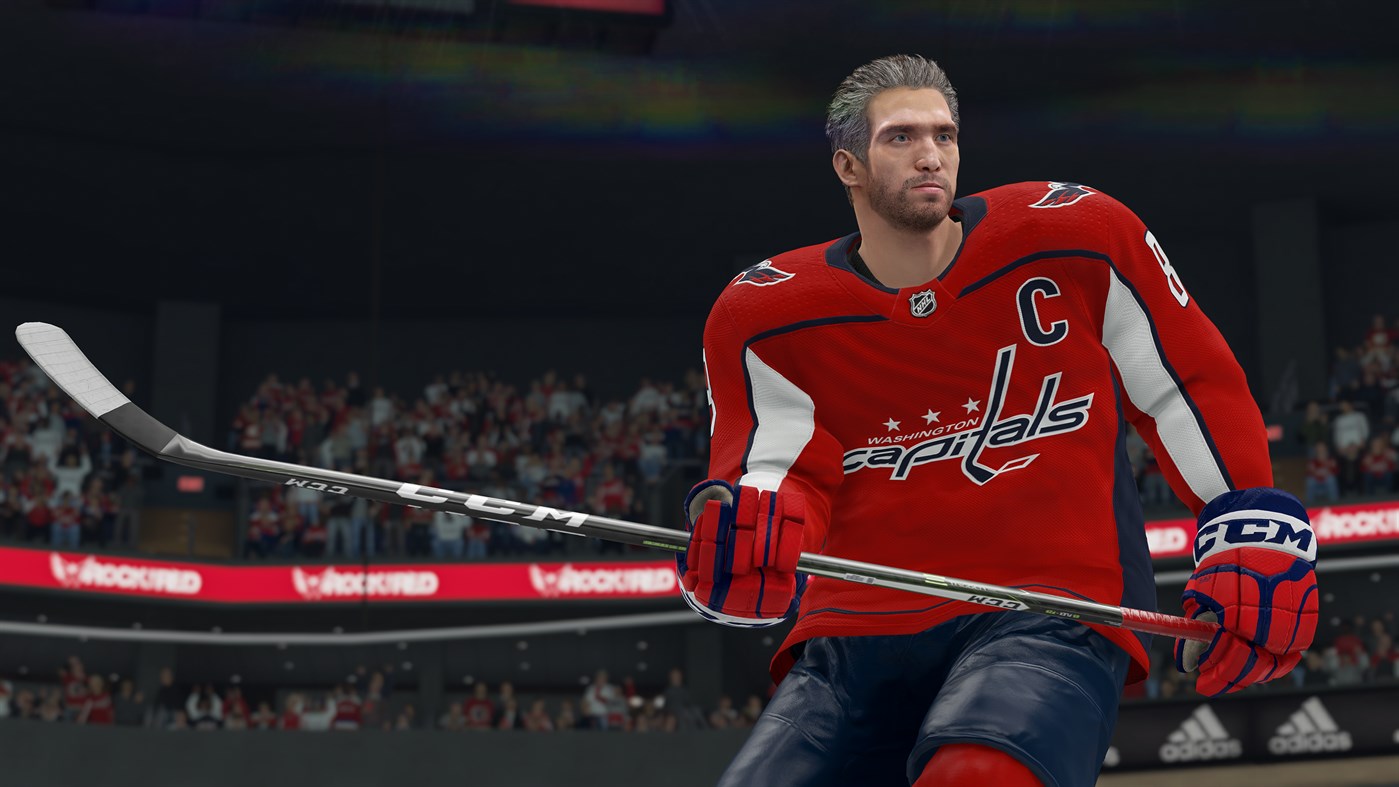 Gameplay in NHL 21 has also gotten smarter, faster and a whole lot flashier with innovative moves and massive improvements on both sides of the puck. Players now have more options than ever before to take control of the game and impose their playstyle on opponents. Players can dazzle with slips, banks and chips, while pulling off some of the most recognizable superstar-inspired moves. However, players will also have to deal with improved goalie positioning and control, as netminders are adapting to the game’s skill level faster than ever before with brand-new desperation moves and animations.

This year’s iteration also takes HUT, the game mode that allows players to create their fantasy lineup of NHL players, alumni, and icons, and compete with them online, to the next level with HUT RUSH. HUT RUSH is a streamlined version of HUT that lets players jump into HUT games quickly, rack up achievements, and unlock rewards by scoring with style. With a scoring system that rewards skill and creativity, HUT RUSH will provide plenty of cannot miss moments.

Additionally, Franchise Mode adds an exciting experience for one of the marquee events of every season: the Trade Deadline. Players will feel the pressure of the approaching deadline with real-time updates that lead to important decisions on which players to target and trade for. Just like the real trade deadline, the market value of players will fluctuate as the day goes on, and live trade alerts will move rapidly via the trade deadline ticker.

NHL 21 is scheduled to release on October 16 for Xbox One and PlayStation 4 with Alex Ovechkin on the cover. We posted our breakdown and analysis of the NHL 21 reveal trailer here, just in case you missed it. The NHL 21 closed beta starts on August 28, featuring Online Versus and World of CHEL.