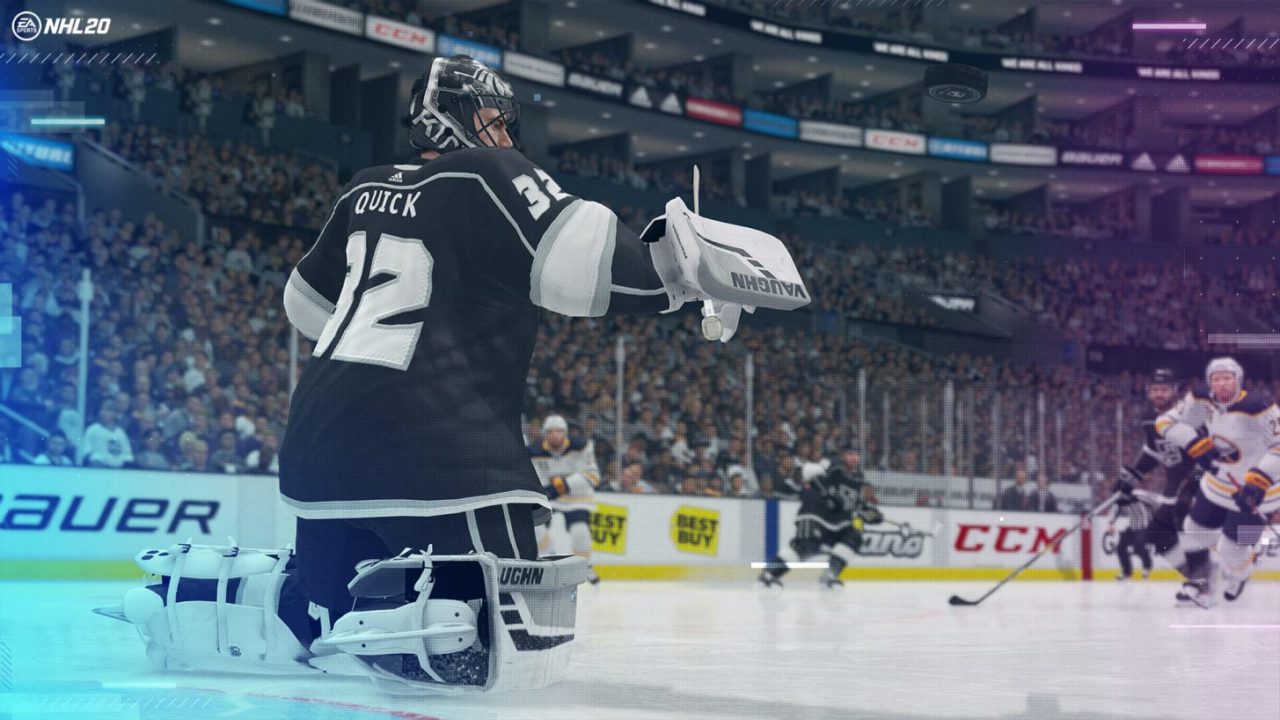 The niche aspects of these sports games is part of why I love the Operation Sports community. Over on our NHL 20 forums, there’s a discussion right now about playing goalie in the game this year. The discussion has been going on-and-off for about a month, but it just reminds me of my own experiences playing goalie in NHL OTP. There is nothing quite as brutal and rewarding in all of online team play than playing goalie in an NHL game.

It’s a thankless job, and you have to be at least a little psychotic to subject yourself to the game-to-game torture of it — or at least be someone who played goalie in real life. You are constantly yelled at, blamed, and criminally underappreciated. In drop-in games, people will quit on you all the time, leaving you in games at times where it becomes 5-on-3 in terms of humans vs. CPU after all the quitters bounce.

But we still come back. Why do we come back? Well, again, because we’re at least a little psychotic. But also because the rush of actually putting a team on your shoulders can be incredible. In FIFA, the rush isn’t quite the same when you have a big save or two because the sheer volume does not match up. But in NHL, oh man, you can be peppered with breakaways and one-timers multiple times per period. If you end up standing on your head, you feel like such a king. And while people will quit on you in a split second, they also will praise you like randoms usually never would in most sports games.

Of course, in the thread there’s also general complaints and misgivings about the goalie animations. There’s also talk about how foolish some human CPU defenders are while trying to “help” you defend the crease. There’s a discussion about weird physics, why your goalie sometimes just allows odd goals, and all the other stuff you would expect from a forum thread. Either way, scope that thread out if you’re one of those crazy people who still gets between those pipes, even though you know it will probably end in misery.