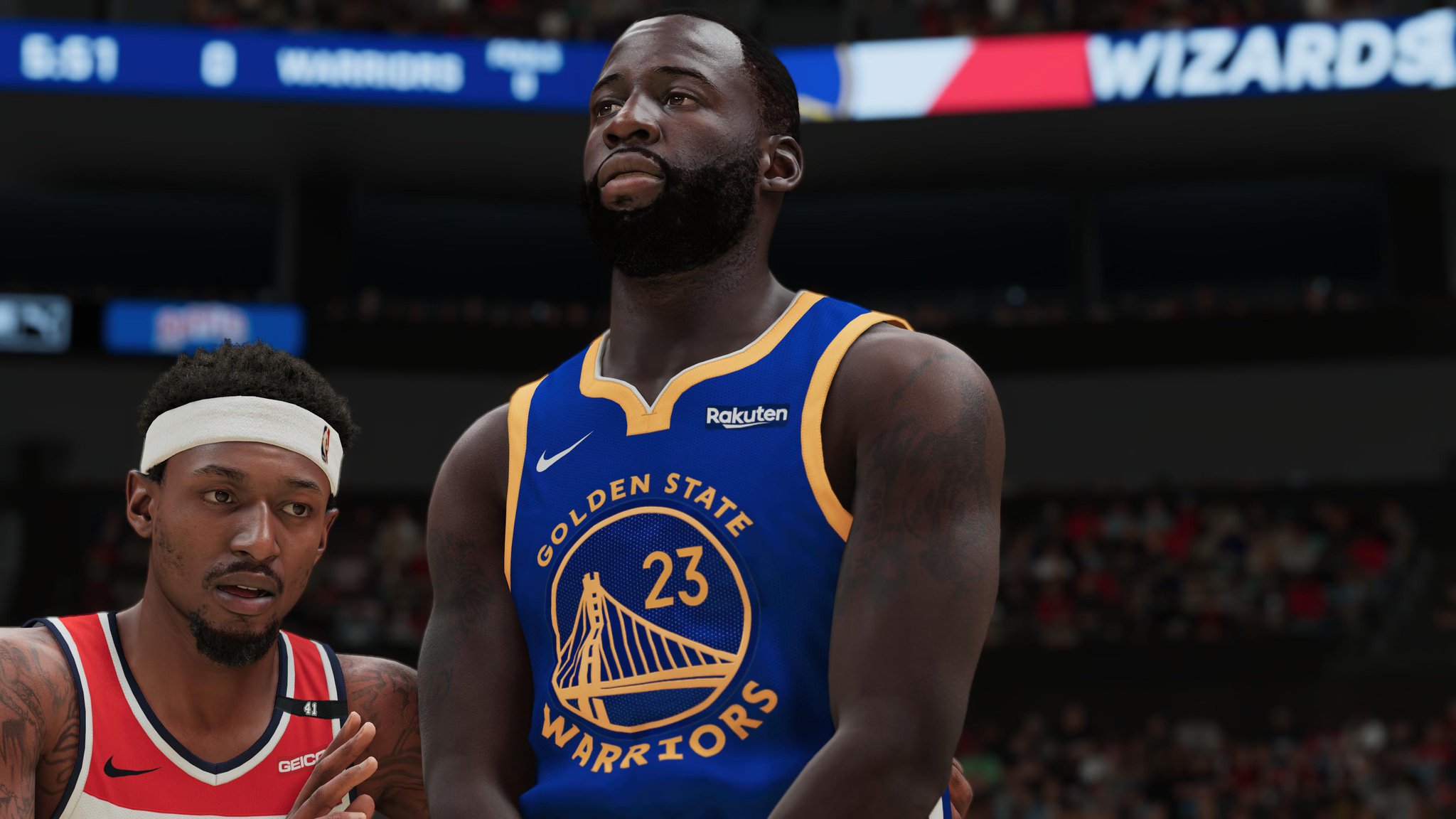 Now that we and the community have had time to test out patch three on next-gen consoles, we wanted to give some further details and updates on how things are working based on the patch notes. The biggest thing we want to touch on are the NBA 2K21 ACE settings. Folks on OS have a long-term history with ACE. Some love it, while others don’t trust it and never will.

For the uninitiated, ACE is at the top of your coach settings, and basically it determines how your coach/AI will alter the game plan throughout the game on offense and defense to deal with how things are playing out. So it handles defensive coverages, offensive play calls and so on. Folks on OS and beyond have grown to distrust it over the years because they feel it overrides what they changed in the settings (which has been true at times in some years). So some people just like to turn it off. However, do not do that.

This patch note is simply wrong. If you turn ACE off, you will not have control over setting tempo and rebounds. This info comes from the godfather of Sim Nation and current NBA 2K developer, Da Czar. He will sometimes get together for friendly chats after patches, and so that’s where he revealed how turning ACE off will cause this issue.

Turning ACE off will cause some other bugs as well, so what Czar recommends is either turning offense or defense off if you must for the ACE settings, but really just leaving them both on to play it safe. Instead of turning ACE off, he says you should have more faith that whatever changes you make in the settings will stick now. If they are not sticking, then that’s a bug and you should report it to 2K with a ticket, or tell us about it on the forums by explaining what settings do not stick (with visual proof).

Simply put, ACE should no longer override anything you change, but you have to keep it on to avoid some scary bugs. (In addition, Czar says they can’t just remove the “turn off ACE” option from the menu because it completely freezes the game.) 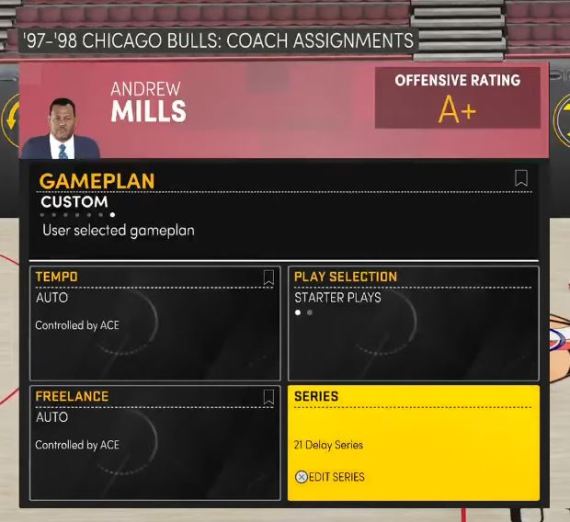 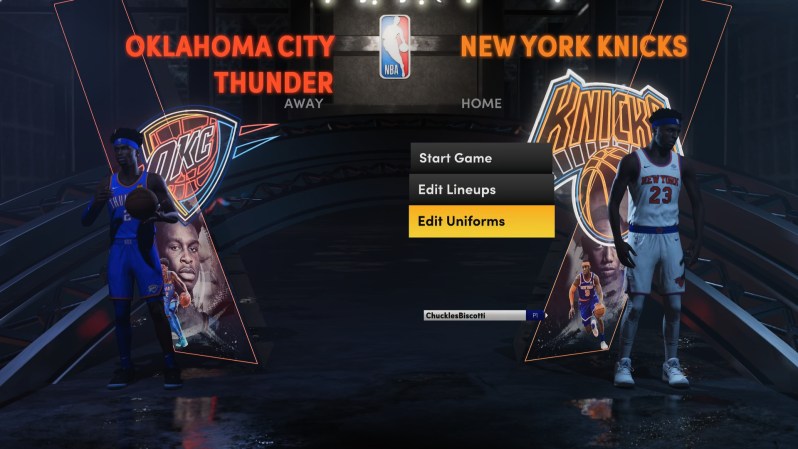 Uniform updates have been made for the following teams:

The major one not showing up for folks is the New York Knicks. The City uniforms are not in the jersey selector, and thus the City court is not there either. 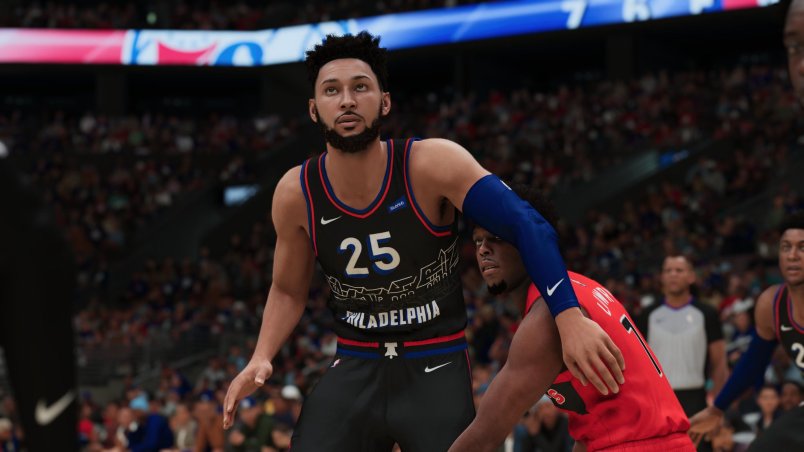 The day of the patch, there were some folks who were not seeing these updates. Or, they could see the updates in the roster editor but then they were not translating into the games. It appears this issue did correct itself the following morning with a roster update, but if someone is still not updated that’s on this list then let us know. Also, just a reminder that some players have alternate styles in the game already that you can toggle between. De’Aaron Fox, for example, does have a short haircut if you go into his “accessories” tab in the roster editor and change the style to “low cut” for him.

On PlayStation the friends are now showing up at the top of your phone, but this is not the case on Xbox according to a couple people on the forums.

Updated uniforms have been added for Rec Center games

I have not played in The Rec since the patch, but again, some folks are saying they are still the black and white jerseys.

This one might be another Xbox-specific issue as I have been able to skip this animation, but others on Xbox have not had the same luck.

Improved the ability of CPU players used as fill-ins for Pro-Am Walk-On games.

This is an eye of the beholder thing to some extent. We have heard that the players are better in a general sense, but they still don’t shoot enough and still sag off shooters too much. 2K might be doing part of this intentionally because they don’t want people to then complain it’s too hard going against AI players, but the general OS viewpoint is these AI players could still be better.

I believe this has been in multiple patch notes now, but we again have been informed this is still not working correctly for everyone.

Returning to Da Czar’s latest video now, he says we should expect a couple 2-3 zone beaters to be added to the game in a future patch. I know some people struggle against the zone online, and so he will be putting these two or three plays in every playbook so you can quickly get to them during games. Presumably this will plop a player at the high post and do a couple other logical things that make a zone relatively easy to handle if you can shoot. And, again, these plays will be specific to beating the 2-3 zone not any other zone.

As for the pick and roll, I want to use this patch note to just mention one thing quickly now (but will make a longer point at some point in next week or so). The pick and roll is too easy against the AI, and no one will dispute that. In head-to-head games though it’s not that bad in my experiences, and Czar recommends controlling the hedge/big man on pick and roll sequences rather than the on-ball defender or a random help defender if you are having trouble defending it. If you control the point-of-attack big and do it properly, most of the other players should generally do their job on the play as well. Czar says the hedge defender struggles with how long to stay with the hedge before returning to his original mark, and I find this also can screw up rotations if you do not handle controlling the hedge big yourself.

Again, there is 100 percent some massive issues with the pick and roll when going against just the AI, but for user-controlled elements, now that flipping the pick and roll is not breaking the backside coverages, you have decent control over handling pick and rolls on defense against other users.