The Nintendo Switch has a real winner on its hands with New Star Manager. The meticulous precision and complexity that effective soccer requires can be a daunting task for someone unfamiliar with the intricacies of the game. Fortunately, New Star Manager does a good job of highlighting the beauty and elation of the sport in its management sim without suffocating people with the intricate details. Of course, this also means users looking for a true sim environment, full of statistics, intricate formation philosophies and on-the-go coaching mechanics may want to look in another direction.

Regardless, New Star Manager is more than gripping enough to keep you engaged for hours on end. It supplements the core gameplay by sprinkling in occasional tedium with off-the-pitch activities, all of which feel necessary to fulfill the depth gamers yearn for in a proper soccer title.

New Star Games is a company that’s no stranger to soccer gaming. Fans may know the New Star franchise has been around since 2003, though almost exclusively on Windows and Mac. This iteration takes aim at the Nintendo Switch, marking the first jump to console gaming for the developer. This works perfectly as the game has a distinct Japanese RPG feel to it, representing the Nintendo brand quite well. 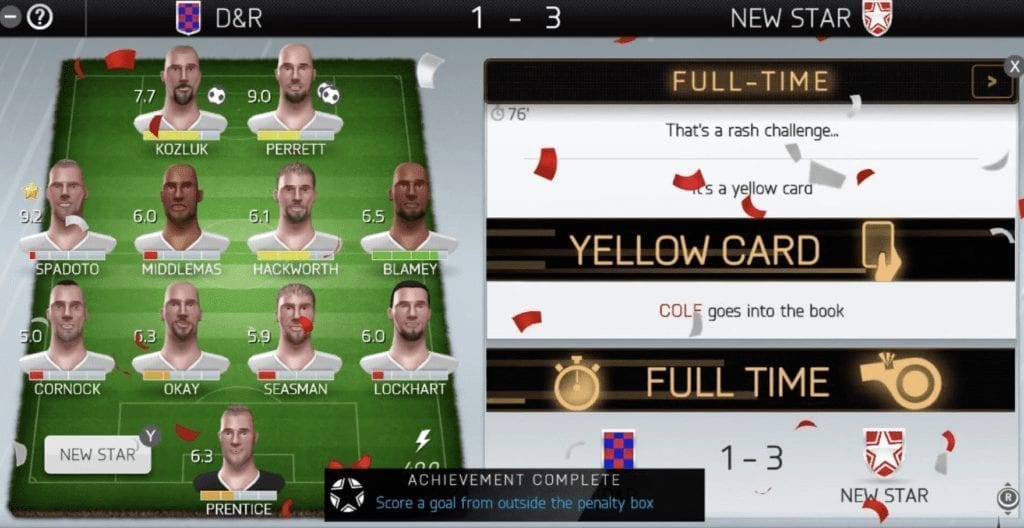 Free of licenses, New Star Manager brings a fictional world to your fingertips. The player names aren’t real, the team names aren’t either. But after an hour or so, it will feel like you’ve been rooting for your team your whole life. As manager, you’ll grow fond of your star players, leaning on their abilities during a big match. You’ll find yourself grooming the young prospect with limitless potential, hoping to see him grow before your eyes and deliver in a big moment. It falls on your shoulders to decide if the reliable veterans, suffering from fatigue, need a day off. It’s a constant balancing act, and a captivating one at that.

The game plays out much like a lite version of FIFA’s Ultimate Team without the pay-to-play or pay-to-win elements. Your team is cast and profiled in the form of trading cards. Your players will fatigue and will need to be substituted in and out as the weeks pass. You have the ability to supplement the team with skill-boosting cards on a regular basis. At the end of the day, it’s your job to ensure your team stays fit and in the best position possible to secure a win on a nightly basis.

Aside from the team management portion of New Star Manager, you also have the ability to build out training grounds, fitness centers and scouting offices as you succeed on the pitch, earning in-game currency. These facilities have perks for the team, stimulating their recovery and progression rates. 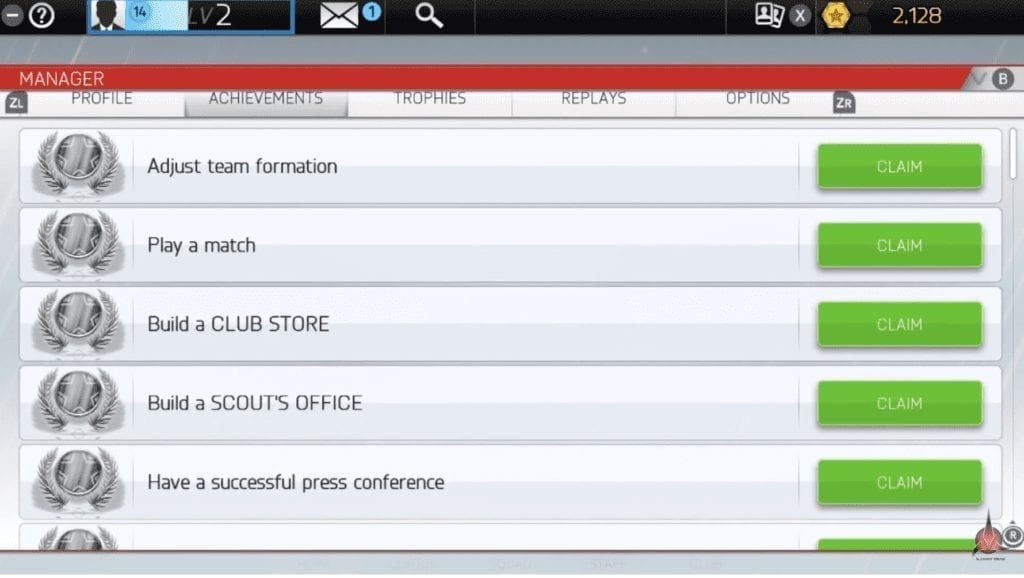 From this chair, the game really purrs when in the Switch’s handheld form. New Star Manager has mobile origins that translate really nicely when being played in-hand. It’s a more intimate experience, and one that feels organic and right. The game doesn’t try to oversell you with superior graphics or perfect frame rates, but it doesn’t have to. It’s very easy to get attached to the quirky, jubilant nature of New Star Manager when digesting it as a handheld experience. There’s something entirely cathartic about sending a rocket in from 30 yards out without a console controller in your hands.

When docked, you’ll find yourself wanting the game to play like EA’s famous variation of the experience. Unfortunately, it’s not as buttoned-up as the latter, and thus shouldn’t be expected as such. New Star Manager has technical confines that stop it short of being a graphical or gameplay wonder.

There were the occasional frame rate drops and menu falters, and there was one sporadic crash during my experience with the game, but thankfully these occurrences didn’t alter my perception of the game whatsoever. None of these misfortunes impacted any save data or online statistics that can be the downfall of some other always-online type games. New Star Manager certainly has its hiccups, but nothing debilitating.

For Switch owners, especially those looking for a quality management sim, New Star Manager is a must own. At just $19.99, It represents a carefree amusing experience absolutely perfect for your daily travel or free time at home. This is no doubt a very pleasant portable gaming experience that provides a level of depth that’s more than heavy enough to hold its own.