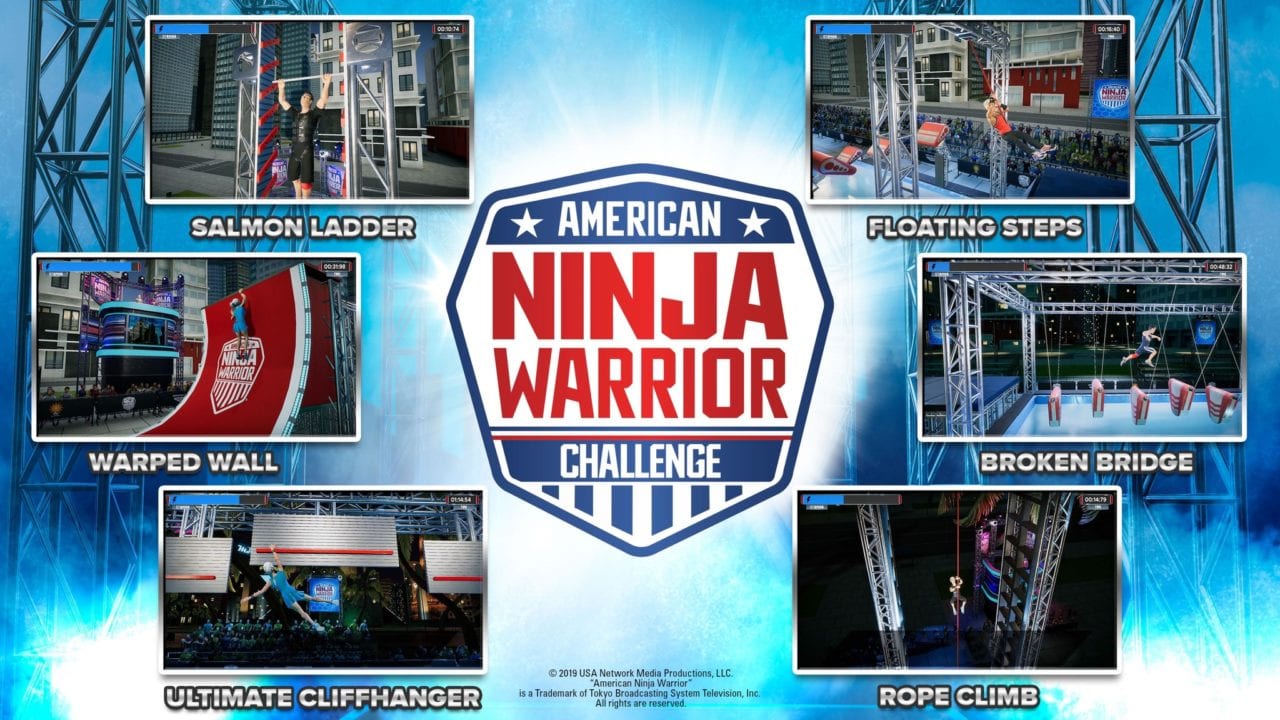 Salmon Ladder: Perform a perfect sequence to climb the ladder; as athletes progress, their stamina will decrease.

Warped Wall: Quickly run and jump at the optimal moment in order to pull athletes over the iconic American Ninja Warrior warped wall.

Floating Steps: Jump from one step to the next, maintaining momentum and balance, to reach the rope and swing athletes to the platform.

Broken Bridge: Perform well-timed footwork to keep athletes from falling; the higher your stats, the better the chances of making it through this obstacle.

Ultimate Cliffhanger: Athletes must power themselves across gaps to snag the ledge.

Rope Climb: The classic gym class rope climb but taken to Ninja Warrior level. Alternate hands and legs in perfect rhythm to climb the rope to the top.

The team announced the game last month and released a trailer and screenshots. If you missed them, check it out here.