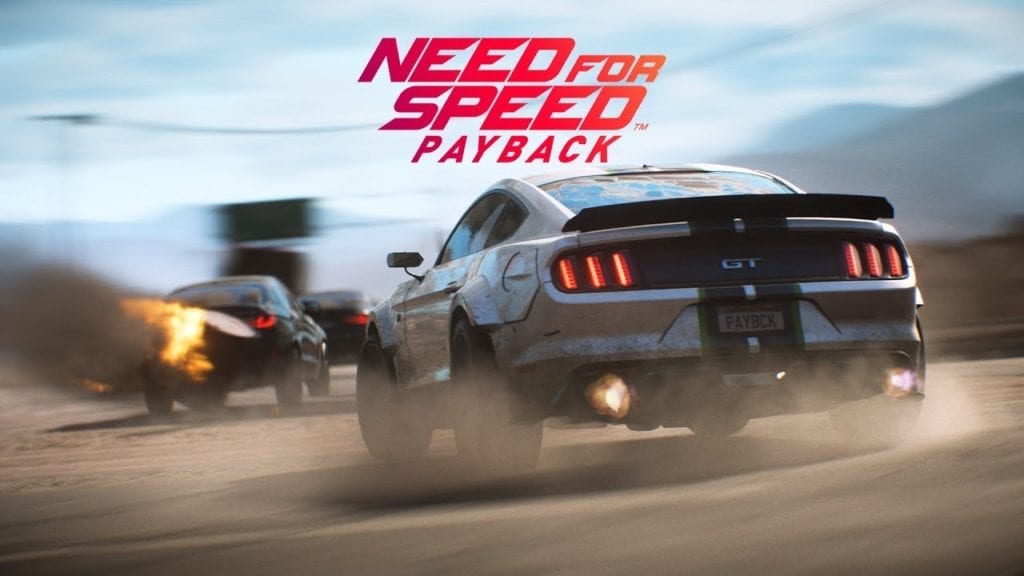 These days when you strap in and sit down with an arcade racer such as NFS Payback, it’s almost impossible not to associate it with the long running Fast and the Furious series, and rightfully so.

Who could blame a development company for trying to capture and give the user the opportunity and excitement to feel like they are part of Dominic Toretto’s crew? In theory it’s an awesome idea, but an idea nonetheless that is not so easy to pull off.

Not only does it require developers to create amazing race sequences while casting real-world physics aside, it also requires them to provide a decent story and characters we love — or can at least learn to love.

At times the NFS series has come oh so close to nailing that trio of requirements, now the question is does NFS: Payback finally pull the series across the finish line in first, or leave us broken down on the streets with a blown engine?

In a release season that has witnessed some incredible sim-racing titles hit the market, it’s nice to actually sit down with a game that doesn’t require absolute precision and focus. It just wants to provide fun and adrenaline pumping excitement for the user.

In that aspect, NFS: Payback accomplishes everything it has set out to be. The controls are tight, but beware, they also provide an incredible dose of over-steer, with a dash of twitchiness that will take some time to get used to for some.

The sense of speed is strong, and once you drop the hammer (or simply hit the nitro button) it becomes a thrill ride that is more reminiscent of blasting into space as opposed to blazing down the highway at 150 MPH.

Where the gameplay becomes a bit problematic is the ability to upgrade your vehicle and the rubber-banding of the AI. 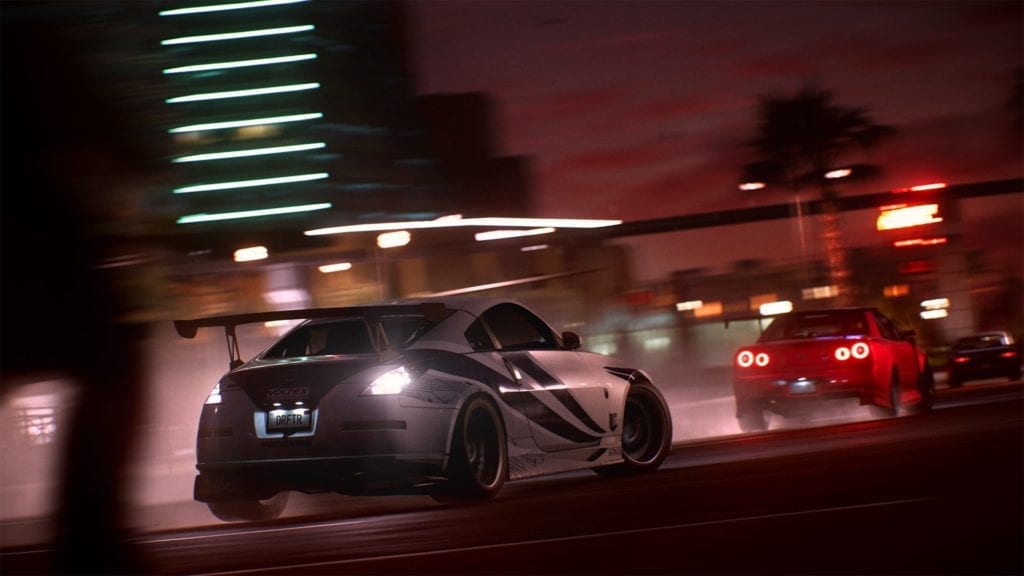 Although the online whispers surrounding this release suggest that it is an absolute pay-to-win title, I would say those complaints are largely exaggerated.

I have multiple hours into NFS: Payback and have not found myself on the edge of purchasing the in-game speed cards that are available to help upgrade your vehicle of choice at a much quicker rate. Speedpacks are in-game card packs that are awarded to one for winning races or accomplishing a set of goals, and these packs can help boost your car’s original attributes.

That said, upgrading your car does require one to “grind” it out, and there are no shortcuts to do this, assuming you do not want to dip into your real-world bank account.

As previously mentioned, the game does provide quick-adhering speed cards for accomplishing goals within the game, and also for daily logins, but each style of car will need to be upgraded (Drift, Race, Off Road) and you need specific cards to do so — hence the “grind” mentality.

With all that said, I have won every single race that I have entered, and while there were many races that I had to attempt to win multiple times, I still won every single one from the simple utilization of the car upgrades provided to me from in-game resources.

Unlike most of the racing titles that have dropped over the late summer and early fall, NFS: Payback attempts to integrate a story within their game.

Without giving away too much of what takes place, the story is one of redemption and revenge that revolves around a crew of Tyler, Jess and Mac. The idea within the campaign is to seamlessly blend arcade racing, police pursuits and a storyline into one big movie-like production that plays out over the course of the campaign.

The issue here is that storyline is sketchy and unrealistic at times, the acting is almost high school drama level, and the whole thing feels like one is trying to piece a puzzle together with multiple pieces missing. 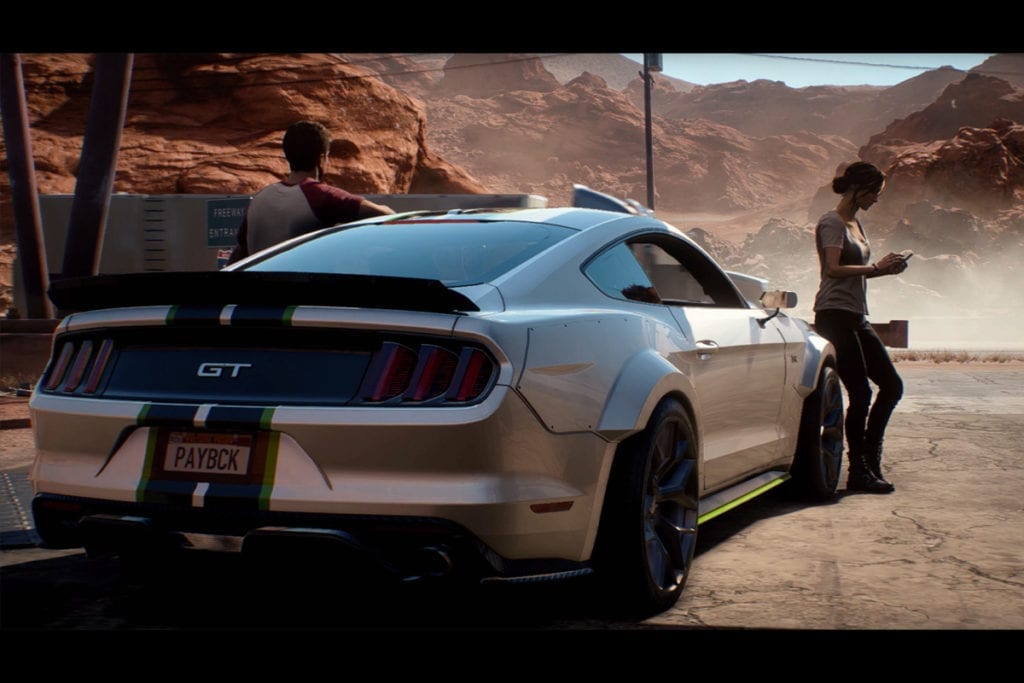 While within this mode it will often leave you feeling like you are just running from point A to point B, back to point A, and then point C and then wash-rinse-repeat.

Very few of the objectives feel new or fresh after you have attempted them so often, and the game does very little to change that feeling the deeper the story goes along.

While this scenario can work for some games, when you are trying to create fluid storyline and characters that we are supposed to care about, this approach does very little to push the combined components forward and make us want to care. I applaud the effort here, but it feels like the story could have used a bit more time on stage to have the desired effect they were hoping to garner from the user.

Overall, there is some fun here, but in the end it feels like a Saturday afternoon flick that is half the price of admission.

There was a chance to create a pretty exciting and enticing online experience for the user here, but sadly the online offering in NFS: Payback is pretty shallow, and struggled to keep my interest at all. The game provides a standard set of options and races to partake in, whether as a casual racer or ranked, in a series of five-race events.

You will also find a leaderboard where you can see where you rank against everyone else, but for now that’s where the fun ends, and I use the term “fun” loosely. 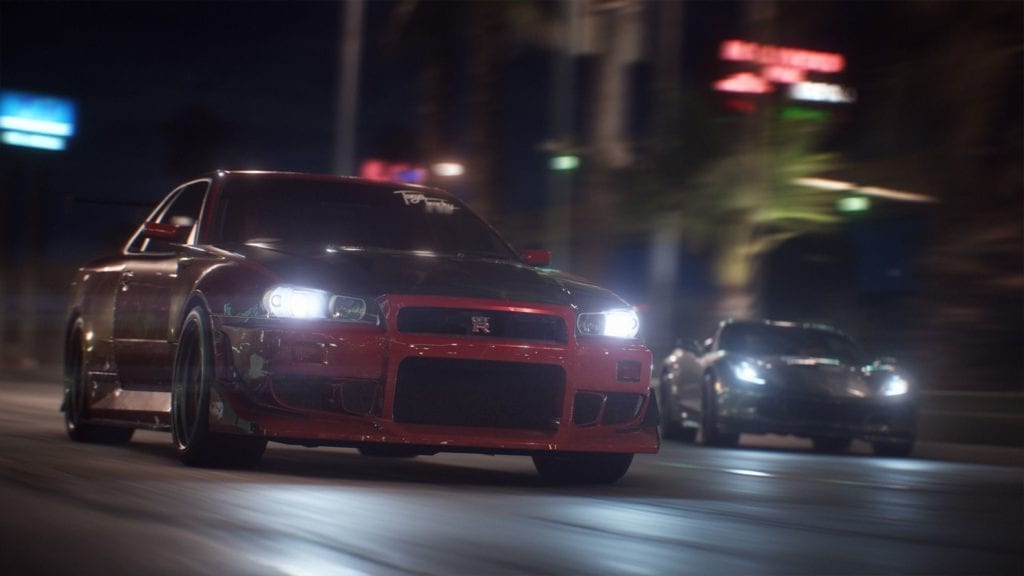 With a title like NFS it seems like the setting is perfect to provide opportunities for the online community to pull off heists together, race as a crew together, or simply race together in an open world with a bunch of events to enjoy.

Sadly, none of that is available at this moment, and we are left with an online experience that feels like an afterthought.

While there were times that NFS: Payback created a surge of adrenaline and fun on screen, there just weren’t enough of those moments to hold my interest for very long.

The racing can be fun, and the graphics can wow often, but sadly the game lacks any real depth to provide longevity to the user and warrant a strong consideration.

It’s not that NFS: Payback is necessarily a bad game, but it has some strong competition on the market in terms of racing titles, and unless you are a die-hard fan of the series, there isn’t enough to suggest that it is an absolute rotation-worthy purchase.