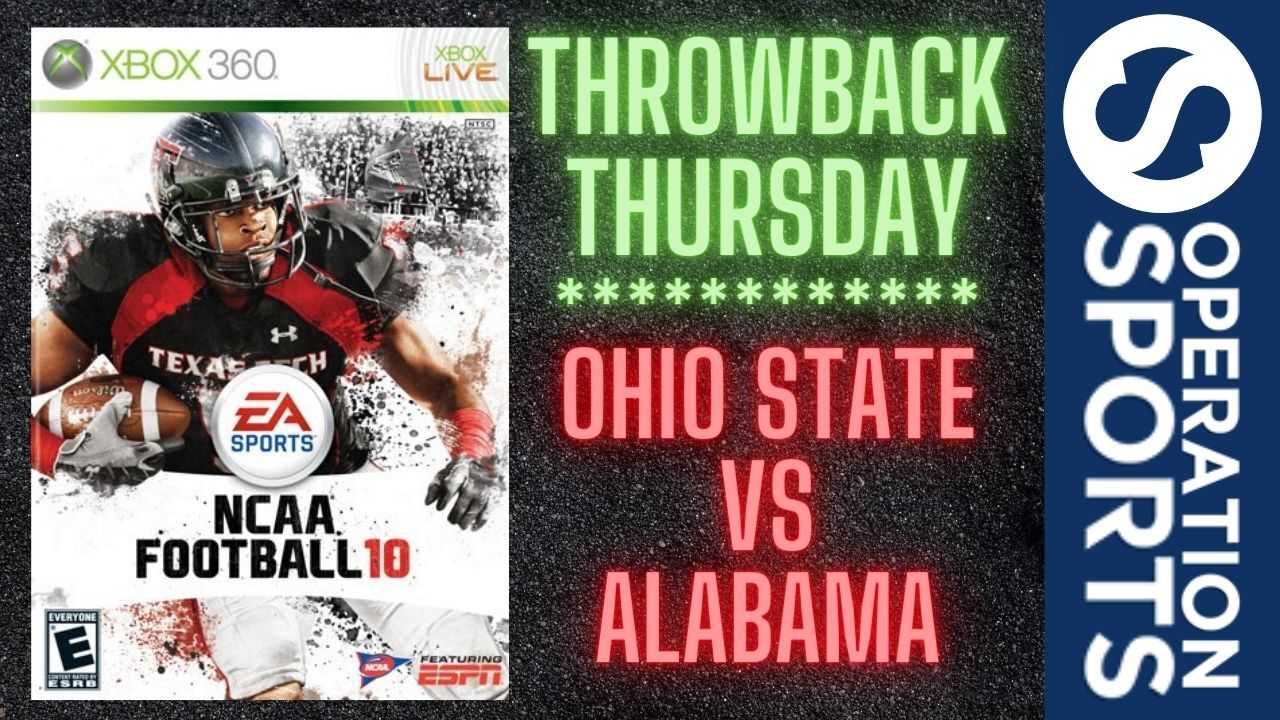 In this video, Brian takes a look back at NCAA Football 10 for this retrospective. With Michael Crabtree rocking the cover, we head back to a time where NCAA Football was still finding itself on Xbox 360 and PS3 as the PS2 era was winding down. TeamBuilder came to fruition this year, but Brian is here to look at the gameplay as Ohio State takes on Alabama.