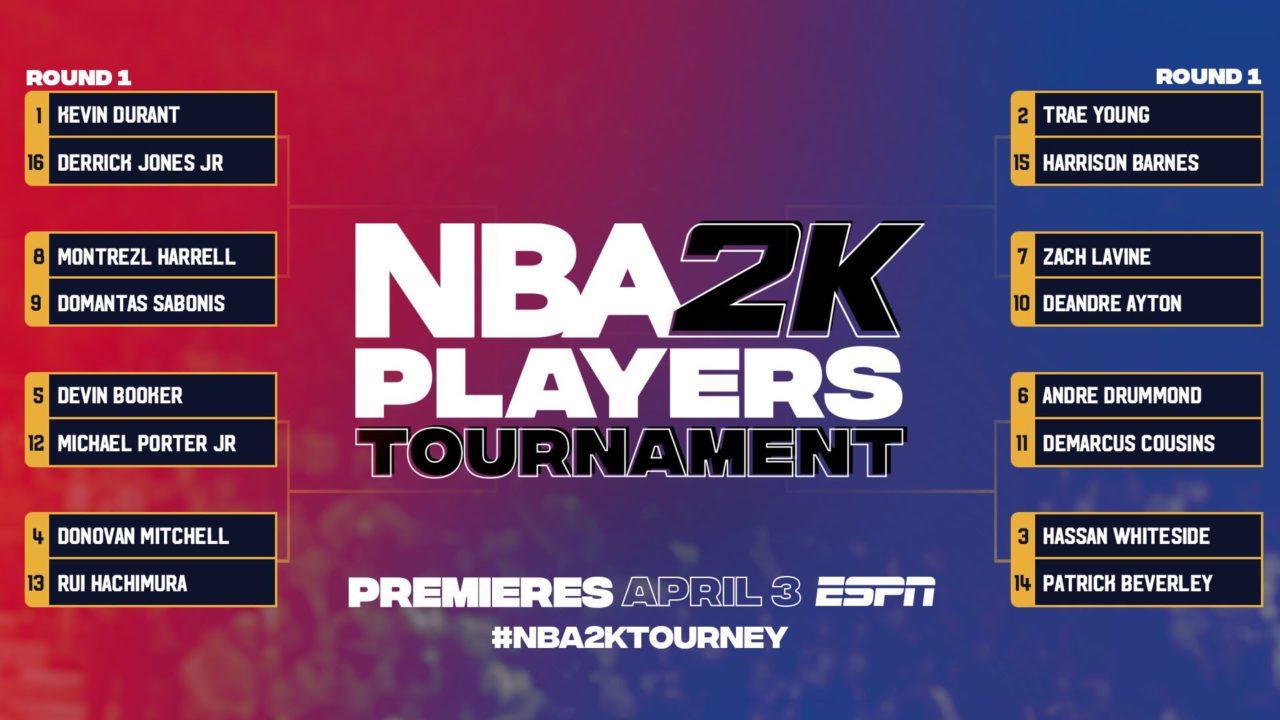 While not all 32 teams will be represented, 2K, the NBA, and the National Basketball Players Association have officially announced the “NBA 2K Players Tournament,” an NBA 2K20 gameplay tournament, between 16 current NBA players.

Beginning Friday, April 3 on ESPN and ESPN2, players including top seeds Kevin Durant of the Brooklyn Nets and Trae Young of the Atlanta Hawks, will compete in a single-elimination, player-only tournament on Xbox One. The winner will be crowned the ultimate NBA 2K20 champion and select a charity beneficiary to receive a $100,000 donation from 2K, the NBA and the NBPA in support of ongoing coronavirus relief efforts.

Based on players’ seeding, which is determined first by NBA 2K rating, second by tenure – players will go head-to-head online in NBA 2K20. Prior to the tournament beginning, every player will choose eight of today’s NBA teams, each of which can only be used once. If a mirror match is set, the away team is awarded first choice of team. Rounds one and two will be single elimination, with the semifinals and finals running best of three.

NBA Could Be Planning Players-Only NBA 2K Tournament with Each NBA Team Having a Player Representative
NBA 2K20 MyTeam: DBG Reveals the Cheapest Must-Have Card in the Mode