Com2uS has announced NBA NOW 22 for mobile devices. The strategic basketball simulation and card collecting game will feature over 4,000 active and legendary pros, giving players the ability to create the ultimate team and call all of the offensive and defensive plays on the court.

As an officially licensed NBA game, players will also be able to enjoy real-time stats from the 2021-2022 season, including players’ appearance, stats, uniforms, courts, and more. Additionally, players who pre-register will receive an exclusive “Live Premium Player Pack” and “Joel Embiid Live Gold Card” that can be claimed at launch. Pre-registration is open now with plans to release this fall on the Apple Store and Google Play Store.

NBA NOW 22 is a free-to-play, one-hand controlled mobile game officially licensed by the NBA, featuring all 30 NBA teams and stadiums as well as the full ’21-’22 NBA season schedule to allow fans to play through all the games this season before they happen live on the court. Team management gives players the ability to form their lineups and collect more pros to further develop their roster into an elite squad. Players will have the opportunity to enjoy intuitive and dynamic gameplay with a simple vertical control method, and experience various contents that enhance the fun of sports games, including dynamic actions, various game modes, and tactical cards that maximize player abilities.

The unique game modes include Regular League, a PvP Battle Mode, and Live League which leverages real world stats and schedules and Prediction Mode, which allows players to choose the outcomes of real world games for in-game rewards. Matches will play out by choosing individual offensive and defensive plays which will play out on the court in fast and fun strategic matches from the preseason all the way to the finals and postseason. 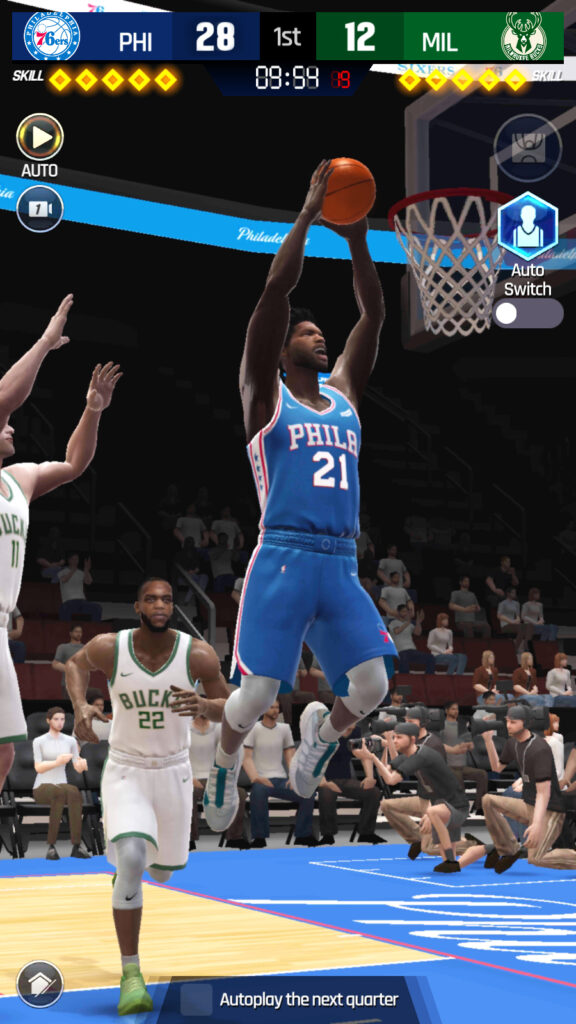 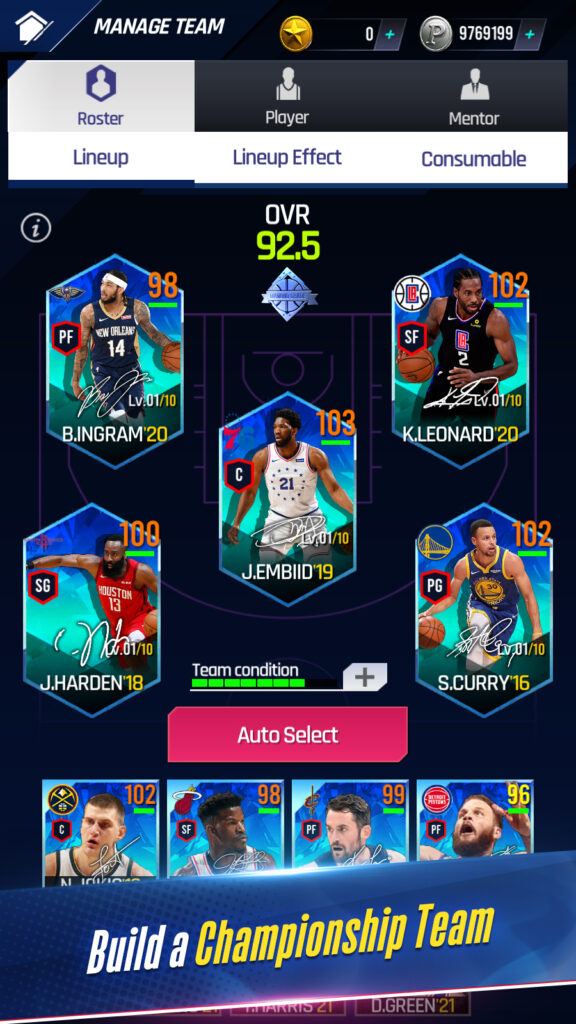 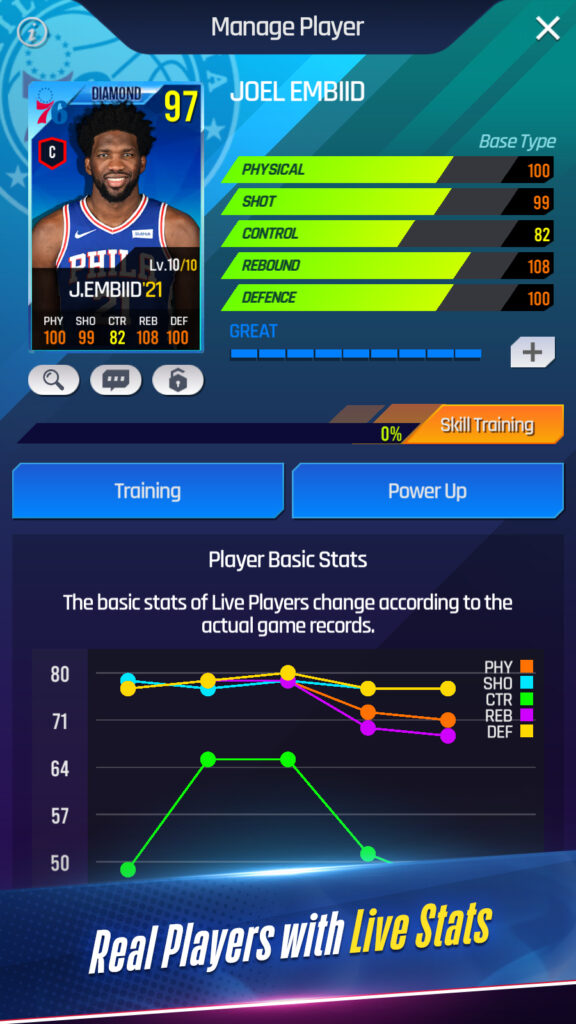 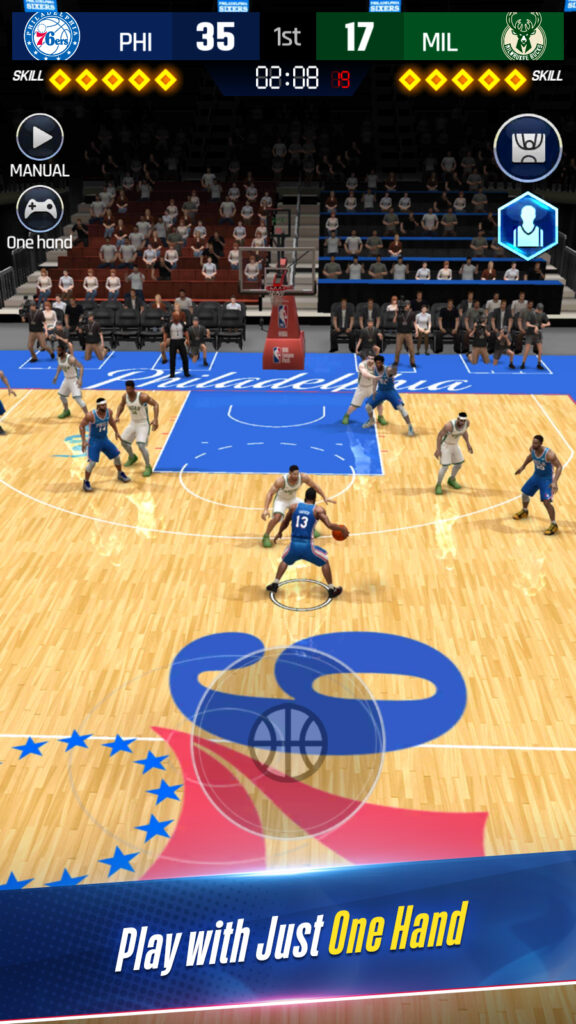 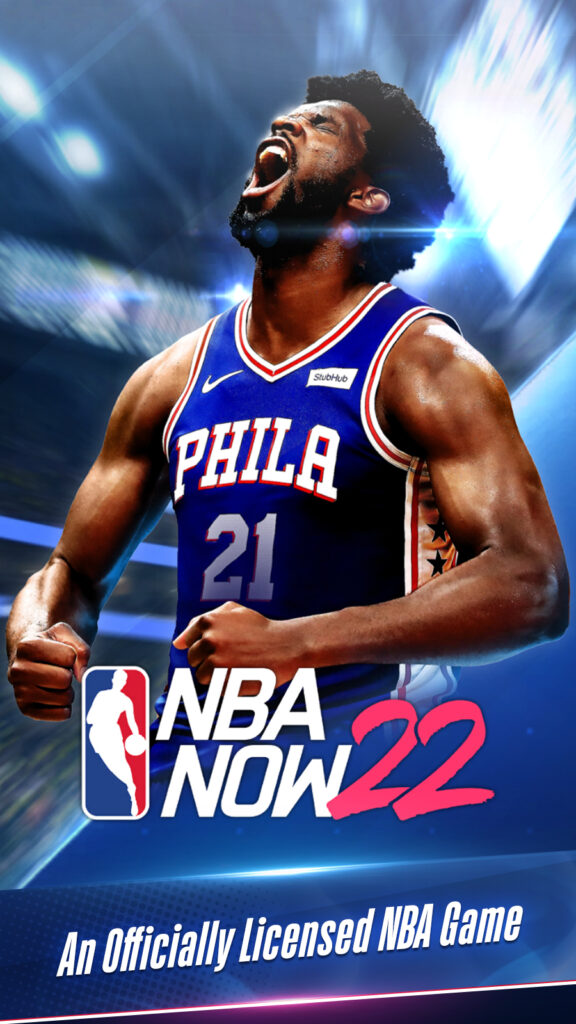 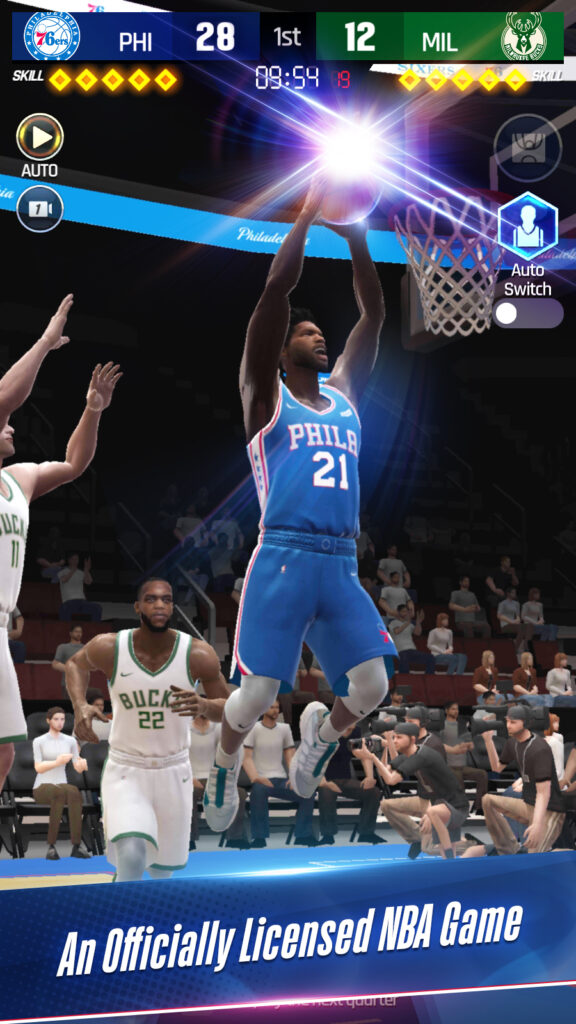