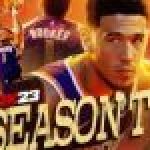 This Friday, October 21, NBA 2K23 Season 2 will kick off and fans can check out new content that will put them in the Halloween spirit on MyCAREER, MyTEAM and The W. The new season also introduces new Dreamville apparel and 20 tracks hand-picked by Grammy-award winning hip-hop artist J. Cole.

NBA 2K23 Season 2 follows Phoenix Suns’ Devin Booker from Phoenix through the Wild West, where he challenges teams like the Golden State Warriors, the reigning champions, for the Larry O’Brien Trophy.

Check out the latest Courtside Report featuring all the details you need to know about NBA 2K23 Season 2.