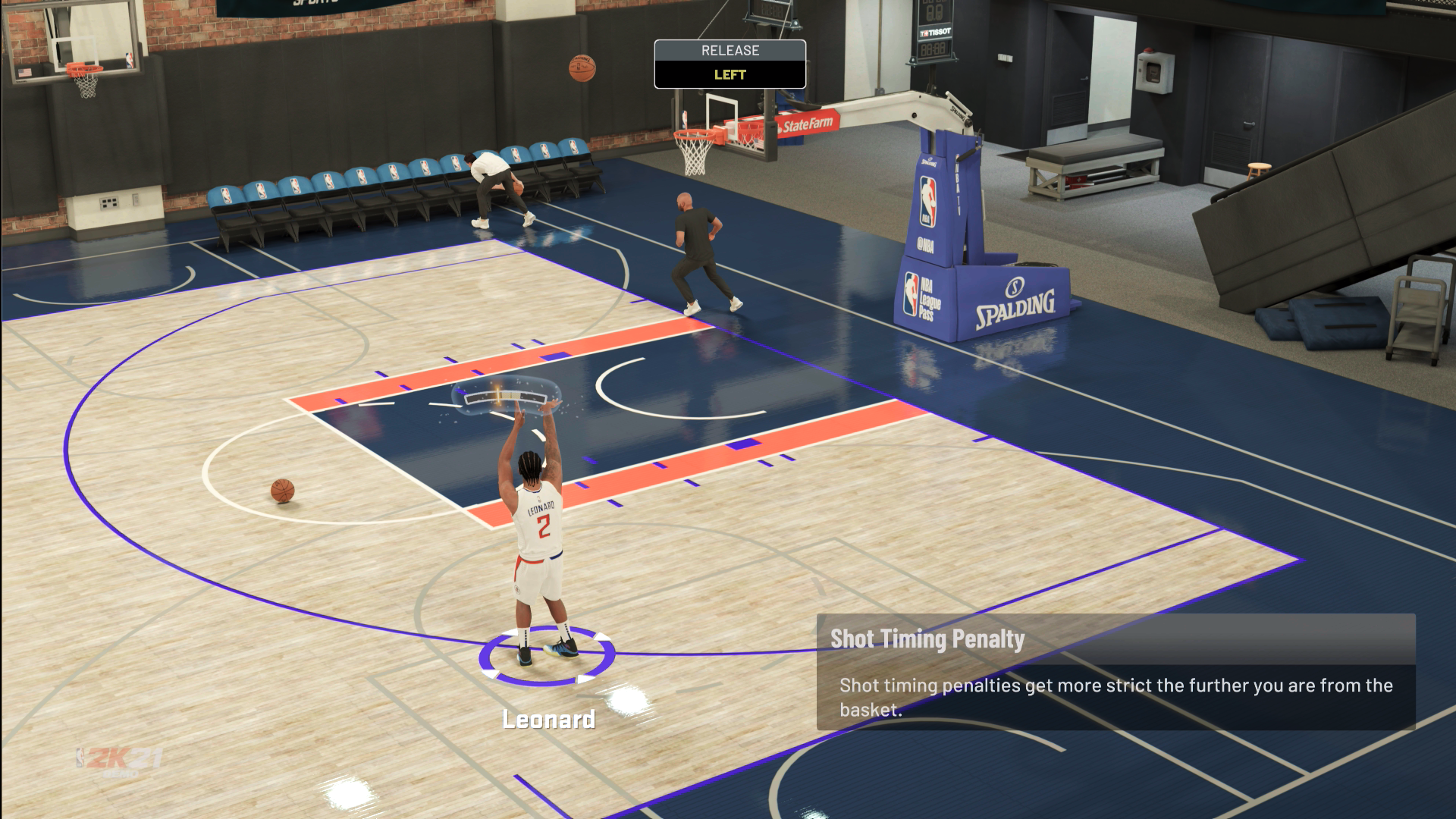 There is a new NBA 2K21 shot stick tutorial that was posted by Books Nelson (At Me Bro) yesterday, and I think it’s worth the watch if you have 15 minutes or so to spare. I think it’s worthwhile whether you like the new aiming system (like me) or have given up on it (like Joel has).

The biggest tip Books shows off is one I echoed when the demo was out where basically the first priority is just try to pull the stick straight down no matter what. You don’t want to try and outsmart the system and try to remember where the meter will be based on your spot on the court. Instead, try to get some muscle memory down and just try to get used to making either small or large adjustments based on how much you need to move away from the center.

There’s a lot of good little details here, so I encourage folks to scope this out if they want to download a little more information as they continue to get used to the new aiming system.