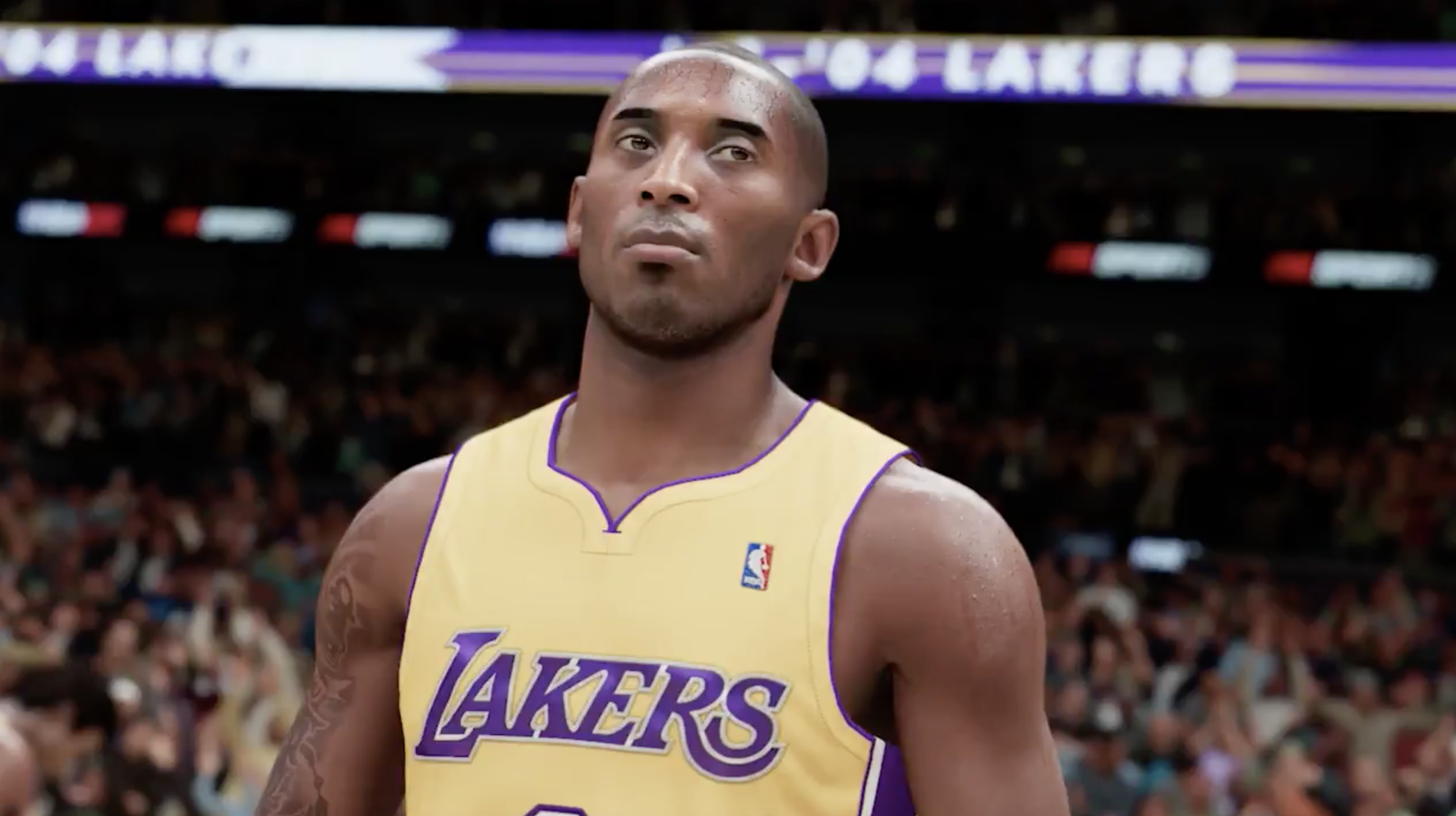 Chris Manning, host/producer of NBA 2KTV, has posted a first look at Kobe Bryant on next-gen consoles. As noted in the tweet, all of the different versions of Kobe have been updated for next-gen.

I’m looking forward to seeing what Frobe looks like.

Happy Wednesday, 2K fans! How about a first look at one of the updated versions of Kobe on next-gen? All the different versions of Kobe's have been updated for next-gen! pic.twitter.com/b9ecsVC8gh