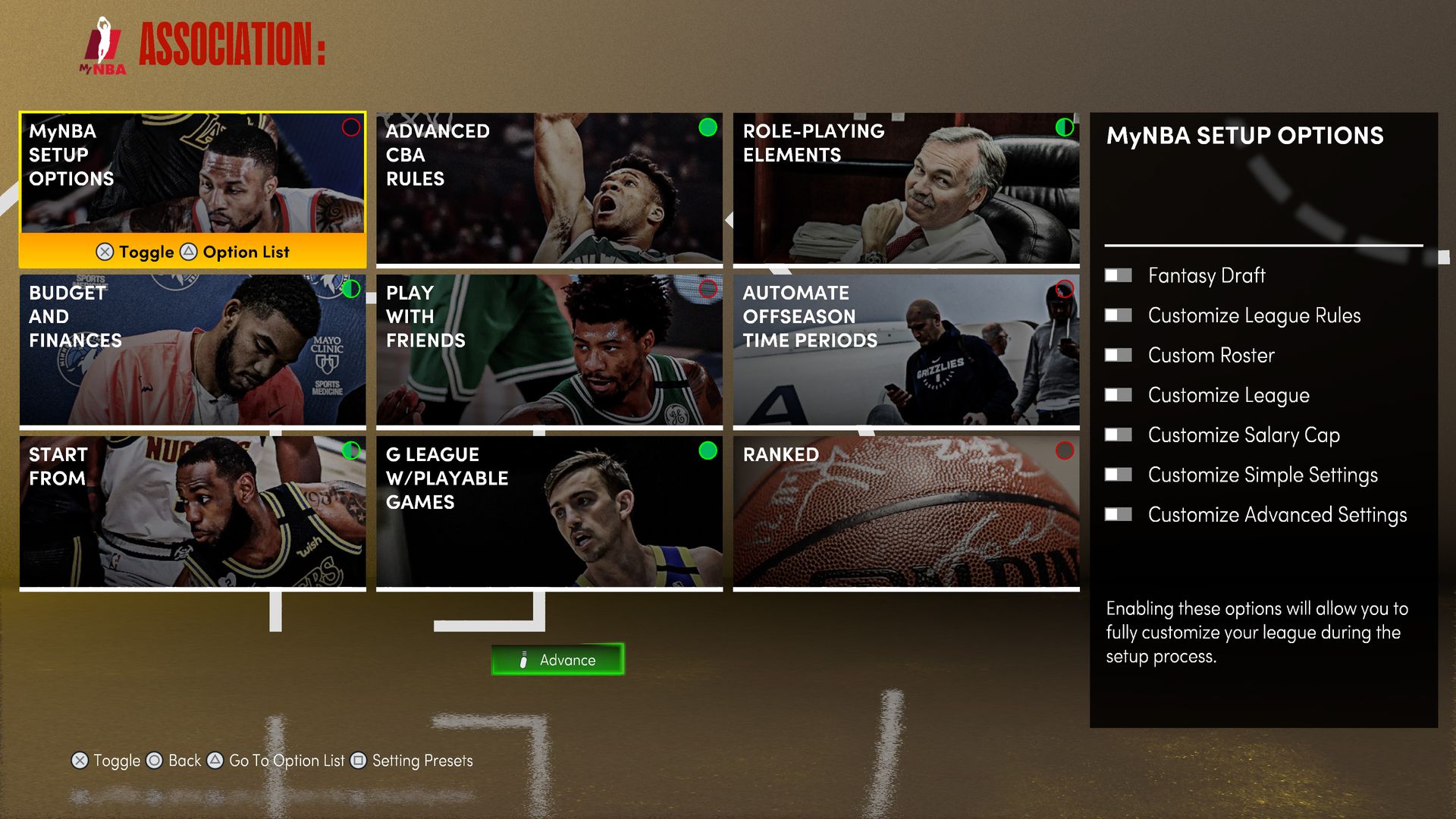 NBA 2K21 next-gen is now out in the wild, and we wanted to do one last preview of things that will be different on the next-gen consoles now for those still waiting for their new consoles. Joel did a great job focusing on almost anything and everything that 2K was hyping up as being changed on next gen, and I just want to dive a little deeper into NBA 2K21 next-gen franchise mode now.

The final piece of news 2K released was that MyGM, MyLeague and MyLeague Online would now be called MyNBA. This is potentially exciting news for franchise players who have been waiting for a mode that combines all three modes into one. The mode gives you the ability to play a franchise mode how you want to. This new mode gives you the option of combining the role-playing elements into a franchise with all the customization MyLeague offered. You can even create a league with your friends and run an online league with all the same options.

The level of customization is beyond any sports game I can remember. The level of detail to the CBA and NBA league structure is amazing to see in a video game. It really feels like you are in your own league with rule changes, salary cap changes, personnel and player changes. The fact that we now will be able to talk to players and our owner regarding league issues is amazing.

MyGM players will now find this mode complete with a ton more customization options available. The old MyGM mode had RPG elements but it didn’t have the level of customization that MyLeague had. MyGM was a mode that was based on communication between owners and players to create a environment based off building relationships and ultimately building a team with your owner’s approval. It was basically a mode to make your owner happy and rich.

Now with MyNBA, you will still be able to build skill points and traits to further your career, but now you will have a fully customizable league to play as you want. You have a full list of rule changes at your disposal. You will still be able to interact with the players, agents and owner throughout the season. You will have the ability to watch your G-League affiliate play some games to check out some of your upcoming talent as well. 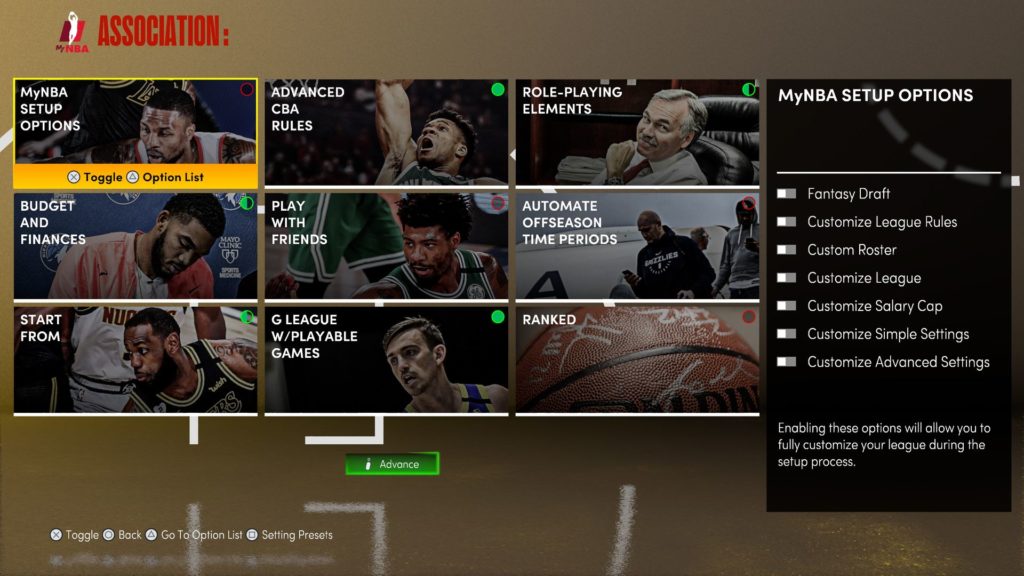 MyLeague was a fully customizable league that allowed you to run your league as you wanted. There was a slider set for every option imaginable, from contract demands to progression/regression of players. MyNBA has provided even more options now with the playable G-League, role-playing elements, setting ticket prices, etc. The best part of this mode is that if you don’t want to bother setting ticket prices for your games, you can simply turn it off.

I am really looking forward to adding some of the MyGM aspects to an already great mode. Some of the things 2K talked about adding was a new boom/bust system that can provide younger players with more of a dynamic career arc. If a player is playing above his ability, you can expect that player to continue to grow and get better. 2K also mentioned that created players can now have tattoos added. This provides another great layer of detail when creating upcoming rookies. I always felt created players stood out from the rest of the players and this will hopefully blend them into the league a little.

Also, 2K has now added badges to staff to go along with the RPG stuff. This year it seems like your staff matters. Every decision in building your successful organization is important. Another cool feature that they talked about was the ability to share and load other users MyNBA. This will be a cool feature that I think adds on to the mode. Do you want to replay the 2010 season and see if LeBron, Wade and Bosh can beat the Mavericks? You can see if someone has the 2010 season and see if the Heat can get that ring this time. 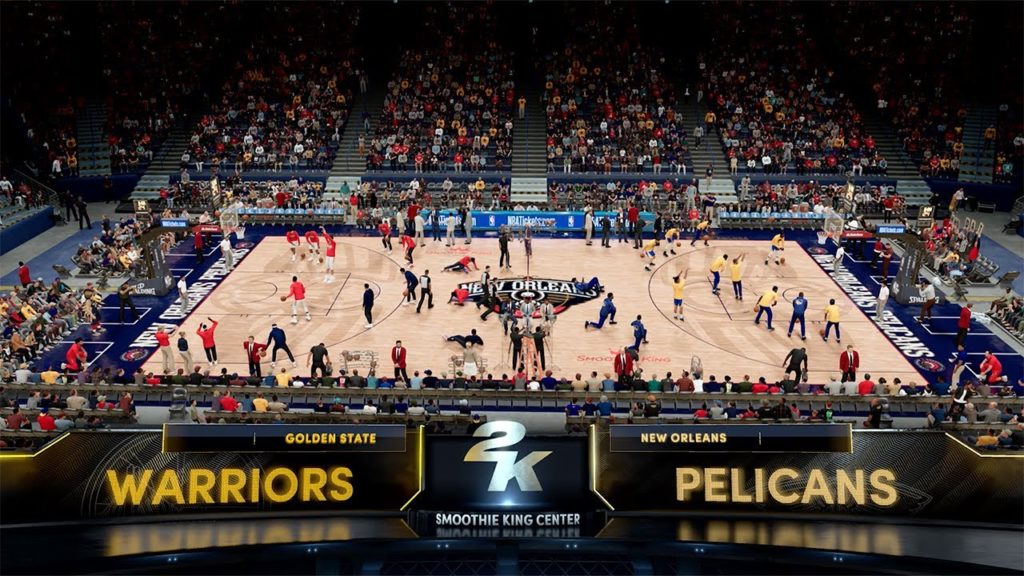 MyLeague Online players have been through a roller-coaster the past 4-5 years, but it looks like the coaster has finally settled down. This year’s iteration of online leagues is simply too good to be true. I had to pinch myself reading this because it’s what the community has been asking about for years. There is so much new to online leagues this year it’s crazy that 2K was able to pull this off (assuming the servers can handle all of this).

All of the stuff mentioned above is considered new to online leagues. Leagues will now be a giant league filled with GM tasks, talking to players/agents/coaches, building rosters, and finally playing games. Some new features that are especially new to MLO are the inclusion of training, practices and badge mentorship. Most leagues had a system to incorporate badge mentors on their own and I am glad we don’t have to manually do this anymore. The only thing missing is a website dedicated to leagues where you can bring your league to life on the internet.

I must say that after reading the blog I was all in on this mode. This is the mode that franchise users have dreamed of in many respects. I am glad to see them incorporate all the functions of the three modes and create one epic game mode that can be played against the computer or with friends. I am looking forward to diving into this mode and putting on my GM hat. From the looks of it, 2K took no shortcuts and now we get to dig in and see if it’s all it’s cracked up to be.

Cancel reply
Discussion
Click here to reply to the discussion
Continue Reading
You may also like...
Related Topics:2k franchise, my GM, My NBA, nba my league online, Online League, spotlight