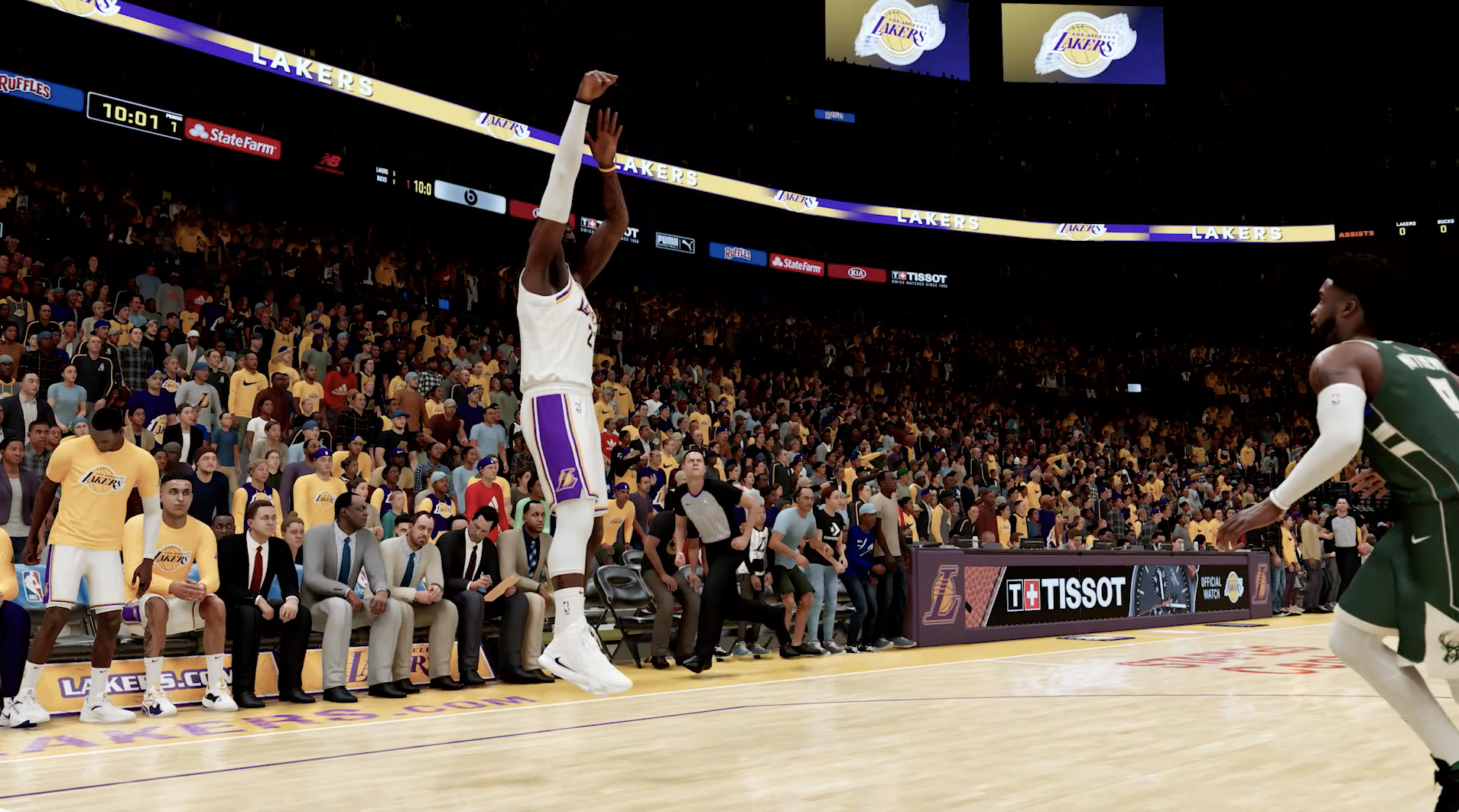 The third (and final) next-gen gameplay blog just went live, and while there’s a ton in there, I wanted to focus on the NBA 2K21 next-gen AI improvements coming to offense and defense. It’s not that I don’t care about MyPlayer, badges and so on, but AI feels somewhat split off from those pieces of the blog. We may have a deep dive into those other elements in the near future as well, but in the meantime let’s chat about the AI.

How Happy Are We With AI Right Now On Current Gen? 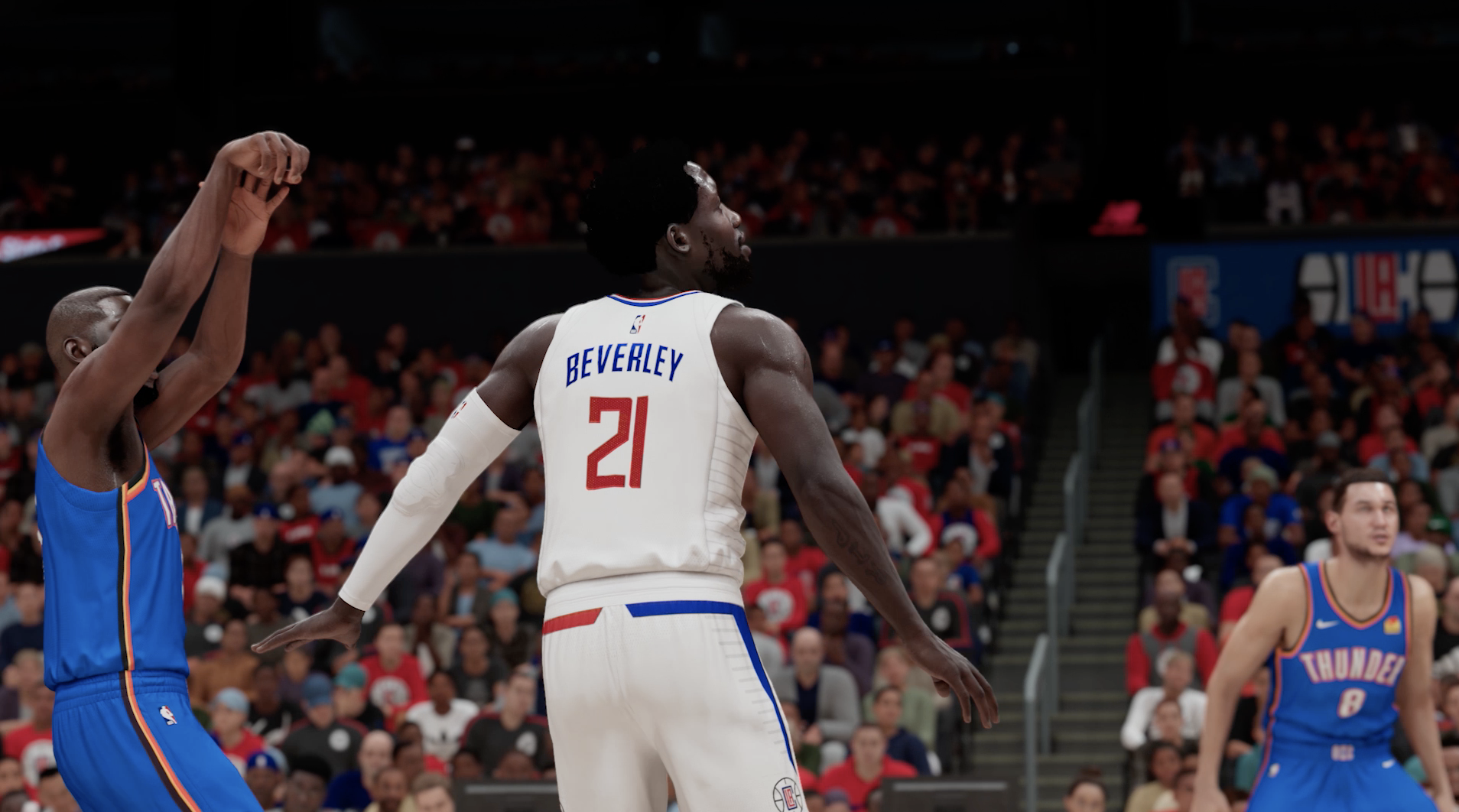 I’m of the mind that the AI has seen better days. It’s not so much that it’s gotten worse this year (even though it has), it just feels like the AI has stagnated in some areas. Let me quickly run through some basic high-level stuff.

There is a ton of room for improvement with AI, and some of that will hopefully come from ratings/badges/tendencies being more refined and mattering more. But now let’s get into the AI upgrades being touted. 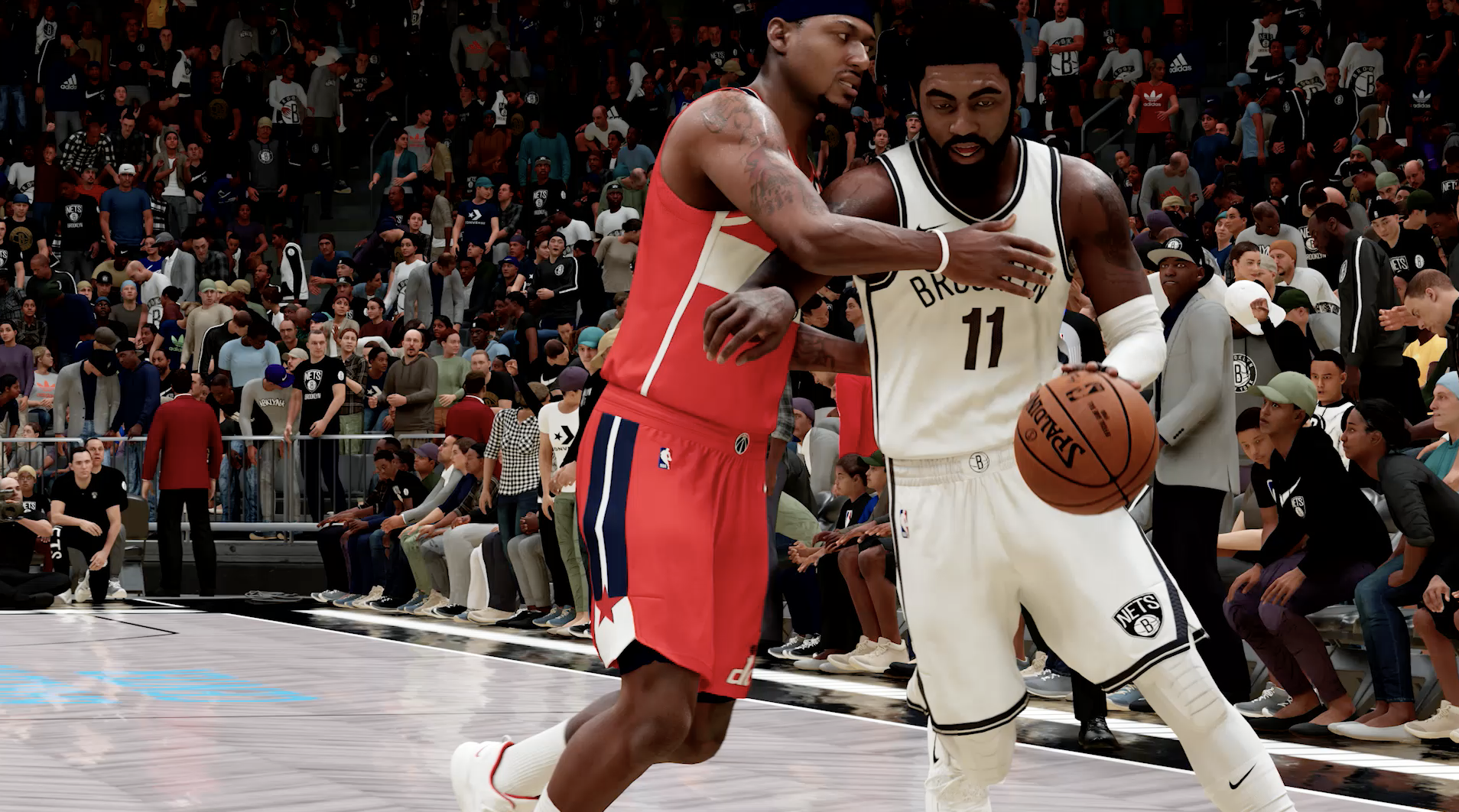 Let me first say, I hope there’s a better way to save individual defensive settings in online games so you don’t have to set these things every game online. The same goes for offensive playbook/settings. Whether it’s MyTeam, or MyLeague Online or Play Now Online, 2K needs to do better here. Otherwise, what’s the point of having all those options to set? It’s not reasonable to expect us to do these changes at the start of every game.

Okay, with that said, there’s a couple parts to this first improvement. Long-time veterans have probably given up on auto-switching many years ago and tend to tweak that so no switches happen unless they say so. The AI can’t be trusted, and there’s just never been a great rhyme or reason to the switching. Part of that is probably realistic as I imagine it plays into individual defensive awareness ratings, but the point is it’s really hard to trust the AI to switch at the right times.

With that in mind, will I now leave auto-switching on more often and trust the process? Sure, I’ll give it a chance. The most egregious switching tended to happen on pick and rolls and off-ball screens, so let’s get to those improvements next here.

In short, this first ties into the concept of “suction” and how much it still will happen. 2K is claiming you won’t be sucked into screens as much, and that’s one part of why the avoidance will be better. This matters for AI defenders off ball, and it matters when playing on-ball defense. Again, I want to believe you won’t be sucked into screens as often, and that will in turn allow you to better control when you go under/over an on-ball screen. 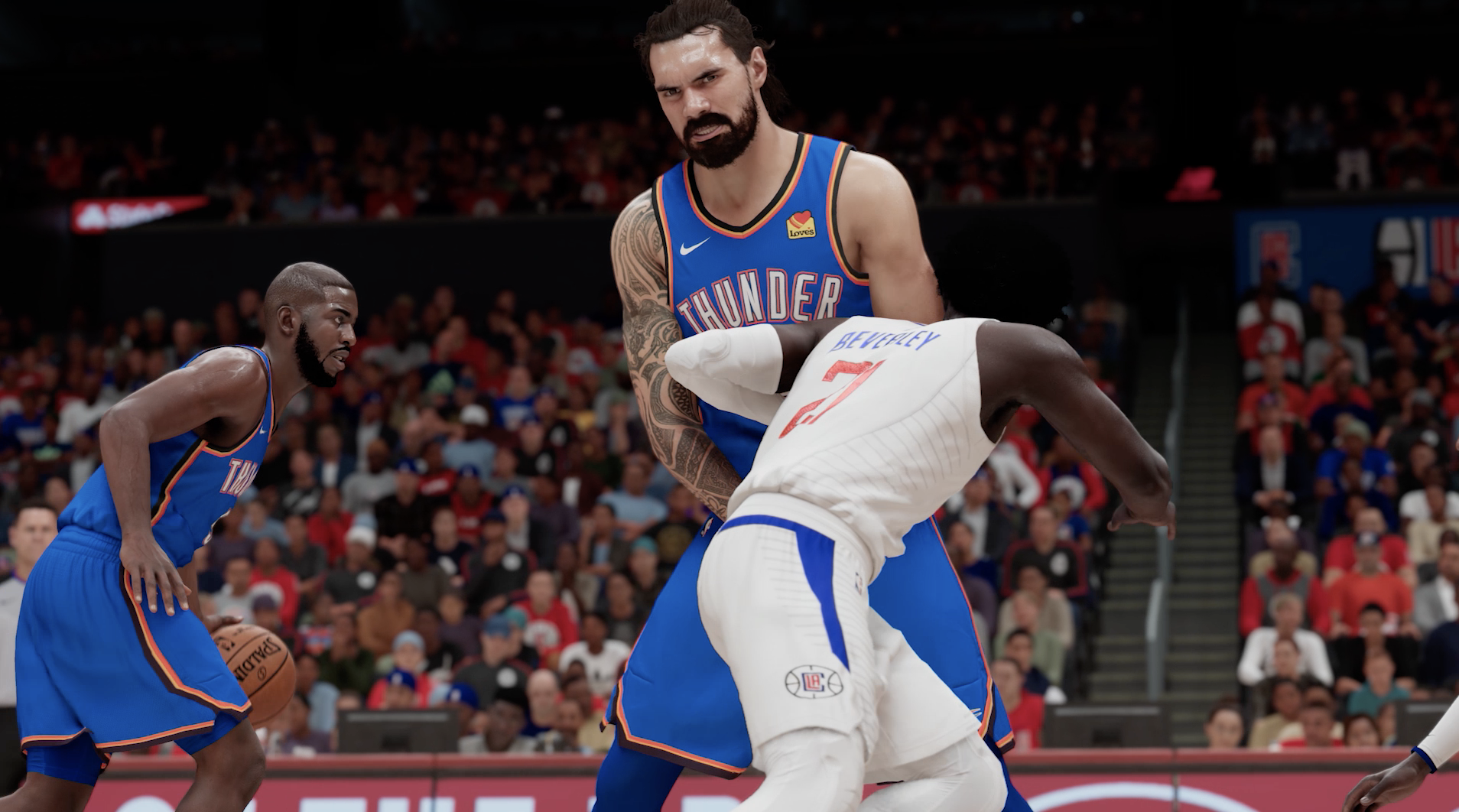 This one is slightly more confusing for me in terms of how it’s worded. If the hedge defensive system is overhauled, then why are we talking about screen positioning and angle targeting — those seem to imply what the screener is doing on offense. That being said, if this means AI defenders hedge on pick and rolls by taking better angles, then cool.

There are multiple reasons it’s “meta” to be the big/hedge defender rather than the on-ball defender in pick and roll scenarios, and one of them is the angle the hedge defender takes is too inconsistent and random. Whether you set the hedge defender to drop or hard hedge, there’s not always great consistency here and a relatively skilled player can pick apart these situations as the ball handler.

Okay, while I may trust “auto-switching” for a short period of time on next-gen, hasn’t ACE sort of burned so many bridges it can’t be trusted even with next-gen NBA 2K21? I feel like fans would be happy if there was just a way to make sure ACE stayed off if you set it to off rather than always fearing it’s somehow come back on and is ruining all your defense/offensive settings you went out of your way to set.

That being said, I would love to be proven wrong about ACE. I hope it does pick up on certain off-ball actions happening a lot and tweaks your defense to better handle it. It would be dope for those of us out there who don’t want to micromanage every little thing.

I’m not really sure what to say about this beyond simply saying “good.” There needs to be at least several improvements to transition defense because it’s rough. Players don’t get back after makes at times, they don’t match up, they don’t pick up their assignments beyond the 3-point line quick enough, and yet they also don’t pack the paint well enough either in other instances. Oh, and while it’s not defense related, nerfing outlet passing so not everyone can throw Lonzo Ball bombs would also help.

2K loves to make these sorts of changes, and I’ll always support them trying these things out. Double teams have always largely been bad in the 2K series, so if they want to transition to something like this instead, then fair enough. This could be a band-aid of sorts for the idea of leaving someone in a five-out system, but you would need to easily be able to key in on who you want to be that help defender. I like this concept in theory.

Again, sounds great but would have loved to read a little more info. We also need to make sure charges themselves are easier to come by. Mike Wang did talk about contact in the paint in last week’s blog, so I imagine this improvement sort of ties into that tenet as well. 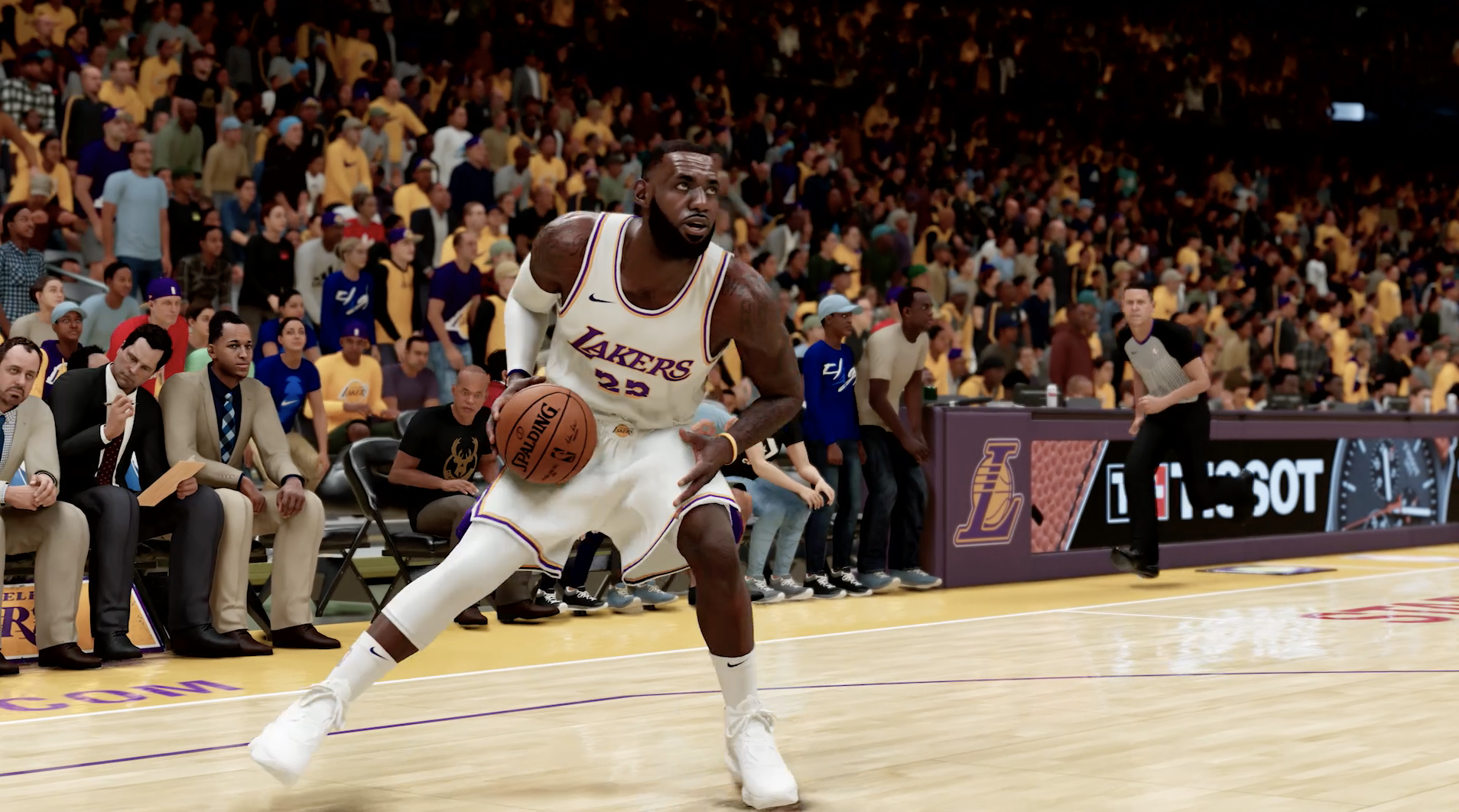 There’s a lot here, but I think I can more or less break it down into two categories that hopefully are improved by these changes. First, hopefully AI teams feel more varied now. It’s not so much that stars on each team don’t stand out, but you don’t really get the feel that the totality of teams are different. This is somewhat minimized as users go in and really edit team strategies and upload them for the community, but hopefully out of the box now more teams are different.

Second, hopefully this minimizes the need to have to edit your team before every online game. Again, if we can more easily save certain playcalls and such then this doesn’t even need to solve that problem, but the PNO fiends out there would love a way to be able to get more variety out of their teams. 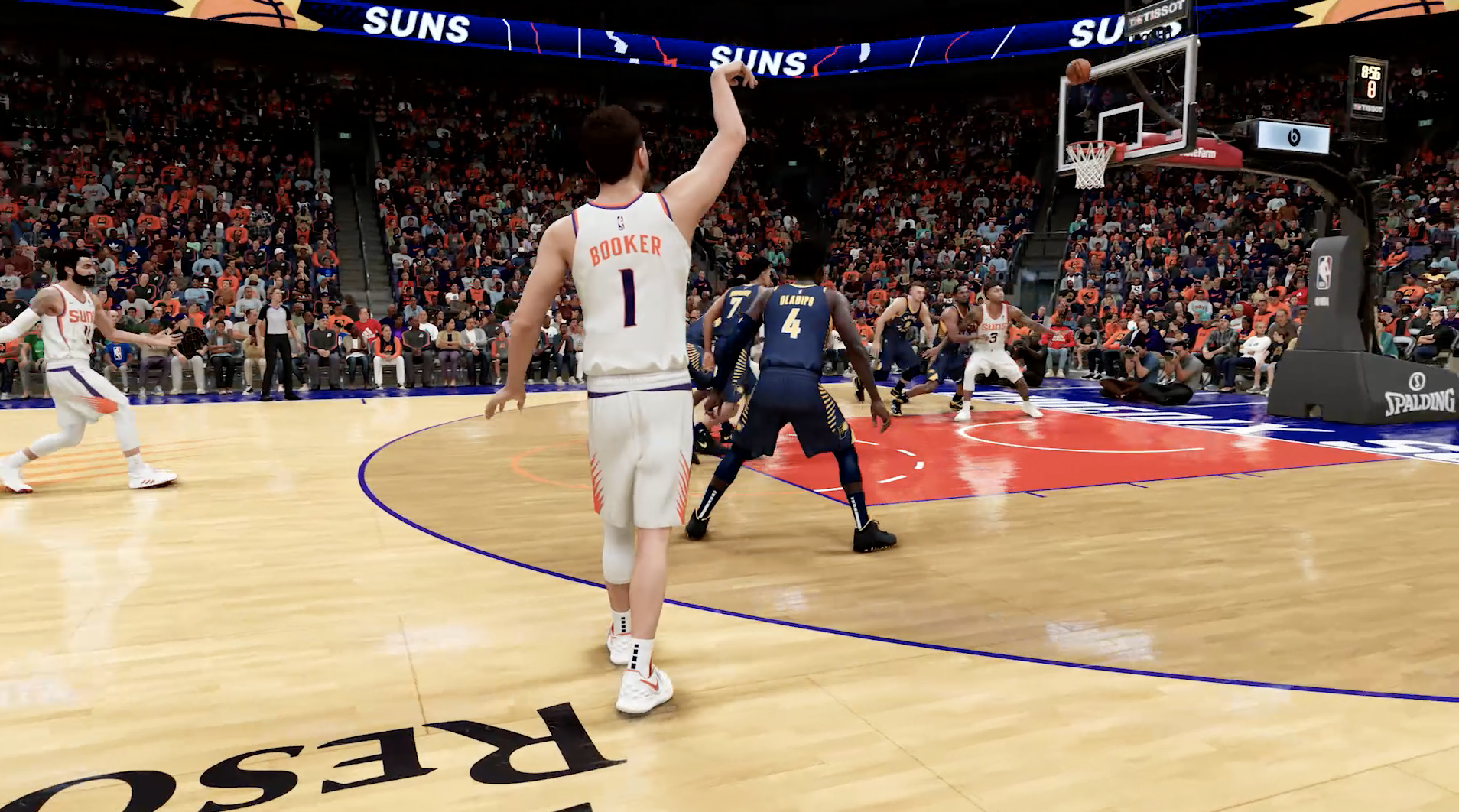 Again, a great quality-of-life improvement, but please let us save this sort of stuff in more situations online.

This may end up being what excites some people the most on OS, and I love this place for that. Again, 2K loves to make controller changes, and while some work out, others need to be quickly reverted.

I love using the base sets without needing to call plays, so any changes that happen here I will be sure to scope out. It’s very rewarding understanding the spots on the floor and what cuts/screens get triggered off them, so I want to be able to use these freelance systems as much as possible.

And these systems can only be improved by the AI players staying, ya know, on the court rather than out of bounds. This specific improvement was hinted at with the changes to foot planting and the physics engine allowing the AI players to get their feet behind the 3-point line without you needing to do it, so it’s good to see this improvement is carrying over to other portions of the gameplay. 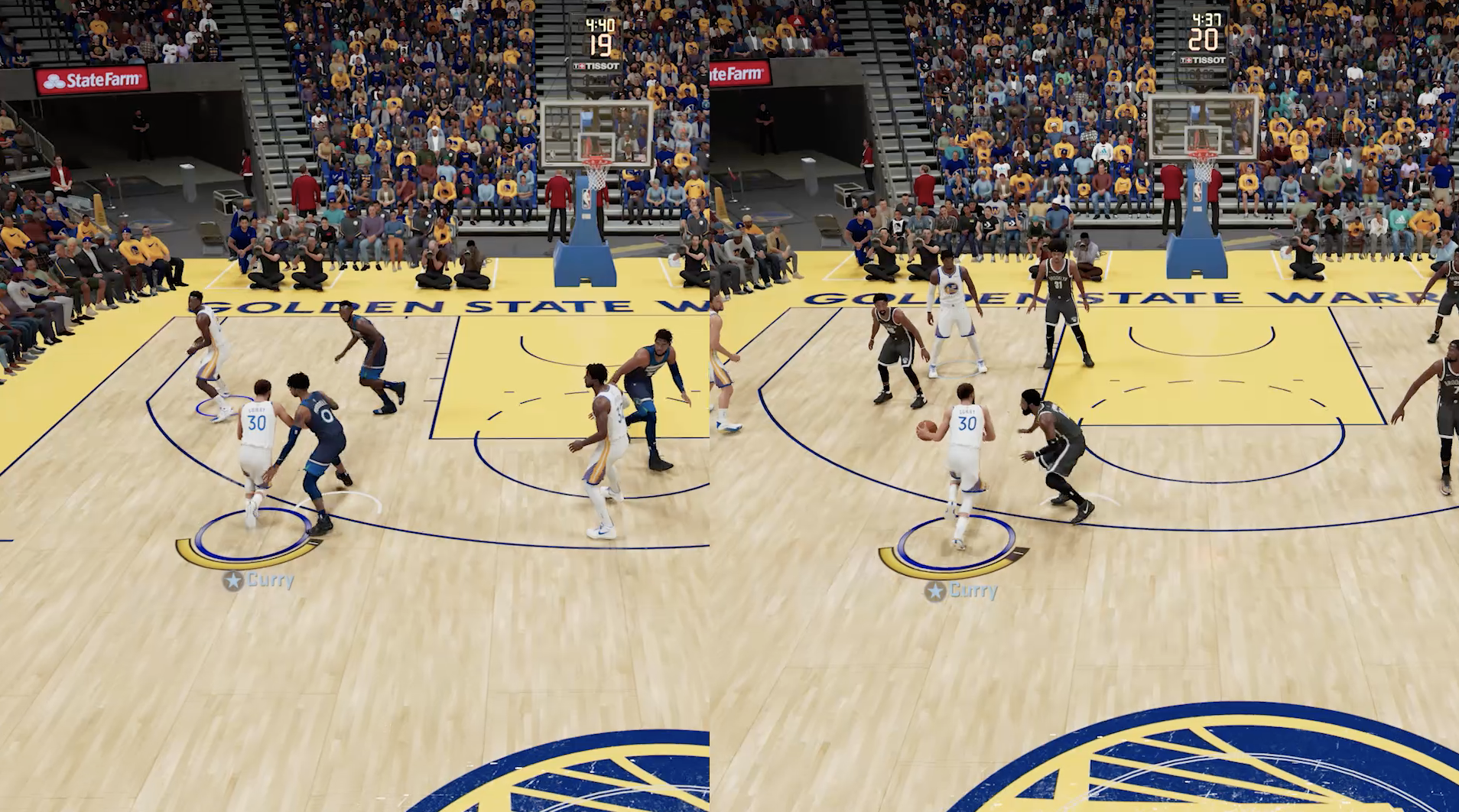 I actually don’t have a ton of problems with the pick-and-roll spacing beyond the AI players just holding the spacing for longer after you call for that spread pick and roll. If this means the AI players are better able to read the space (and don’t dive into the paint from the corner too soon!) but rather relocate around the perimeter, then fantastic.

There’s a lot here, what excites you the most? What did you not hear enough about with the AI? What are you worried about the most with the AI?