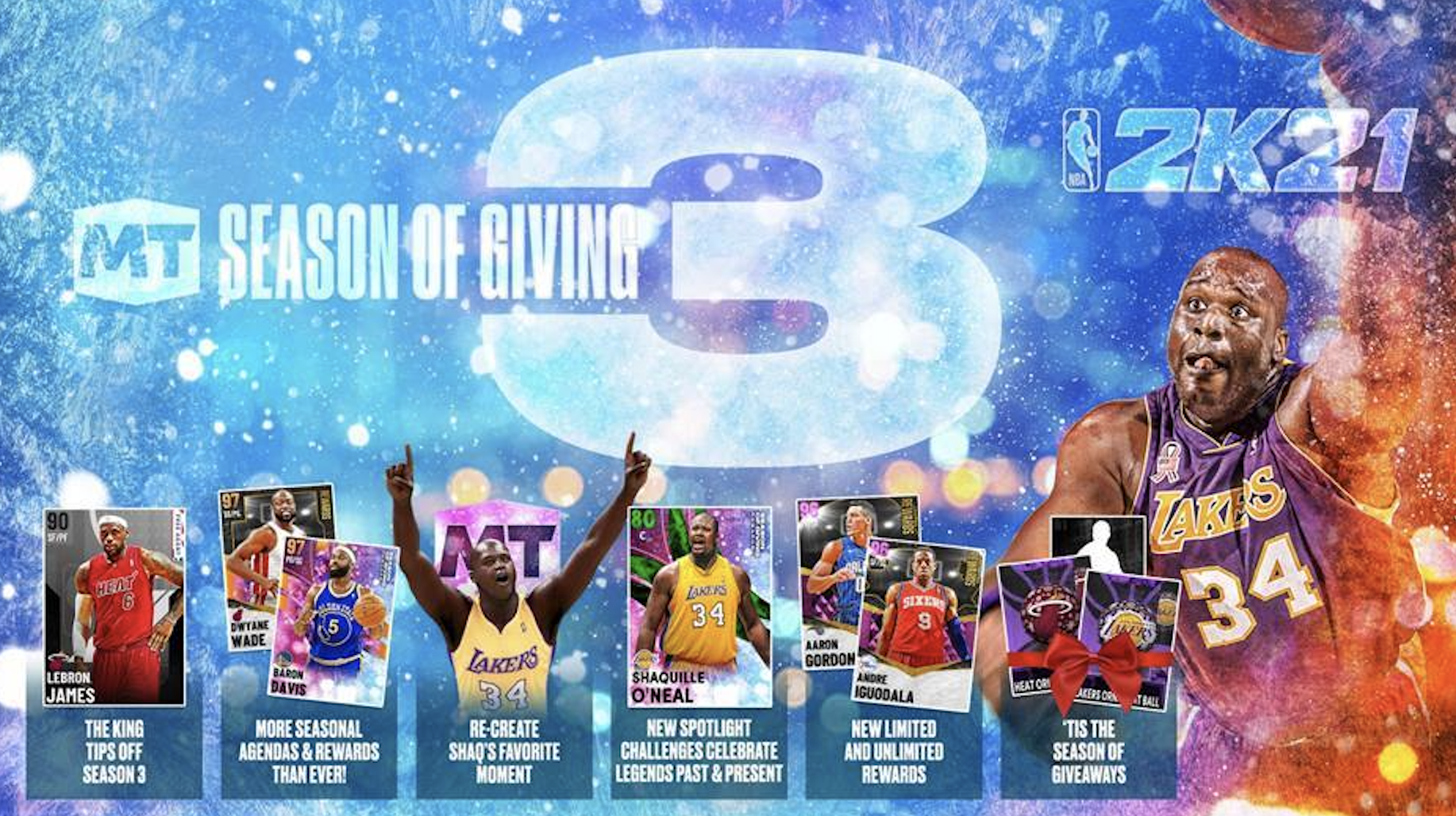 2K is releasing the next season of MyTEAM for NBA 2K21 on both current and next-gen consoles, along with PC, continuing the debut season structure. In the season of giving, MyTEAM Season 3 is giving you tons of new players, challenges, rewards and more.

Living up to its name, MyTEAM Season 3 brings an array of new content for players, including:

Check out the full Courtside Report written by the NBA 2K dev team for all the new details on the latest season. Remember that all progress players make on the current-gen version of NBA 2K21 will transfer to the next-gen version within the same console family via dual-access. More information is available at the dual-access FAQ.