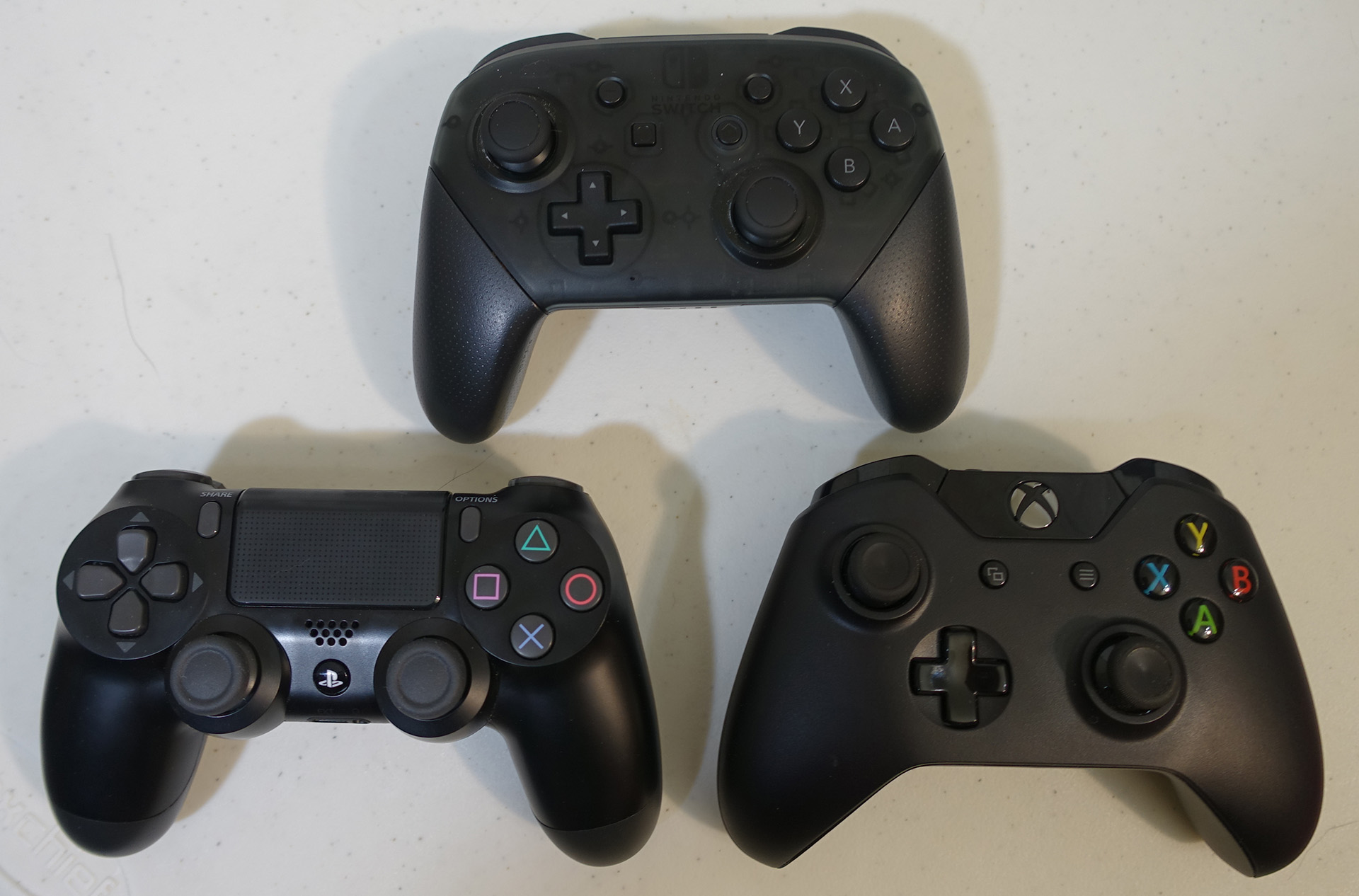 At this point, you’ve either gotten a good grasp of your shot using your preferred aiming/meter/no meter method (at least maybe until the latest patch changed things a bit today), or you’re still struggling to hit shots consistently. To add to the fun (or annoyance) of shooting, is a “new” discovery that has been exposed by and within the 2K community. Some players are being accused of using modded controllers or the Cronus Zen device, which apparently allows players to consistently hit green lights. And I say this is a “new” discovery because this NBA 2K21 modded controller mess is only new in the sense that it’s getting more attention. “Perfect” green releases were able to be accomplished with the shot timing before this as well, but the new aiming method has put a whole new focus on the problem.

What Are The Devices In Question?

I’m going to start by stating that I’m not a game developer, IT mastermind or know-it-all. That being said, I do have a good understanding of various areas in technology, telecommunications and the internet. What we’ve seen in the last couple days have been various videos and clips of people using what has been perpetrated as modded controllers. The community has jumped all over this, and people are running to different resources to try and find these controllers.

I’m personally under the impression that people aren’t usually using modded controllers in a traditional sense, but are in fact using a device called the Cronus Zen, or its older version, the CronusMax. I do believe that there are controllers that could be programmed to record user input, but it’s much more likely that one of the aforementioned Cronus devices is the culprit at play. While I can’t speak to modded controllers, mainly because I only know available mods to be offered to allow for greater flexibility for shooters, I can speak to Cronus devices. 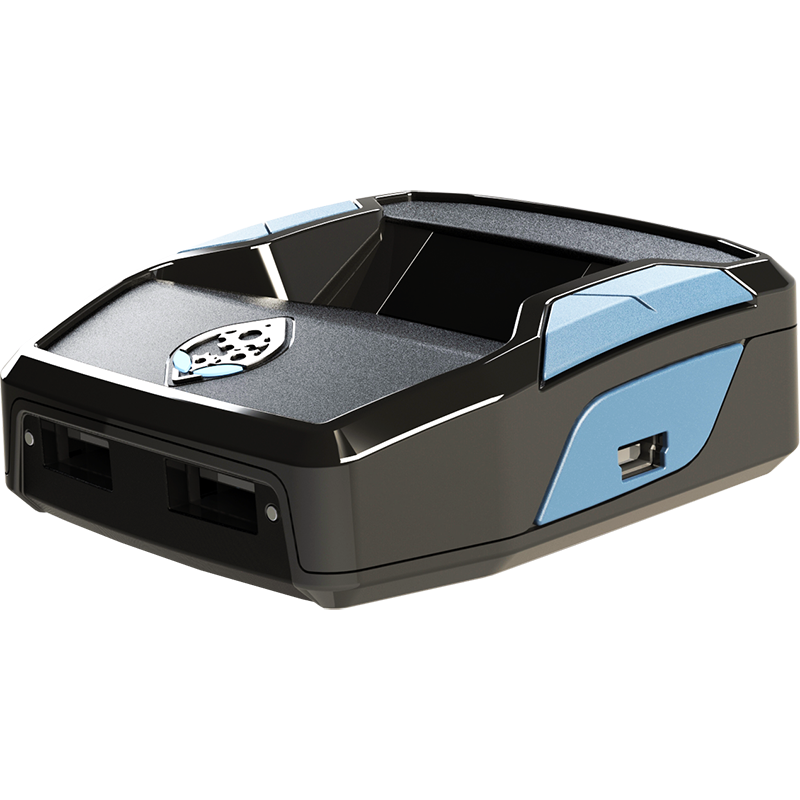 Created by Collective Minds in 2013, the CronusMax USB device was designed to allow users to take whichever controller they owned for their respective console and allowed it to be used on any other console. The real game changer with the CronusMax, however, was the potential it unlocked for controller customization in-game that was completely undetectable. Users could set up anti-recoil, auto-fire and burst fire mods, along with other enhancement mods. You could essentially turn a semi-auto fire weapon into a full auto weapon, or use a pistol almost like an assault rifle.

This device was truly powerful. GamePacks were created for the top-tier games like Call of Duty and Fortnite to simplify various in-game actions, allowing overpowered controls for the user. The CronusMax released two updated devices, discontinuing the CronusMax Plus this year to release the Cronus Zen (seen above in photo).

Released a few months ago, the Cronus Zen again changed the game for controller mods without actually having to modify or alter your controller. Offering the same features as the CronusMax Plus, including controller mods sans physical controller modifications, the biggest feature offered that is now creating dissent in NBA 2K21 is GPC Scripts. This is where cheating comes into play. Without going into a detailed explanation, GPC Scripts allow a user to program a mod right down to the finite detail. In this case, that would be shot timing release points or aim points.

Before I explain how the CronusMax/Zen is now affecting the 2K community and NBA 2K21, I want to reiterate that I’m not a tech genius, but I’m pretty sure that these devices are the catalyst to this blossoming problem. Physically modded controllers might be out there and could potentially be in use, but I don’t think that they’re leading to what we’re seeing now.

In the tweet above, originating from NBA2KCHN on Twitter, you can clearly see that the person in the clip taps the L1 button and the player in-game shoots a perfectly aimed deep mid-range shot. While it could be argued that he’s holding a modded controller, I think that the controller in use is connected to either a CronusMax Plus or a Cronus Zen. Using a GPC Script, you can program the Cronus device to record your button input so that it captures the timing of said button press, down to the exact millisecond (referred to hereafter as ms).

Combine the ms timing with the recording of aiming perfectly — and the boost the game itself gives for this — and you’ve got a “can’t miss” macro. You can take this data and assign it to any button on the controller in use, which, as repeatedly mentioned over the weekend all over Twitter, seems to be L1. I did a little research and found a script that was created and only required user modification to factor in latency.

It’s no secret that latency has plagued NBA 2K online modes for several years now, and it doesn’t seem like the 2K team has put much interest into addressing the issue. While latency could affect these mods, the fact that you can adjust the timing on the fly cancels out the latency issue. It didn’t take long for the community to post other clips of players they assumed were cheating:

What Does This Mean For The Game?

With this modding issue now in the discussion alongside the issues regarding the shot aim mechanic, and shooting in general, I think it’s fair to say that NBA 2K21 is potentially ruined unless some sort of resolution can be found by the 2K dev team. The shot aim mechanic was brought back to introduce a viable skill gap between players, and this exploit clearly blows that out of the water (as does the old button timing concept for that matter).

In my understanding of how the Cronus products and/or modded controllers work, there isn’t a way for the NBA 2K team to identify that these exploits are being used. Because an emulation of a button press or stick movement is being performed, it would appear on the server side like the user is controlling the game as intended. Remember, these mod devices do not alter the game, the system or code within the game whatsoever. They emulate the action of aiming the shot stick and releasing at the perfect time, and assign that whole process to a singular button of the user’s choice.

Removing the shot aim mechanic and/or its associated boost would most likely be the most logical resolution to get rid of the problem, as suggested by 2K community members:

It's definitely been around forever. If you take out the shot aim boost would that not kill shot aim tho? You could say the same thing for using the button/timing. Unfortunately the whole damn thing might be a dub…you can't implement anything to kill the script IMO🤦🏽‍♂️ pic.twitter.com/VleysiNe8E

We can only wait to see what kind of resolution the NBA 2K team comes up with to combat this exploit.

The 2K modded controller debacle causes issues besides the obvious. On top of the fact that players who have this capability will clearly use it, anybody that has a perfect shooting game percentage in any online mode will potentially be accused of cheating. I’ve definitely had games where I went 3/3 or 5/5 from behind the arc, and I use the 2K20 timing mechanic. I don’t have access to a Cronus device so I can’t use the exploit (nor would I), but I wouldn’t be surprised moving forward if people would make that assumption.

This whole ordeal also has me wondering if I’ve encountered players like this already. I played a Rec game with some friends the other night and encountered a guard who went 8/8 from the 3-point line, and most of the shots were perfect green releases. Did he have a Cronus device that allowed him to hit all his shots without missing? It’s extremely hard to tell, but as I mentioned above, my time with 2K21 in the Neighborhood or in any online modes will be spent sparingly.

Perhaps the endgame here is 2K simply does away with “perfect” releases and the concept of a green light generally meaning a made shot. We argued about the rationale for removing green releases just last week, and it seems even more logical now to take a look at that concept again. Regardless, it’s just not fun when you play against people who have to cheat, especially in a game like NBA 2K, to get the advantage to win.

What do you think about the whole modded controller debacle? Do you think you’ve potentially come up against someone who has used one of these devices to get the upper hand? Would you use this method knowing that it’s virtually undetectable and allows you to be that much more efficient? Leave your comments below.