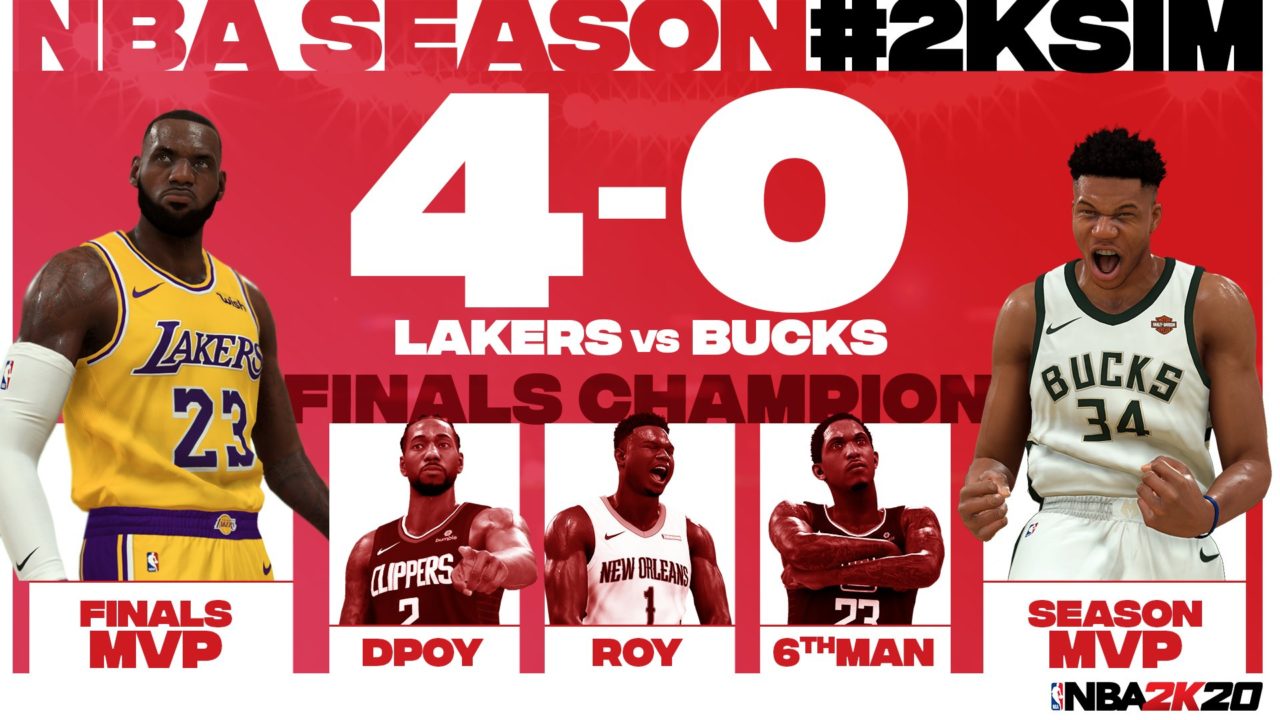 Ahead of the season tip-off tonight, 2K has revealed how the 2019-20 NBA season could play out, through a simulated season in NBA 2K20. Below are some of those results.

The Lakers dramatically overcame a 3-0 deficit in the Western Conference Finals against crosstown rivals, the LA Clippers, winning game seven 106-99. LeBron stepped up, when they needed him most, with a Game 7 stat line of 29 points, 14 rebounds and six assists.

OS Roundtable: Are You More Excited to Play a Sports Game Before or After the Season Starts?
NBA 2K20 MyTeam Update for October 22: Heat Check Packs Return