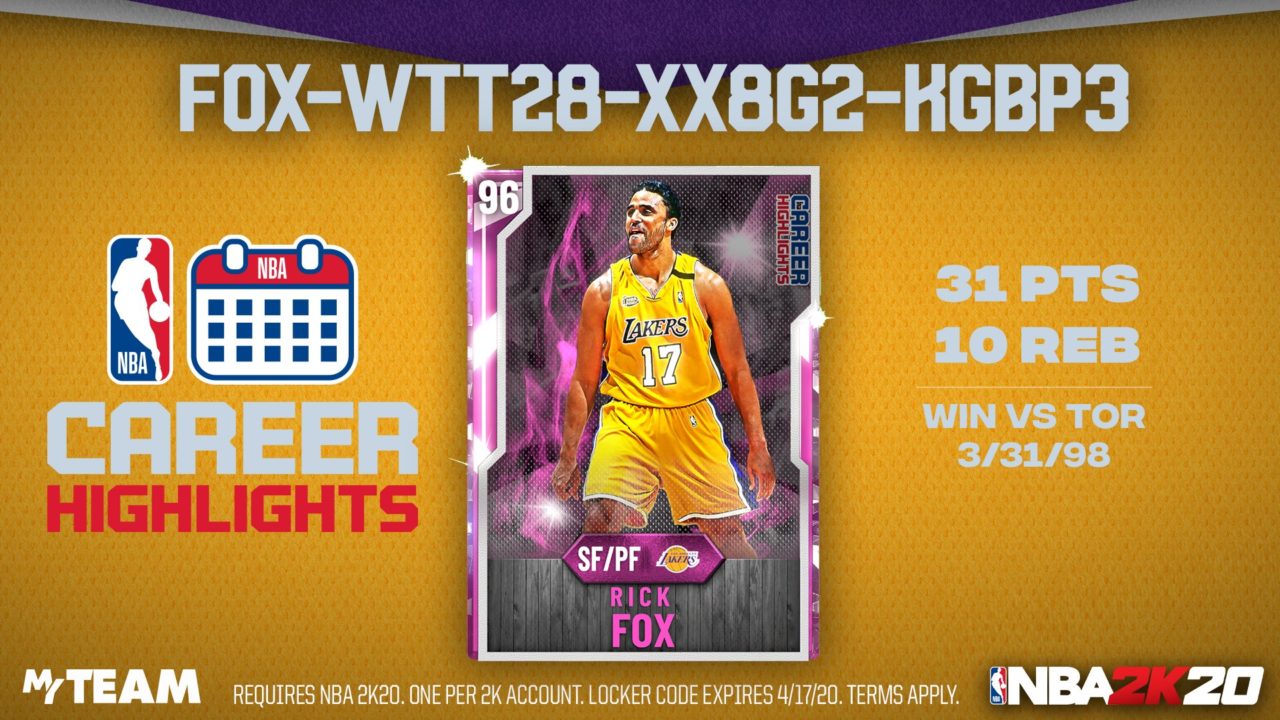 NBA 2K20 MyTeam jumps the shark every year at some point. This year it happened much earlier than usual, but it’s also why the newest Flash pack doesn’t shock me or create any animosity — I’ve already reached a stage of acceptance. Glitched galaxy opal Shaquille O’Neal has a 90 3-point rating, and glitched pink diamond Ben Wallace has a 92 3-point rating. Silly SZN.

Collect the whole set for 200 Tokens. Only live for a limited time pic.twitter.com/K9viFKbNo0

Galaxy opal Lonzo Ball is also in there with pink diamond Michael Redd, pink diamond Andrew Wiggins, diamond Ray Allen and amethyst Mo Bamba. The amy Mo Bamba only has 89 3-point shooting. Shameful. The Bamba should in all honesty be a fun card to use, but yeah, this is MyTeam at this point. Again, it happens every year, but 2K just decided to go crazy so much earlier in the year that this sort of escalation does not even register.

🔥 Rick Fox Career Highlights Locker Code. Fox dropped 31 points and 10 rebounds against the Raptors on March 31, 1998 in a W. Use this code for a chance at a PD version of him.

Live for one week pic.twitter.com/RrcofWYF3K

If you get him on your ball drop, you get a solid pink diamond card.