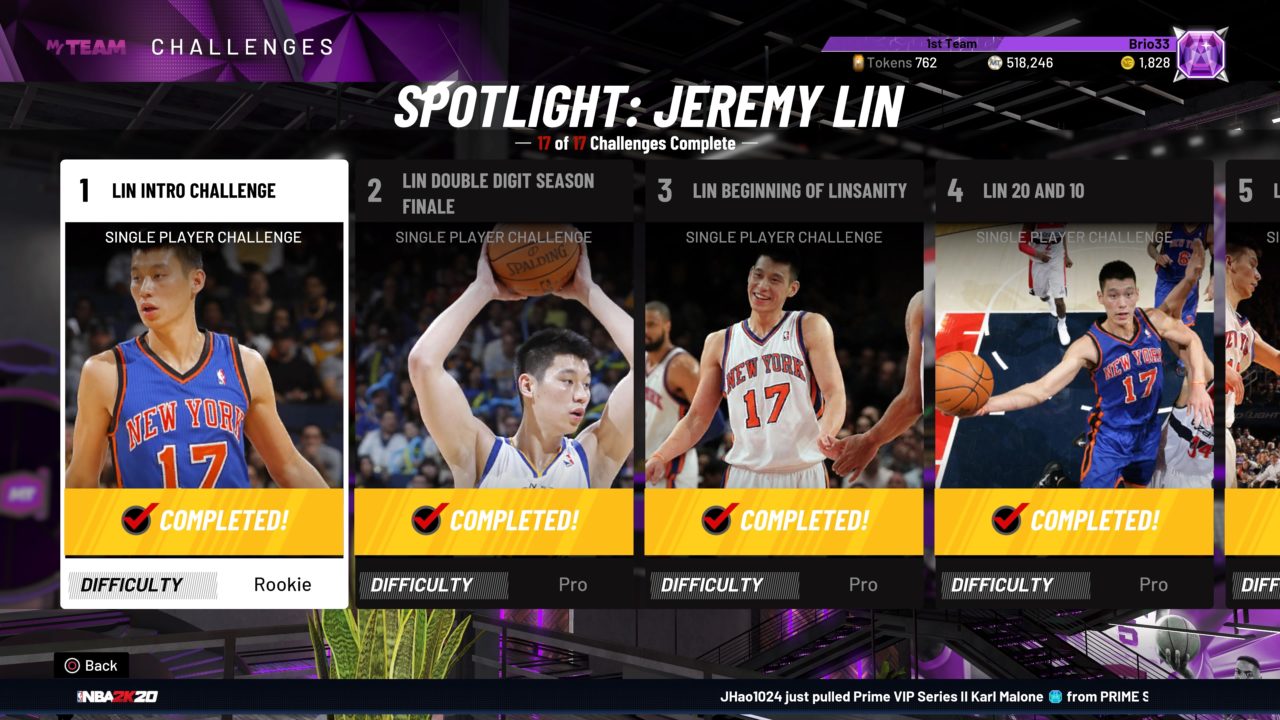 I have been in hibernation. How have you been? Good I trust? I’m doing well, thanks for asking. 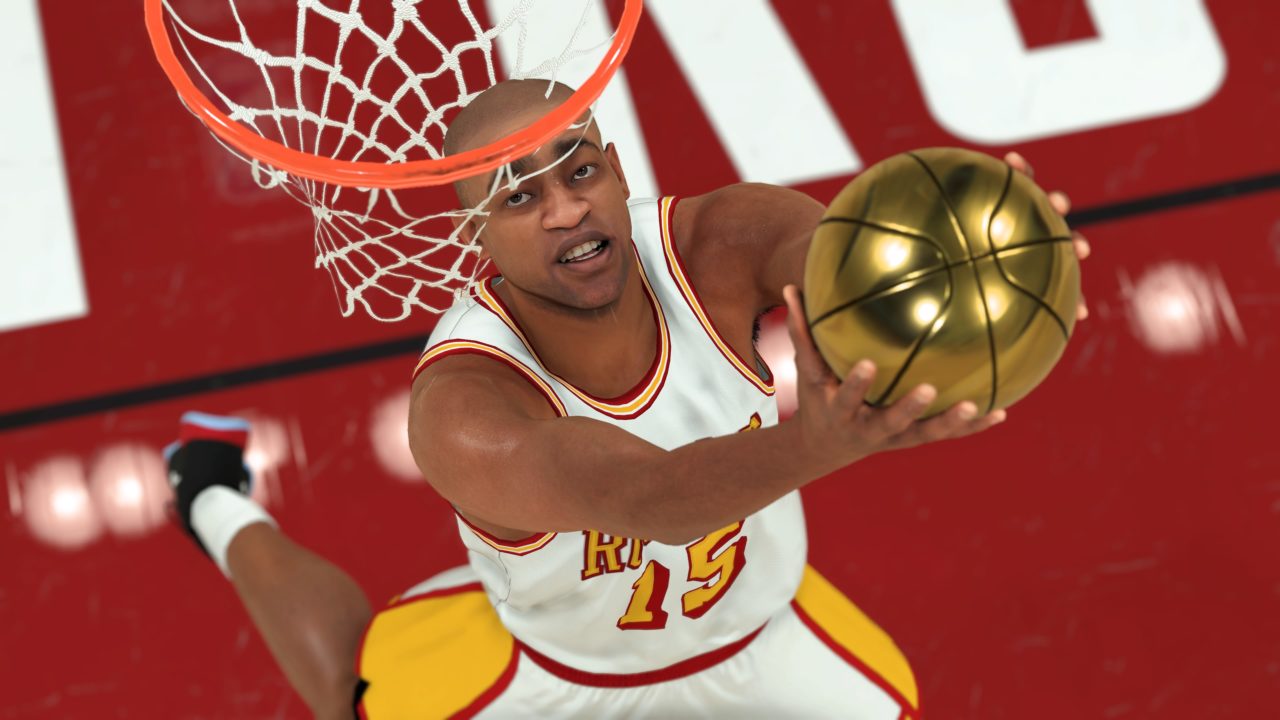 I might not have posted since October, but I wasn’t completely ghosting the game. I’d sign in here and there to collect daily log-in tokens, or to input locker codes, or sometimes even to work the auction house. But I wasn’t really playing the game. I was just kind of floating in and out, thinking that I should probably at least keep up with my tokens because surely they’d update the token market soon — and then maybe that would get me hooked again. 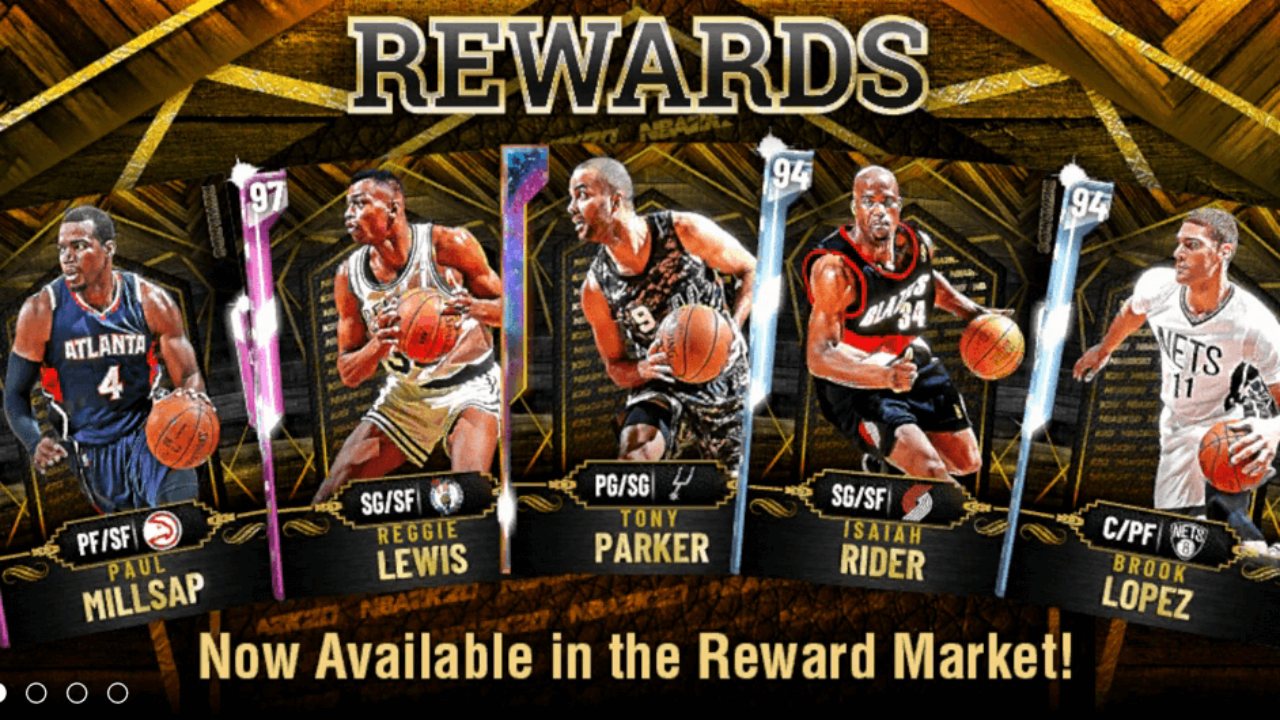 Now, I did buy the Brook Lopez (I’m barely in the diamond tier), and he’s a fine card, but not really worth 60 tokens. But after the build-up that was happening online (and in-game, where they were suddenly giving away lots of tokens, making it seem like we would soon have something amazing to spend them on), I was shocked by the cards they decided to add. I’ve said it a million times before, but 2K really needs to reward people who play the game just as much as people who buy packs.

Speaking of which, around the holidays I suffered a VC relapse. When they dropped that T-Mac Prime Series pack (with Yao), I dropped a hundred bucks. I figured that getting my hands on one of those cards would re-ignite my interest in the mode.

What did I get instead?

Lots and lots AND LOTS of ruby Charles Oakleys. I was so pissed I nearly uninstalled the game.

But then at the end of January, after I heard about Kobe on that Sunday afternoon, I watched tribute videos and read every article I could get my hands on. It was surreal. I actually have a daughter now myself (as of mid-December, hence why I haven’t played a ton), so that aspect of the tragedy seemed especially heartbreaking.

That night, I suddenly felt like playing 2K. It was helpful. Cathartic, even. 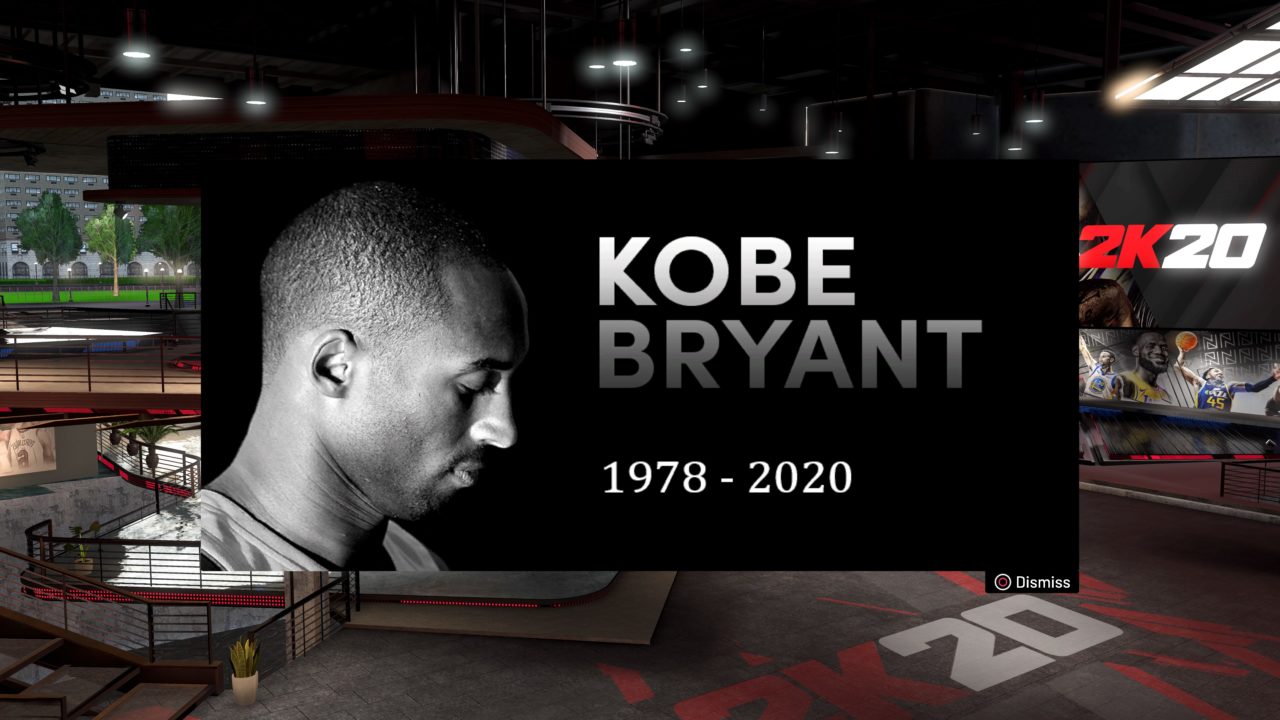 I got on and just dove into the Jeremy Lin Spotlight Challenges. By morning, I’d finished it. And earning my first pink diamond (Marbury) was a nice pot of gold at the end of the rainbow.

Then I went back and did other spotlight challenges, earning a couple more pink diamonds (Rick Barry and Richard Jefferson). The RJ especially is a great card, and again, it feels extra special to earn instead of buy. It also helped that the game-to-game requirements of those spotlight challenges had normalized a bit. I was happy to not have to worry about playing the same game over and over to get 20 rebounds or something equally as insane.

Along the way, I got lost in all of the new cards I had missed, and that was quite the rabbit hole. Each game was a new opportunity to perfect my lineup, and I definitely missed thinking about that. There were tons of amethyst and diamonds that I couldn’t  imagine being able to afford a couple of months ago that were now insanely cheap.

Here’s just a few cards I’ve picked up for next-to-nothing and really enjoyed playing with:

Then there was another evolution card I got particularly excited about. Jeremy freaking Lin! 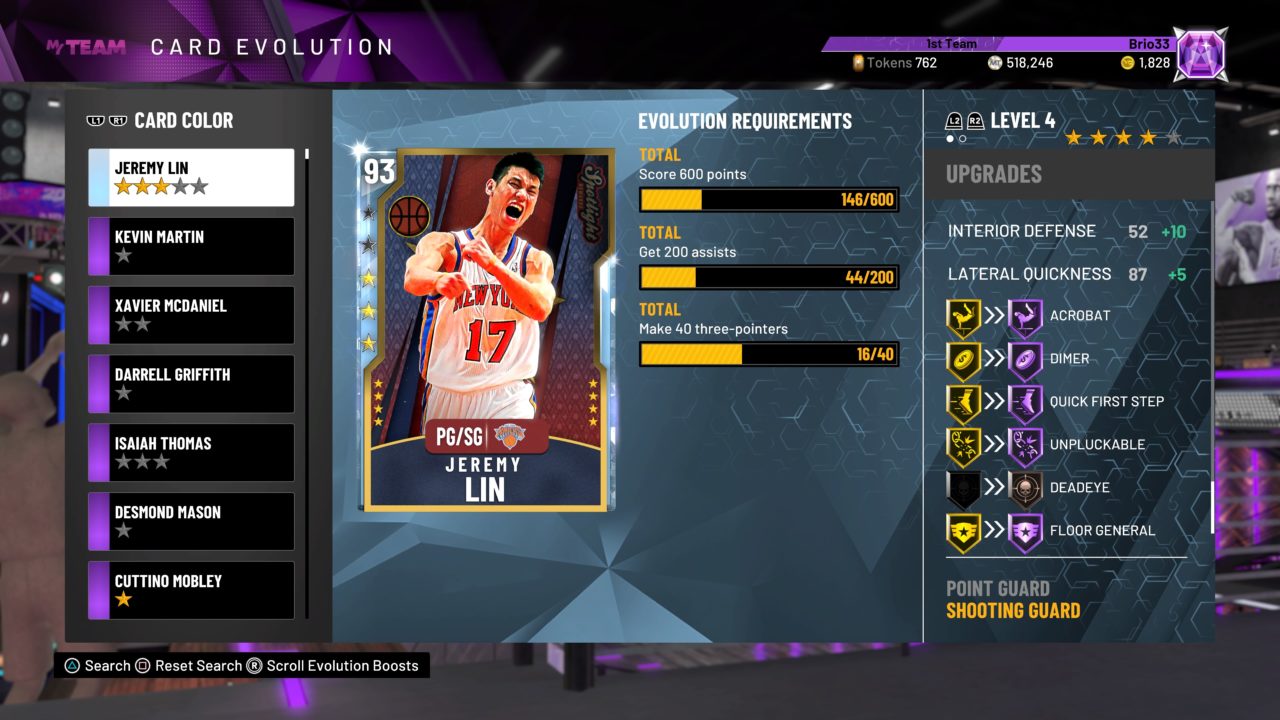 He has everything I could ever want in an evolution card.

A high ceiling (pink diamond). A low chance he’d see a better card this year (since there’s no way he’s winning an All-Star Game contest or having a Moments-worthy game). Hall of Fame badges that are worth the grind (Dimer, Clamps, Range Extender, etc.). Reasonable statistical requirements (getting him to diamond was nothing compared to Xavier McDaniel, whose 1,500 points I’m STILL working on).

And Lin is just a player I’ve always loved utilizing in MyTeam, so I wouldn’t (hopefully) ever get tired of playing with him. He’s the perfect sixth man who can score and make plays for others (plus apparently can play defense now), so working on his upgrades has been enjoyable — and worth the diamond contract.

Plus, since it’s almost the All-Star break, it seems like there is something on the horizon to work towards/look forward to.

A Look Back At Old All-Star Promos In NBA 2K

All-Star Game time in 2K has historically been a great opportunity for a reset in MyTeam. The market always crashes, and the card power creep will go nuclear as galaxy opals soon become the norm. So I’ve been doubling down on selling/flipping cards to try and earn MT and get my tokens up. I’m hopeful that after that appetizer of a token market update back in January, we’ll get the real-deal update around the All-Star break.

Basically, this is 2K’s chance to pull me back in.

So come on 2K, let’s see a great new Spotlight Challenge series. Or some inspired Moments Challenges. Or new Dynamic Duos. Or an INSANE locker code. Or at least some 🔥All-Star cards that will get everyone excited — I’m hoping Luka wins MVP of the All-Star Game (or Rising Stars Game) so we can get a pink diamond. Or wouldn’t it be crazy if Dwight won the Slam Dunk? (Then I would feel vindicated for not working on his evolution card.) 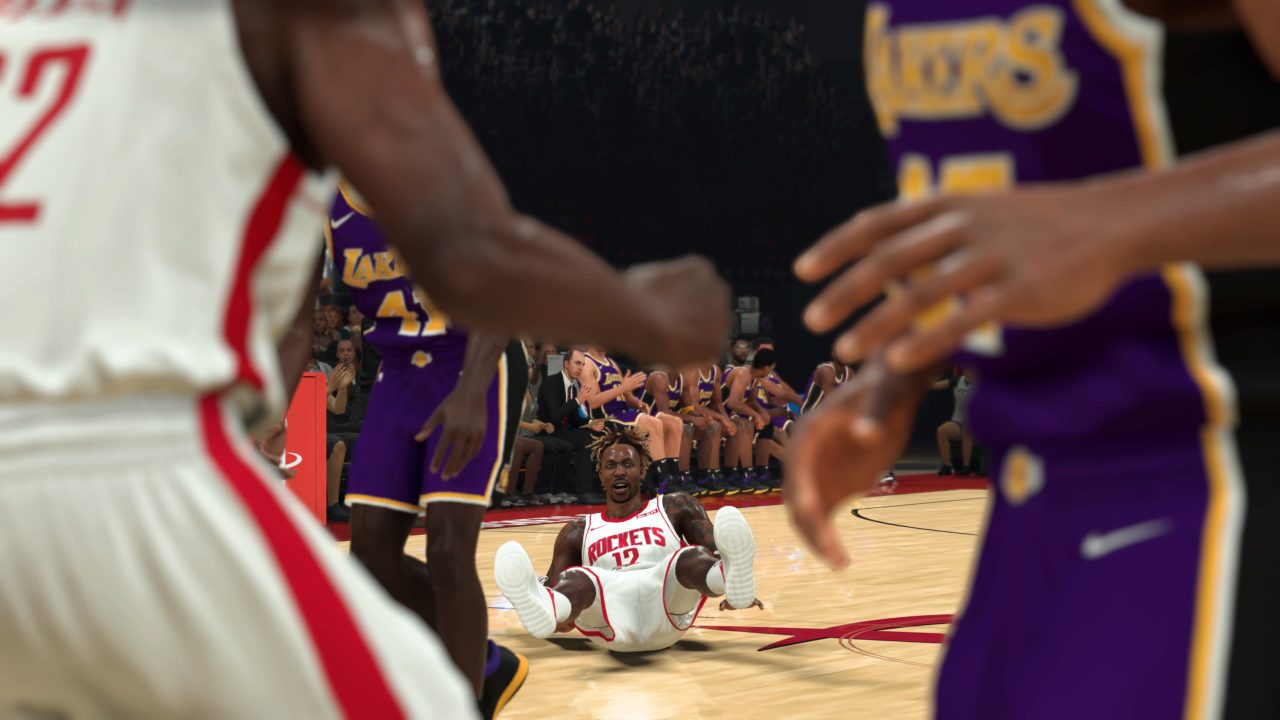 Either way, I’m looking forward to the weekend. And as long as there are cool cards to try and rewarding challenges to play, I’ll be back. Eventually.