Hey look, we got a pack release, and it doesn’t include a pink diamond who is already a token reward. 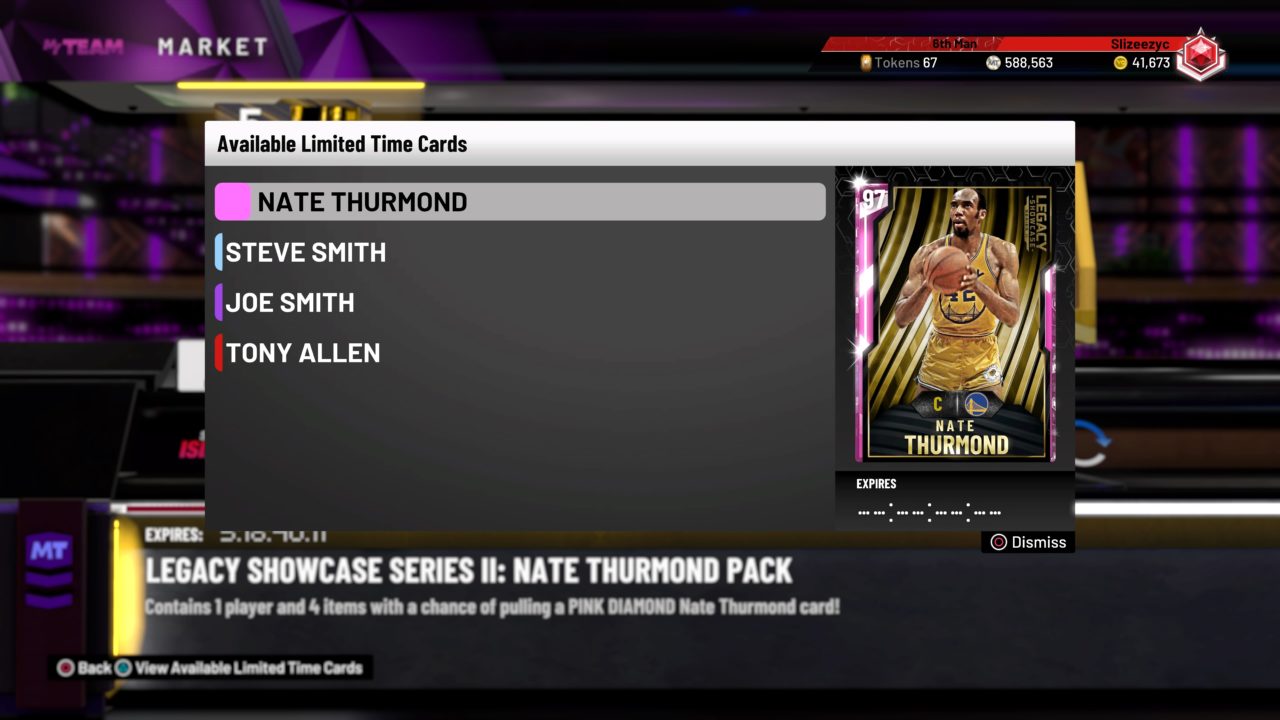 The highlight is of course the Nate Thurmond, which looks like a defensive monster. He has HOF rim protector and rebound chaser. The only real issue with him on defense is that he’s 6-foot-11. I can’t blame him for his height, but in NBA 2K20 the tallest player generally wins in the post, which makes it tough on Thurmond in some matchups. He’s also no threat from the outside on offense, but he basically dunks everything so there’s that.

Otherwise, the Joe Smith evolves to a diamond and looks like another promising card. The requirements to evolve him are 1400 points, 900 rebounds and 60 games played. The real intrigue with him is that he gets 7 HOF badges with the evolution, and can be a 6-foot-10 SF who bangs in the post and still has solid shooting attributes.

Ruby Tony Allen would be decent, but he’s not athletic enough to really believe in, even with HOF clamps. Diamond Steve Smith has 3 HOF shooting badges but none of the “must have” ones. This version of him is not great on D either, but I know he has fans because he’s generally easy to use year to year in 2K. 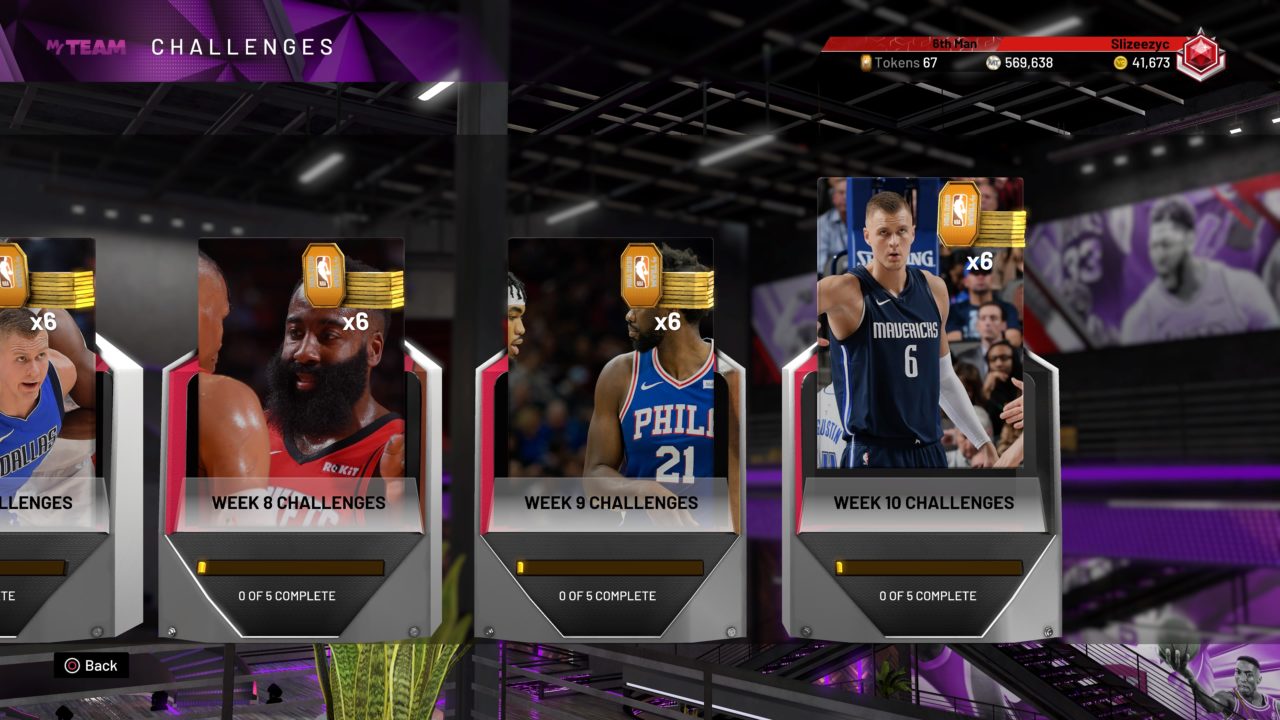 The only other update to mention is that the Week 10 challenges are up. Again, these are an easy way to evolve some players while getting some MT and 6 tokens along the way.