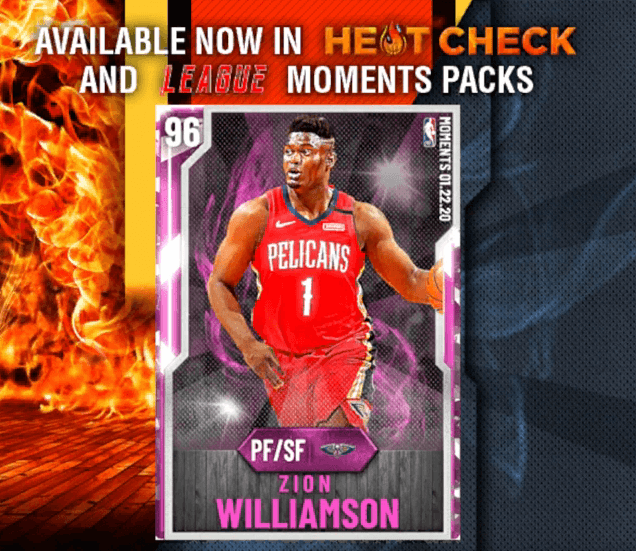 It’s rare to get content that drops in the middle of the night (at least on the east coast) but that’s what we got with pink diamond Zion Williamson. Zion went ham in the fourth quarter, and so it’s not totally surprising to see him get a Moments card after his debut. With that in mind, let’s quickly look at the seventh Moments card from this week. 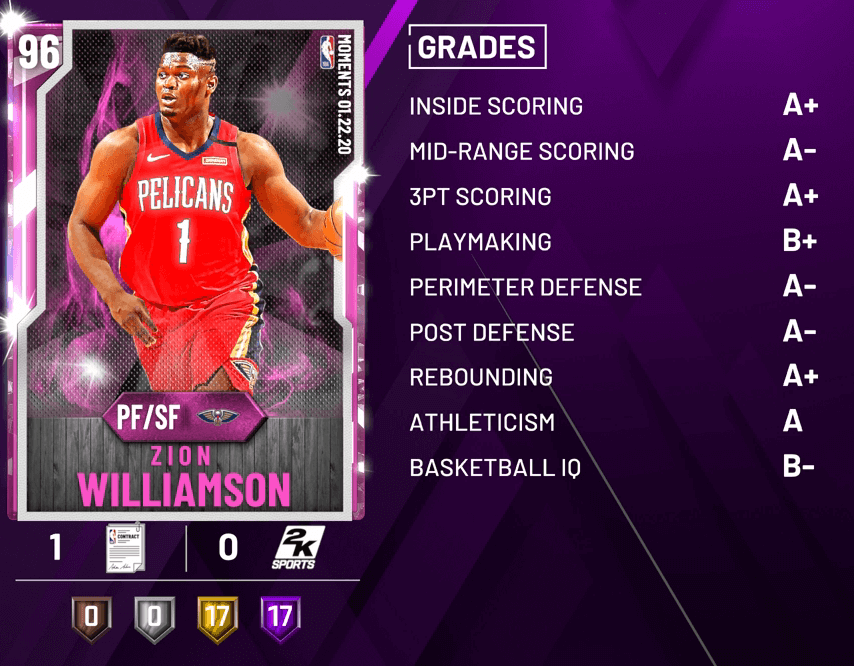 Quick Analysis: This is a weird card in that Zion feels like he somehow has like super secret animations and just plays better in some regards, but he’s still not a great MyTeam player. On the positive side, he does have a shot release that is way easier to green than it has any right to be. On top of that, he has gold Range Extender and Quick Draw with 90 3-point shooting, so he’s a way better shooter than he should be. Plus, he still has 99 dunking with 86 speed. He can move some people around in the paint as well, but I still think in some ways this is a fake pink diamond. The height is hard to overcome unless you play him at SF, and overall I just think there are better wings you can use than Zion, and they’ll be much cheaper.

Again, I understand cashing in on the hype with this card, but I’m not in love with it. You can scope out all his badges and the rest of his ratings at 2KMTCentral.