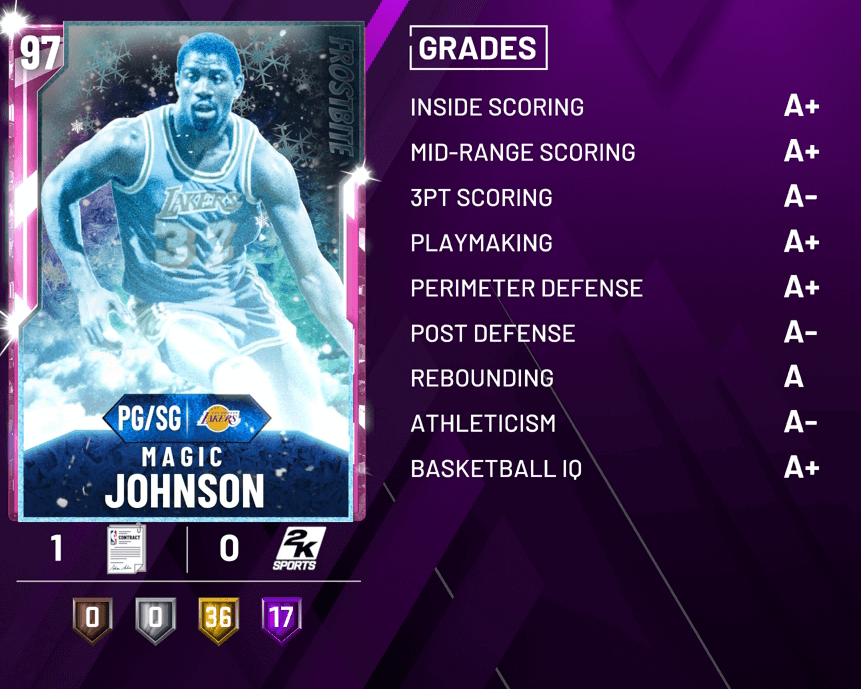 The NBA 2K20 development team released the MyTeam Frostbite series today. It includes a pink diamond Magic Johnson and pink diamond Anthony Davis. In total, there are 12 new players in these packs, and then there’s a 13th player who is the collection reward. These packs will be live for one week.

As for the best big man defender, that very well could be galaxy opal Mark Eaton, the collection reward for this series. He’s 7-foot-4 with 74 speed, 99 block, HOF Intimidator, Rim Protector, Heart Crusher, Defensive Leader and Tireless Defender. He even has gold Clamps, Interceptor, Chase Down Artist, Pick Dodger and Pogo Stick. This series is going to be insanely expensive for now so it’s a big ask to lock him in, but those are some nutty defensive stats. 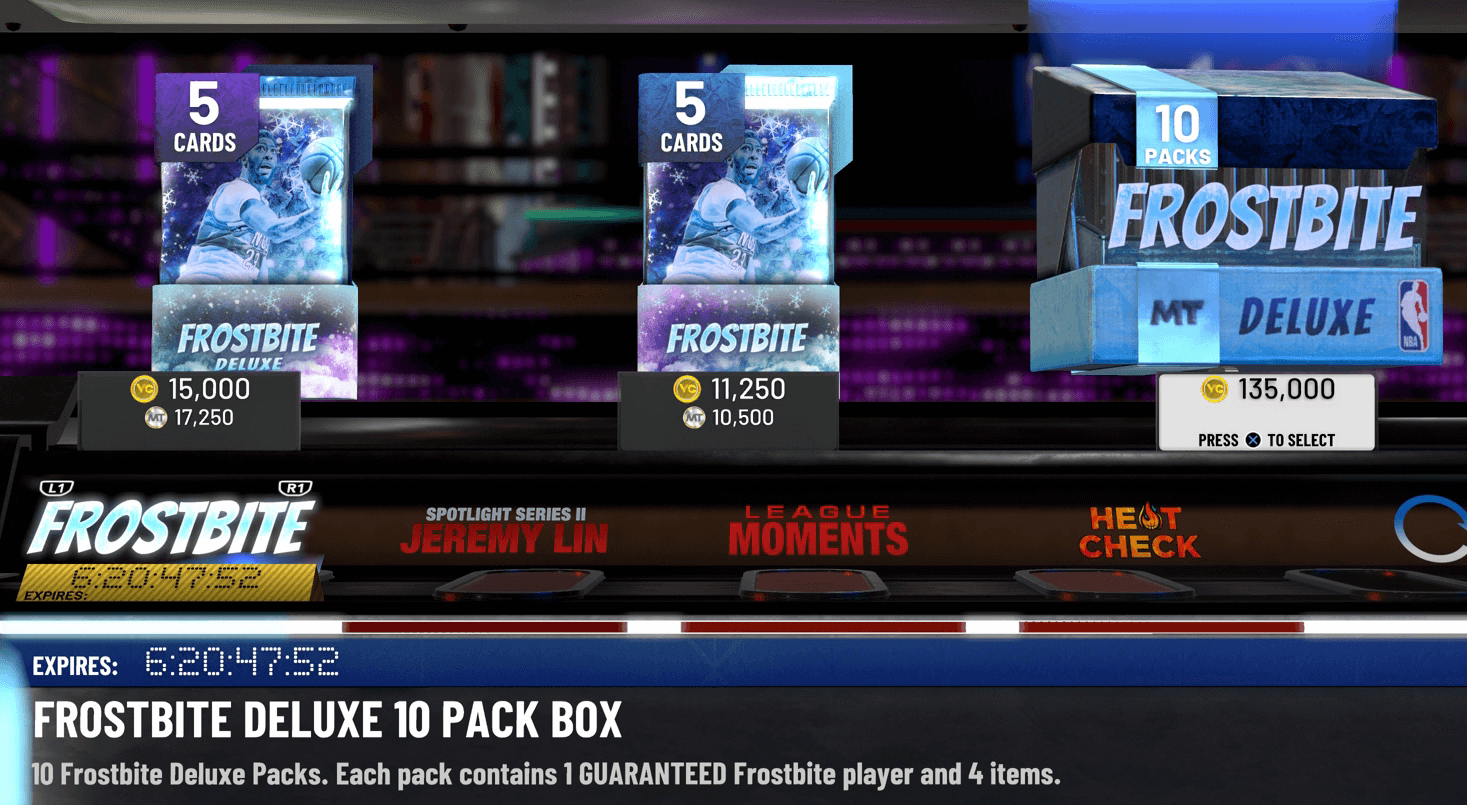 🚨 Locker Code. Use this Code for guaranteed Tokens ➡️ either 10, 15, or 20. Good for one week. pic.twitter.com/zFRabf0vFW

As with most promo sets, I think there’s probably some sneaky bad cards and sneaky good cards in here. I’m going to mess around with these guys over the next day or so and will be back with some deeper thoughts then. In the meantime, you can look at the cards over at 2KMTCentral.