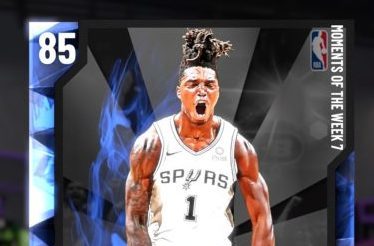 Continuing on with the player reviews for Moments of the Week 9, we hit up the ruby cards and below this time around. The selections are not quite as exciting here, but there are still some quality budget options to go through. 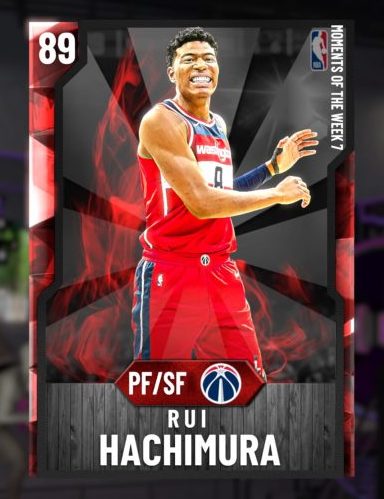 Hachimura has a unique set of skills so far at the NBA level that don’t translate too well to 2K. His mid-range game is his signature element and it’s not exactly the shot you are ever really trying to take in 2K. He’s also not quite fast enough to be a small-ball four who creates chaos. Overall, this is the first weak card of the set. 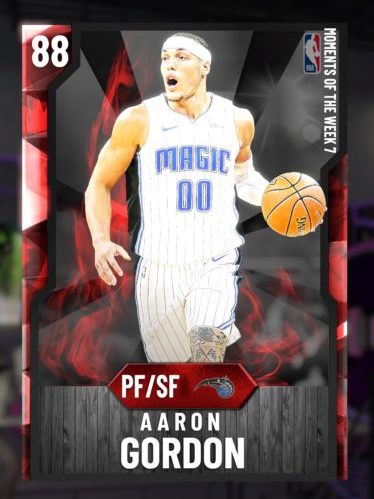 We’re back to the quality cards with this Gordon. He gets Quick Draw and that helps make his release a little less janky than usual. He’s also going to be a dope rim runner. The speed and defense are underwhelming in totality, but he has okay badges and he’s still a better shooter than I would have expected. In other words, he’s not as reliant on dunks and defense as usual. 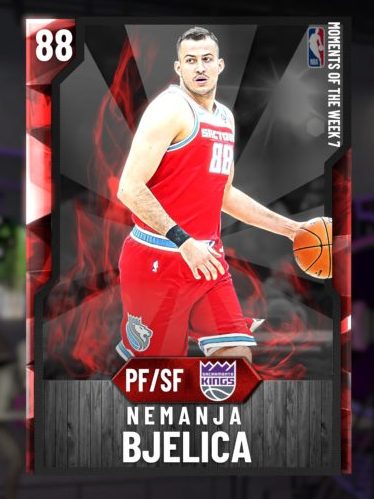 Sadly, Bjelica does not get Range Extender but his release is still buttery smooth. He’s a one-trick pony like Bertans, but he meets my criteria of being cheaper and a ruby. Basically, he’s a card you bring in off the bench and see if you can green some releases. If you do, you keep playing him. If he doesn’t, back to the bench he goes. It’s a shame Range Extender is so important and has to be called out on these sorts of cards, but since players line up further behind the line in this game — and it’s not always easy to get them right up on at that 3-point line on the catch — means it’s just part of the meta. 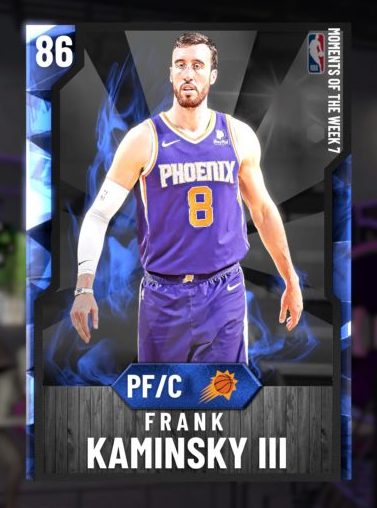 The Tank is a decent stretch option with okay rebounding, but he’s not going to be one of those sneaky budget picks. His defense is too bad, and the shooting is not quite solid enough to assuage those fears as your center. However, one thing that does help this card is he does have some good hot zones and is 7-feet tall. Again, I don’t think he’s quite worth surprising people with in an online game, but he should be usable for some offline challenges if you want. 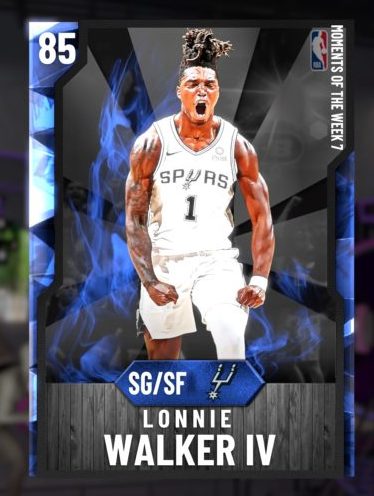 For gold badges, he has Catch and Shoot, Difficult Shots, Quick Draw and Quick First Step.

We end on another very good card. Walker already should have some fans from his Domination evolution card, and this one has the same great release and quality athleticism. He does not have any defensive badges, but he still has solid defensive stats. Walker is a very good budget option as that athletic wing who jams and makes shots. He’s a pseudo Gerald Green, and he’s absolutely someone worth using if you want to go with a true budget team.