Well, I guess scoring 60 points in a game gets you a pink diamond Moments of the Week card. I think that’s fair. 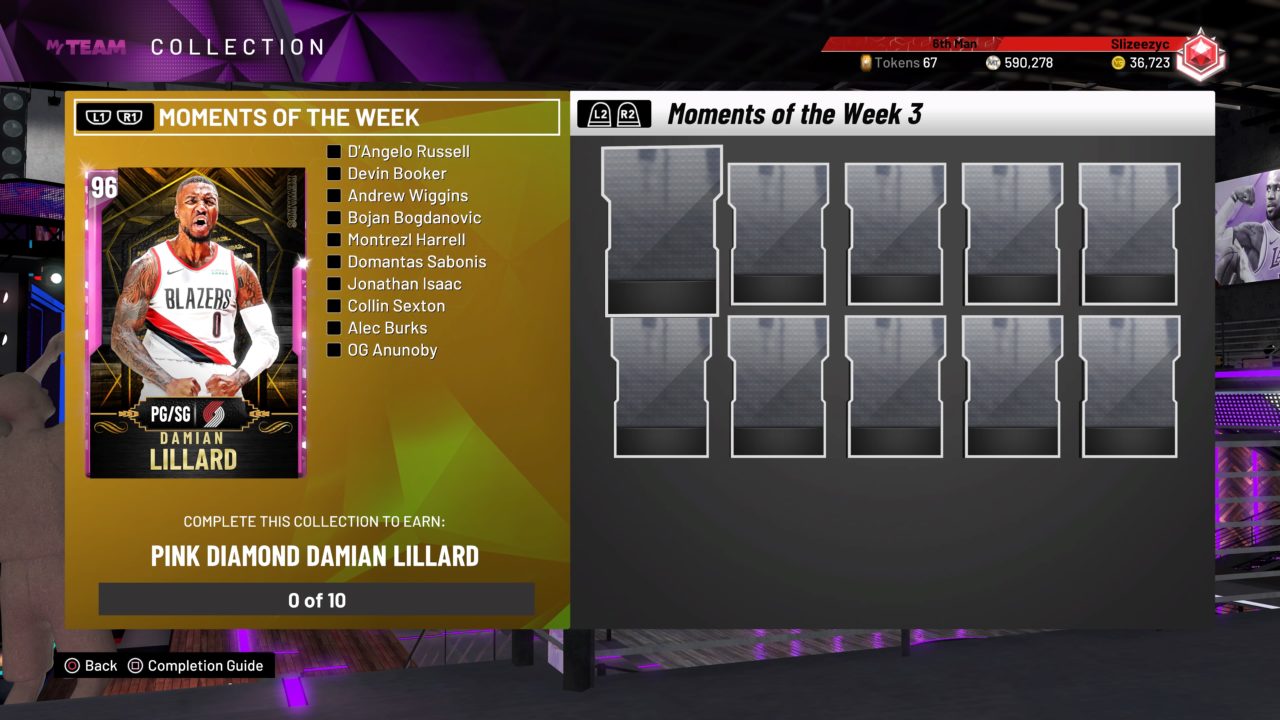 Damian Lillard is the collection reward this week, and it’s justifiable even though his 60 points came in a loss to the Nets. Overall, it’s definitely more of “hey try out these players” sort of week with the Moments. 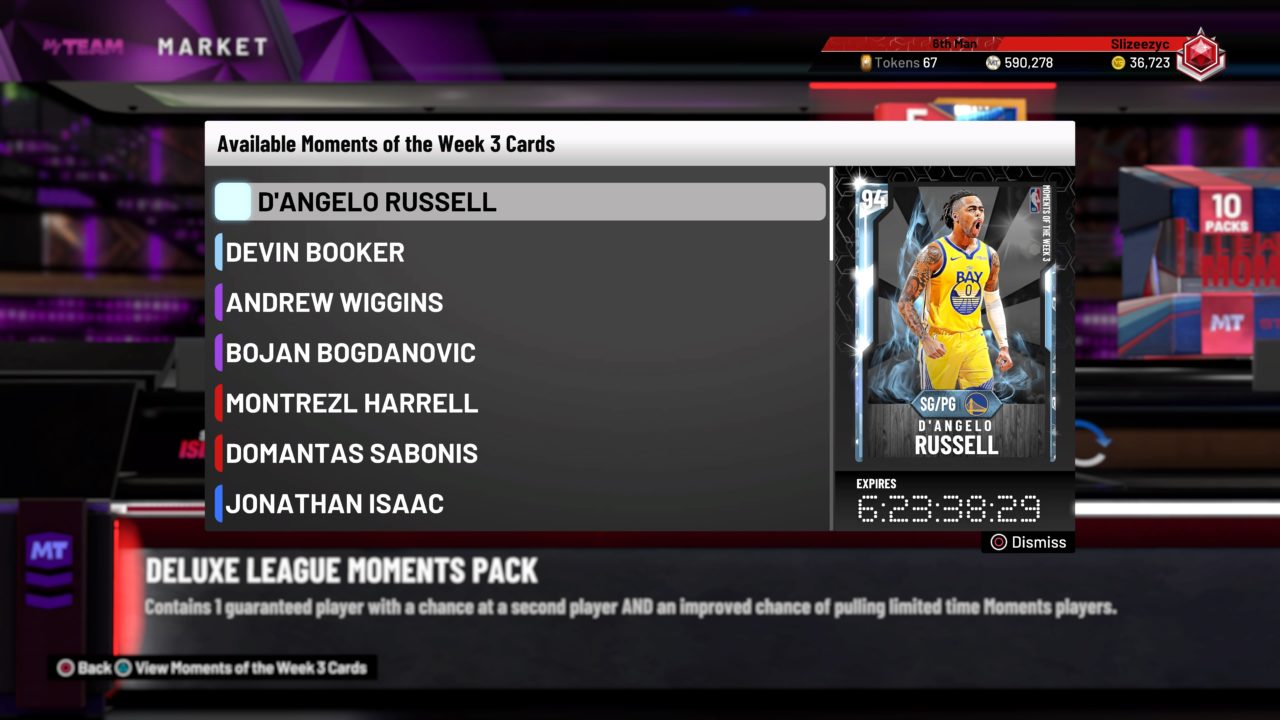 However, that’s not to say there aren’t some fan favorites here. Bojan Bogdanovic is an easy guy to shoot with in the community. Wiggins generally plays above his ratings in 2K, and DAR’s another one of those guys you can flow with in NBA 2K20.

Returning to Dame though, is he worth it? He has HOF Range Extender, and he’s year to year one of the easiest guys to shoot with in the game. He has no defensive badges, so I can’t in good faith say he’s worth it if you purely want wins, but I have no doubts this card will be a monster on offense. My safe answer is if you’re a fan, he’s worth pursuing.

Elsewhere, D’Angelo Russell has similar issues to Damian Lillard — as does Devin Booker. The issue with them is that they don’t have any must-have HOF badges to offset the bad defense. 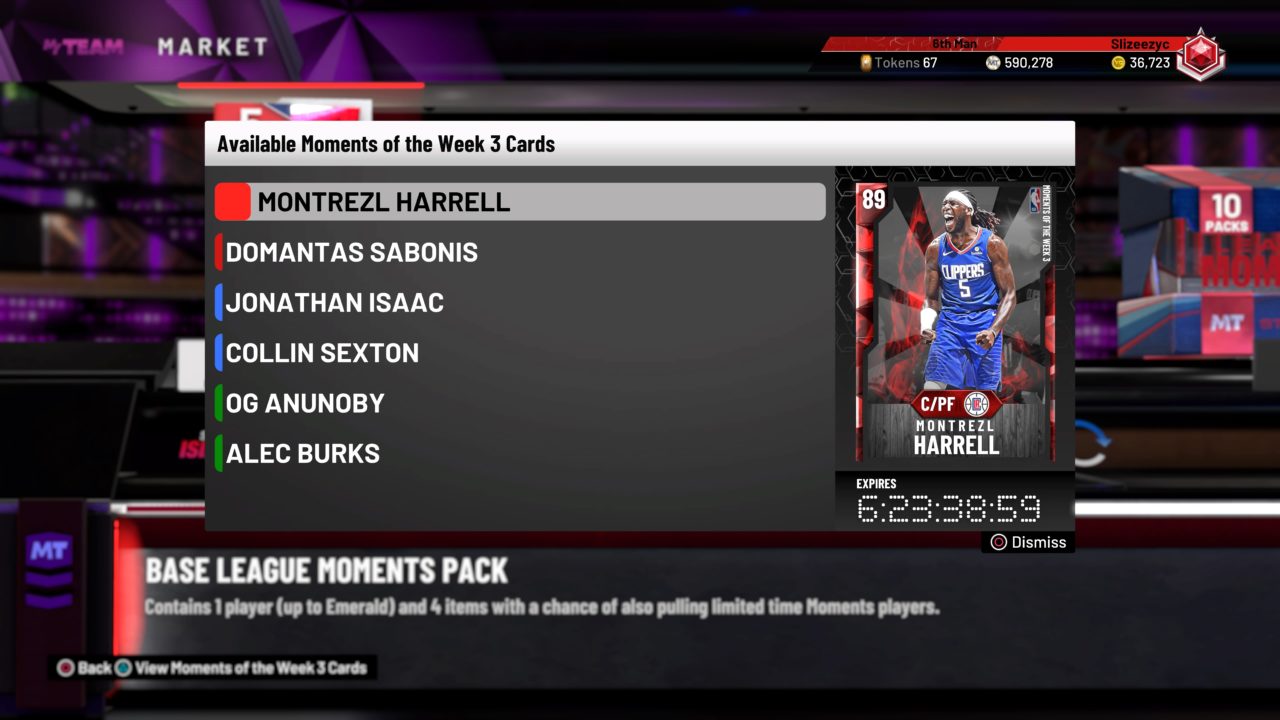 It’s also worth noting there are no evolution cards this week. But looking at some of these under the radar players, I think OG Anunoby is one to scope out. He has 92 3-point shooting, and while he doesn’t have any major defensive badges, he’s got good lateral quickness and should work as a sub on some budget teams. Jonathan Isaac is the other one to watch as he has gold Clamps, and he’s a 6-foot-10 SF/PF. On top of that, his 3-point shooting and shooting overall are just good enough to keep him on the floor if you can’t get him out in transition.