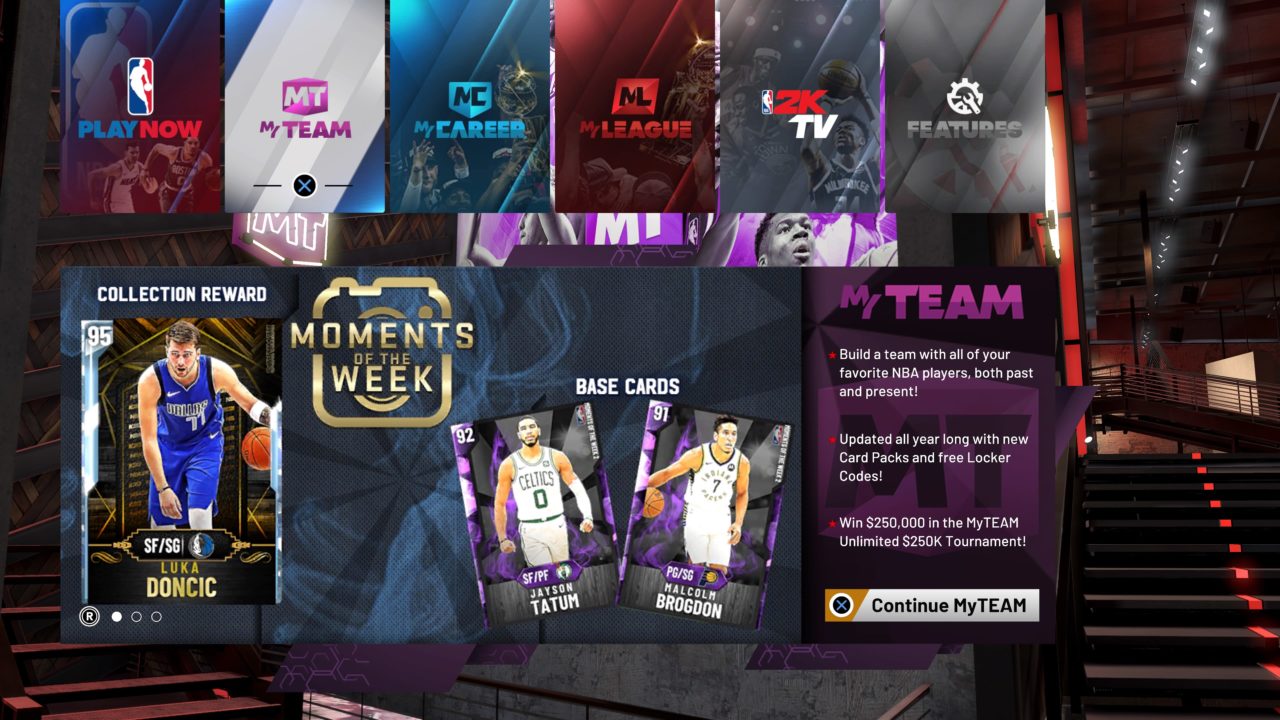 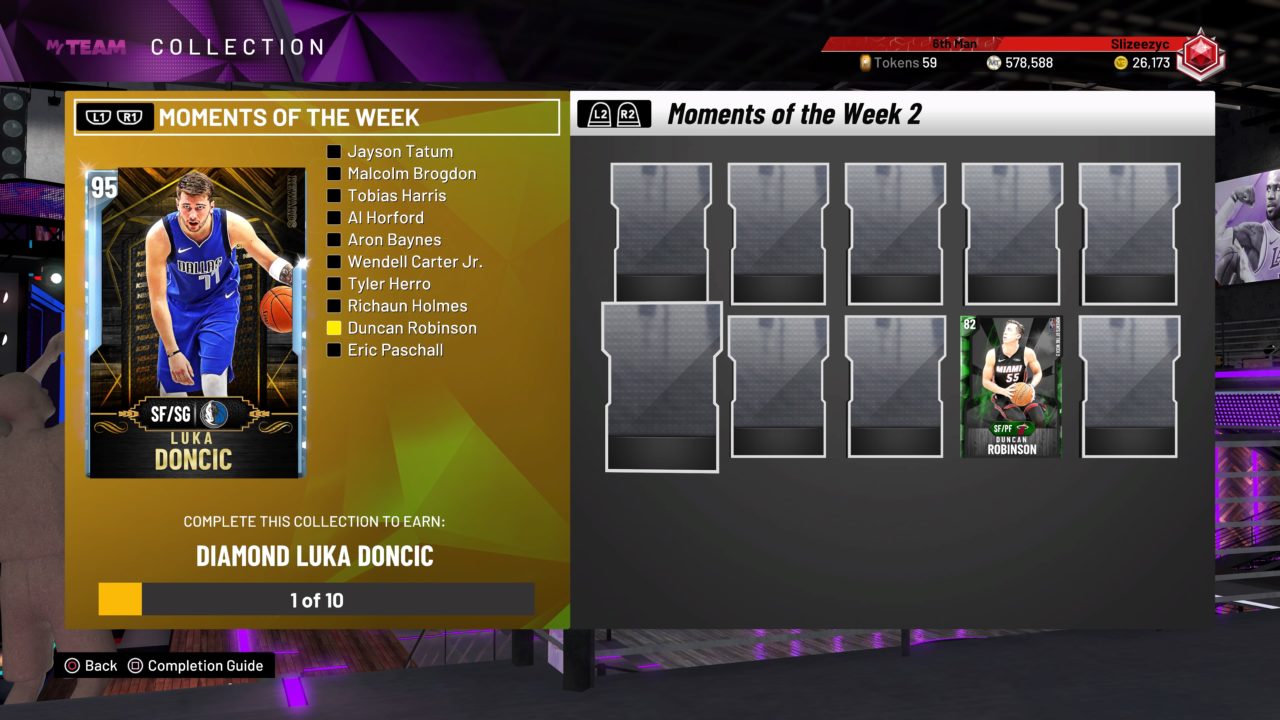 That being said, this Luka Doncic is just a slight upgrade on the Prime Series version that was released some weeks back. This of course plays into one of my biggest gripes with the mode, and that’s the excessive amount of very similar cards popping up this early in the cycle. This is somewhat understandable for moments cards because 2K can’t predict who is going to crush it in the real NBA, but it’s also an issue with the ratings creep that has happened this year.

2K has been more aggressive pushing out better cards earlier in the cycle this season. I’m sure this hypes up some people who just want a galaxy opal team ASAP, but it does mean these cards start to walk all over each other earlier as well. You can’t go back down in ratings, and there’s only so far you can go up in the ratings once you’re already hitting things like 95 overall Luka Doncic. Power creep is an issue with most online games, whether it’s in the sports genre or not, so this is not a unique problem to NBA 2K, but it’s still one worth mentioning.

In addition, with blow-bys and spacing the floor as much as possible to get blow-bys being the meta, it means many cards start to only matter if they have certain badges. Both these issues sort of tie together to make MyTeam feel very repetitive game to game online. 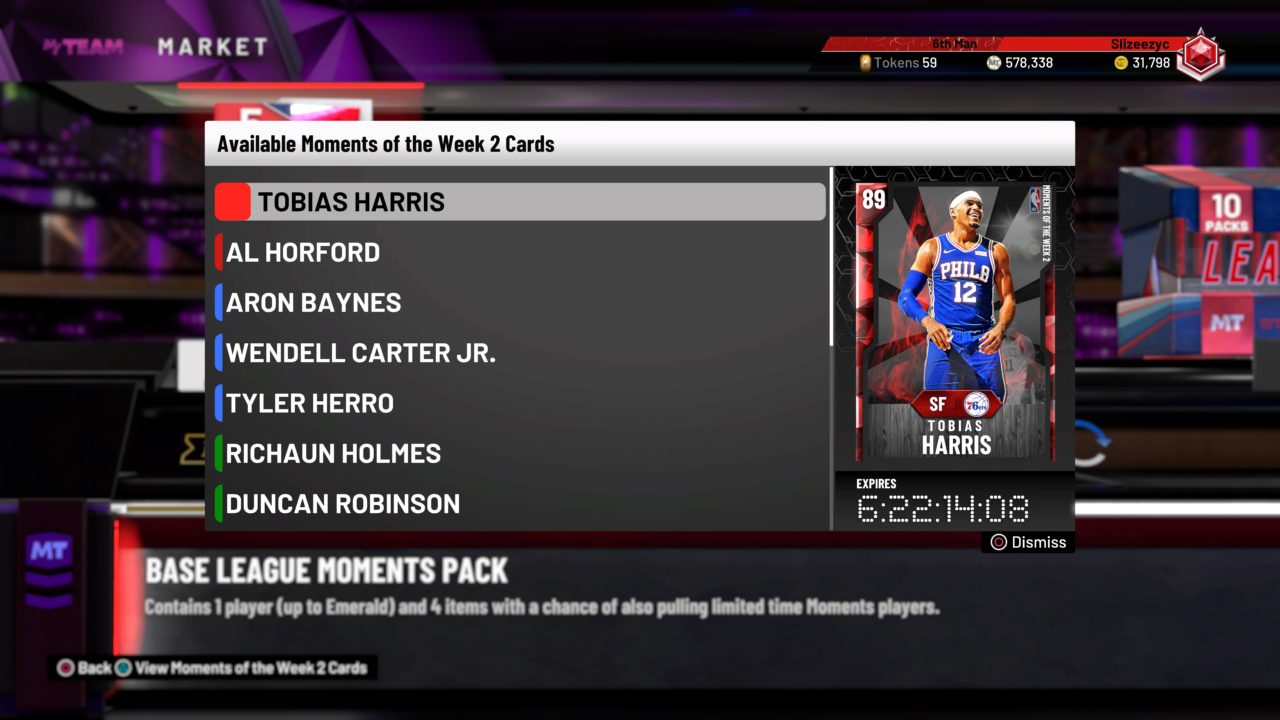 Beyond the evolution requirements, Herro is worth mentioning as having a fan-favorite release. This card when evolved may actually be a sneaky pick as a budget guy to use, especially if you plan on locking in all the moments players to get Doncic anyway. The only other card I will point out here is Aron Baynes, simply because his 3-point rating obviously got juiced because he’s shooting 46% from deep on almost 7 attempts per 36. Obviously both those numbers are unsustainable for Baynes, but it does mean he’s a center with an 84 3-point rating who also has gold quick draw, pick & popper, flexible release and corner specialist.