A bit of an underwhelming Friday pack drop as the focus today is on pink diamond Maurice Lucas. 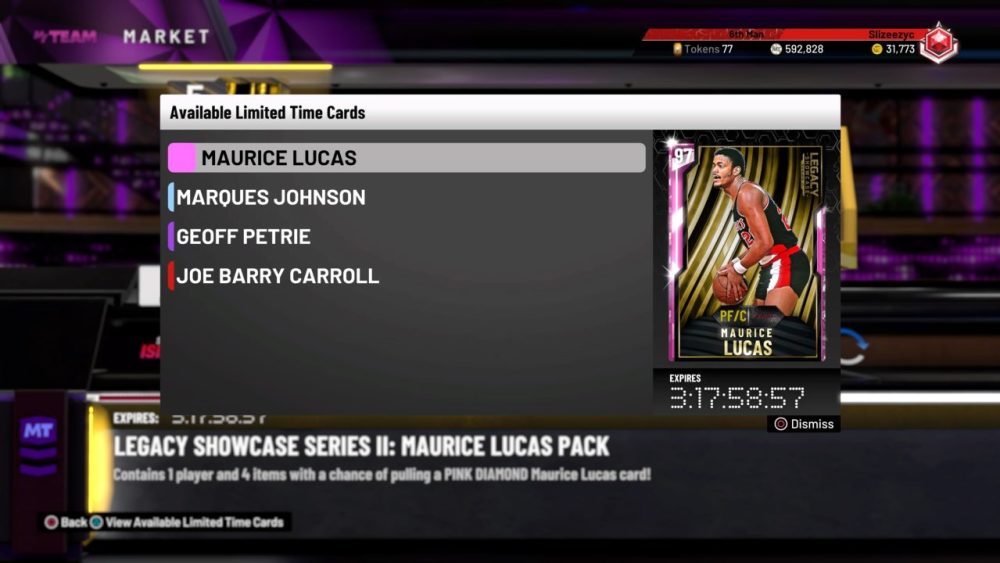 For MyTeam veterans, you might remember Maurice Lucas as a Domination reward from last season. It was a fine enough card, but it really didn’t make Domination feel worth doing at that point. I imagine this card will put off similar vibes. Again, the point of these Showcase packs is to sort of highlight lesser known players, but Friday is usually the “big day” for MyTeam so this pack comes off somewhat flat.

The other three cards in this pack are Evolution Marques Johnson — who can go to a pink diamond — and then amethyst Geoff Petrie and ruby Joe Barry Carroll. 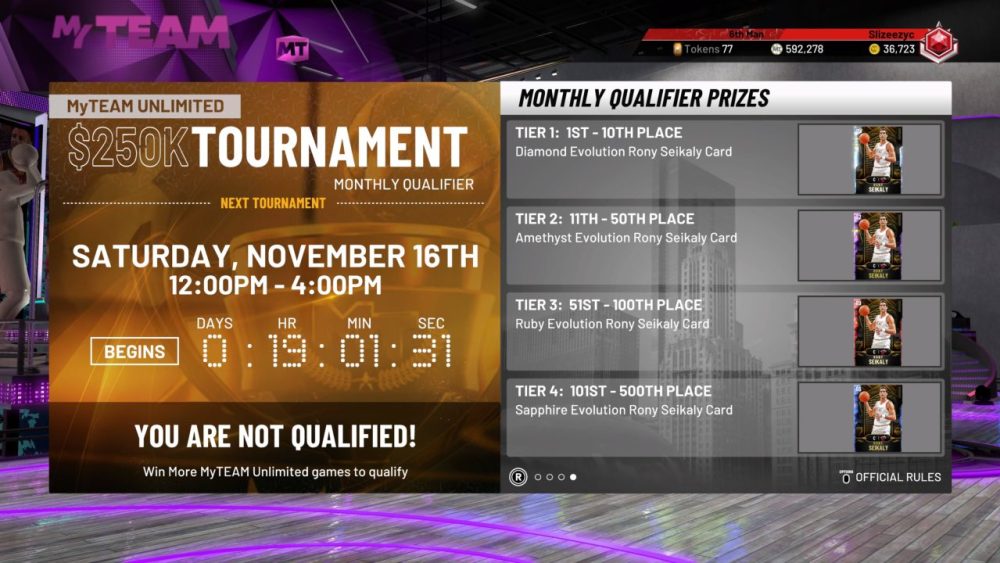 Moving on, a reminder that the next MyTeam qualifier starts tomorrow. if you have won 10 MyTeam Unlimited games in recent history then you are most likely eligible to play in it. As usual, the top four qualify for the tournament final, and (oddly) the reward card if you finish high enough is a particular starting point for Evolution Rony Seikaly. 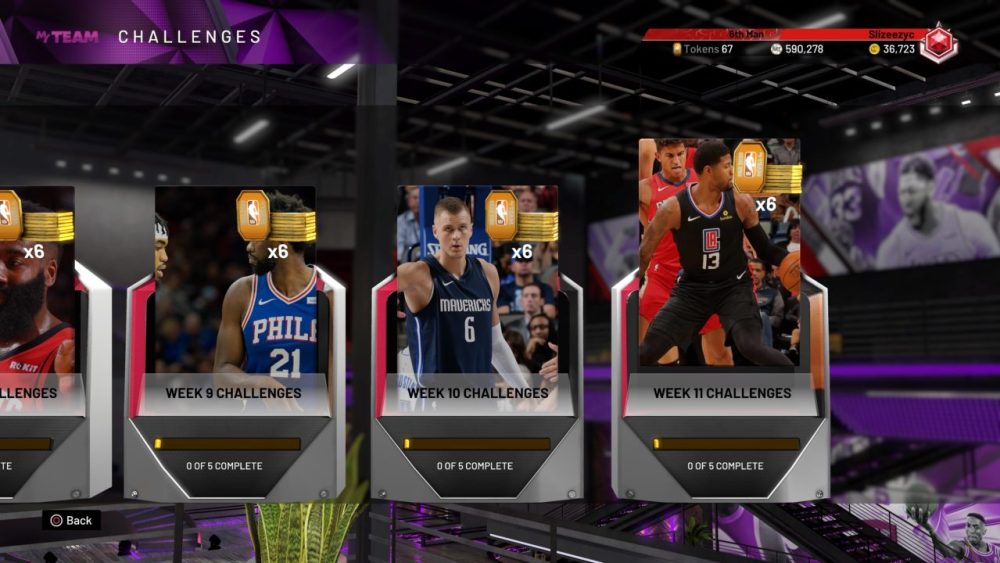 Lastly, it’s the end of the week so we got the Week 11 challenges. As always, do these for easy tokens and MT, and level some Evolution players in the process.

What Moves Have Mattered More in Video Games Than Real Life?
NBA 2K20: It's What You Make of It